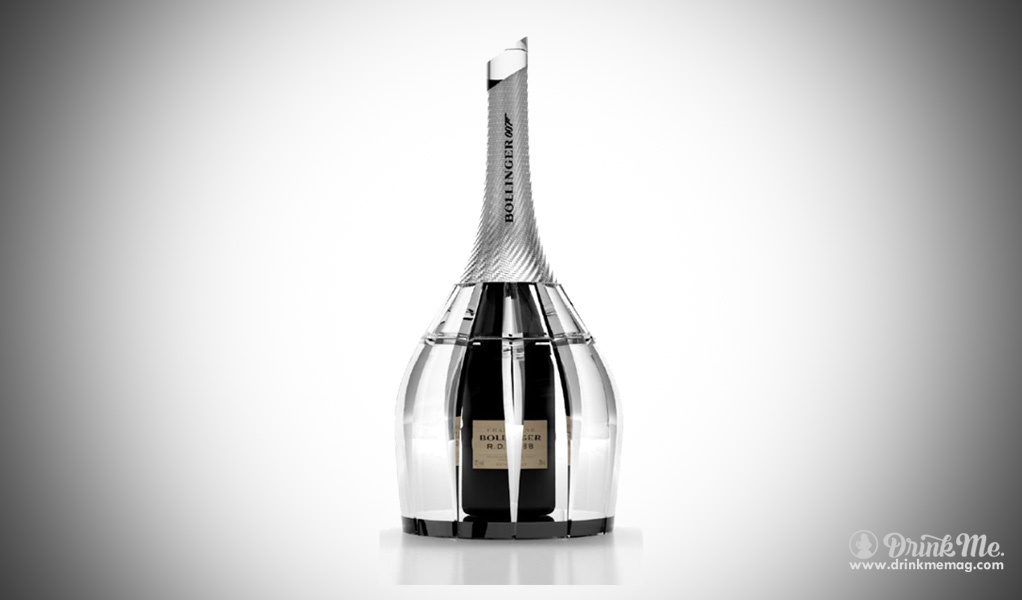 James Bond inspired and expertly crafted at Champagne Bollinger, the Bollinger 2009 Vintage Champagne Spectre Limited Edition entices consumers with an elegant and mysterious appearance featuring the sex appeal of 007’s traditional black tux and a metal chill box. Officially released on November 6th, this champagne is exclusively sourced from Grands crus from the Champagne region. The juices used are taken from the cuvée that retain the absolute best charms of the grapes. The complete breakdown is as follows: 68% Pinot Noir and 32% Chardonnay. Both are produced in small oak barrels because no one wants the wine to have the taste of wood or tannins. The mixture is then bottled and left to ferment and slowly mature in a cellar using cork stoppers to preserve its freshness and protect against oxidation. Basically, Bollinger 2009 will rise from the cellar ready to take on and captivate the world just like the infamous agent that inspired its creation.