10 Pop Culture Moments That Changed the Way We Drink 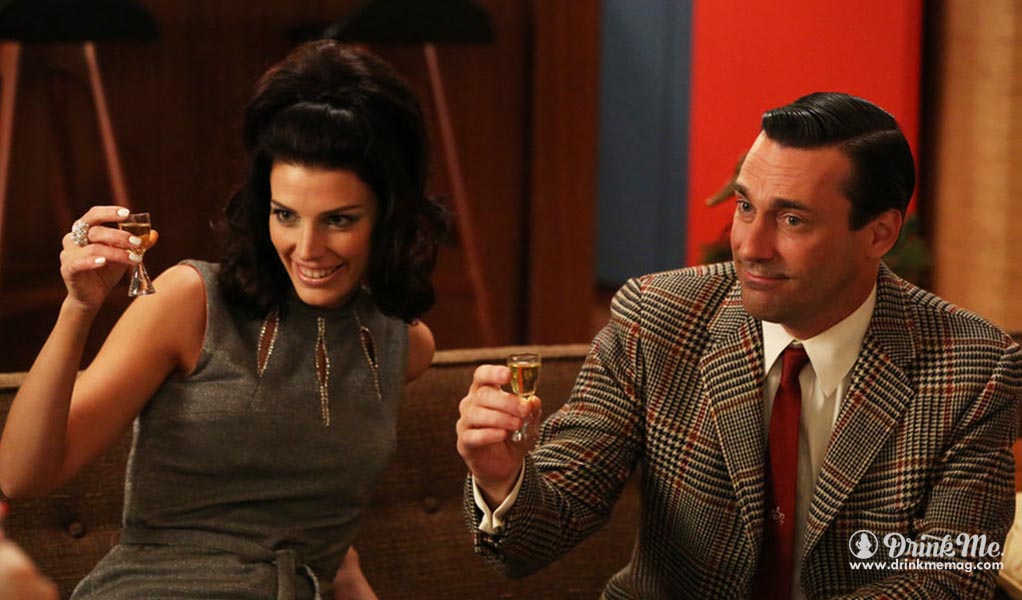 Why do we drink what we drink? Maybe we just love the aroma of a good bourbon. Or maybe it’s because we saw someone order one on TV.

Pop culture and drinking are inextricably linked, and quite a few pop culture goings-on have had a profound effect on the way we consume alcohol. Here are 10 moments that had the biggest impact. 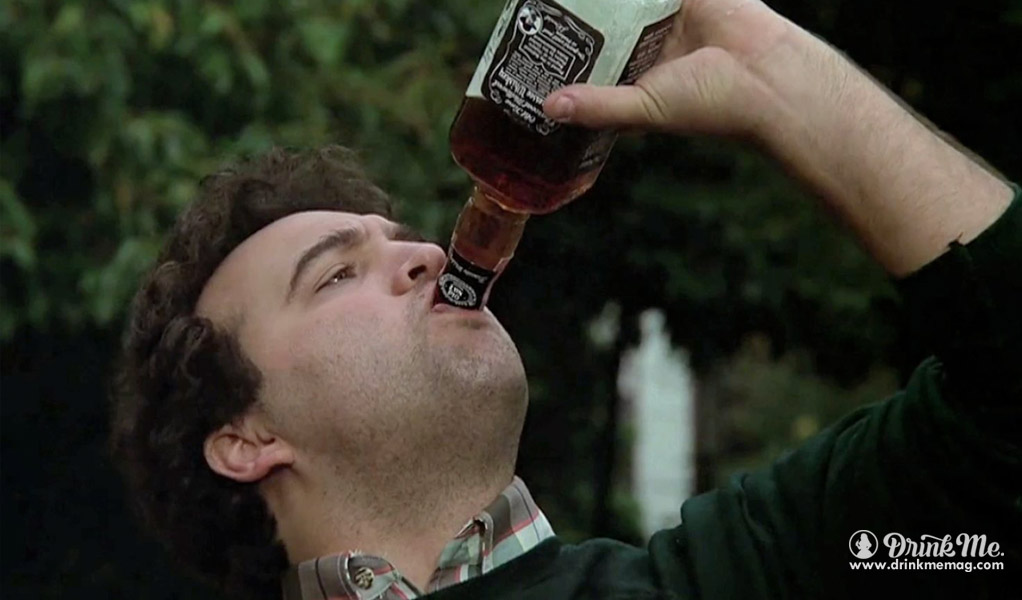 Toga! Yes, binge drinking existed before the boys of Delta house threw a little get-together in 1978’s Animal House, but college parties were never like this. While the film was intended as a broad satire of the Greek system, it was also surprisingly prescient about what the ‘80s would actually bring. Even The Atlantic published a cover story on how the film correctly predicted the rise of frat life in the coming decade of excess.

9. For Relaxing Times, He Made It Suntory Time 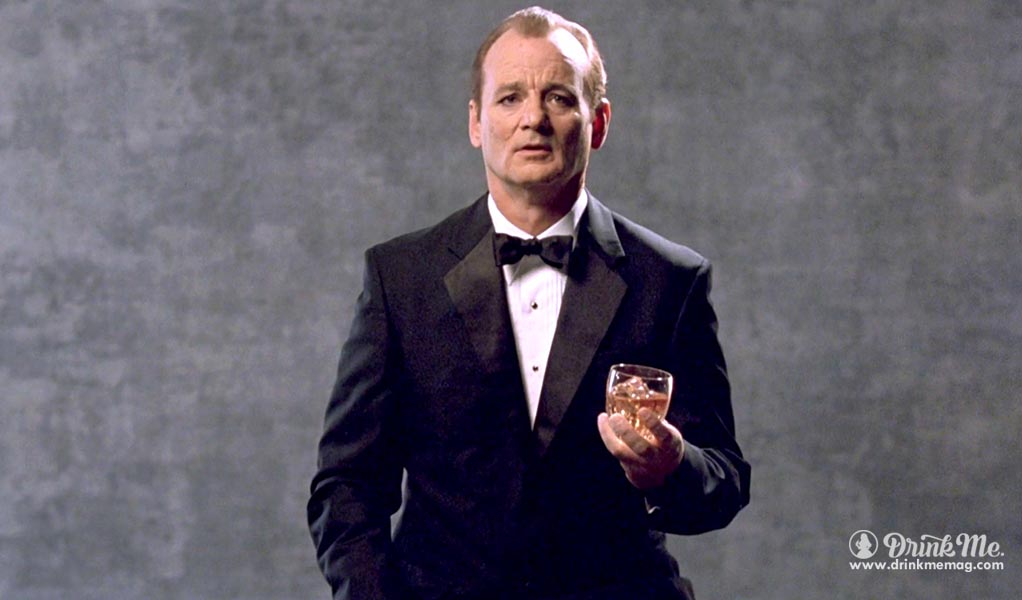 When Bill Murray’s Bob Harris got Lost in Translation in 2003, he knew how to enjoy himself: By partaking of Suntory whisky, “for relaxing times.” The scene of Murray as Harris filming a Suntory commercial has become a pop culture touchstone. It’s arguably a key factor in today’s global whiskey revival and is undoubtedly a driver in the rising popularity of Japanese whisky in the U.S.

8. The Dude Abides With a White Russian 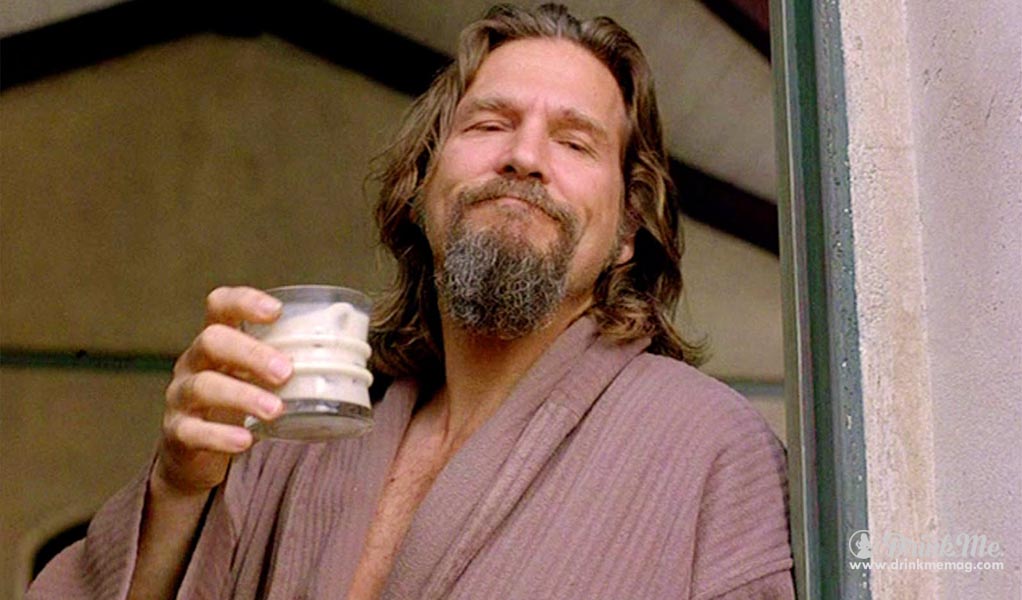 The White Russian is a 1930s invention that saw a massive revival in 1998 thanks to the least dynamic drinker ever put to film: Jeff Bridges’ “The Dude,” from the Coen brothers’ classic The Big Lebowski. Today it remains wholly impossible to enjoy one unless attired in a bathrobe or a sloppy cardigan. 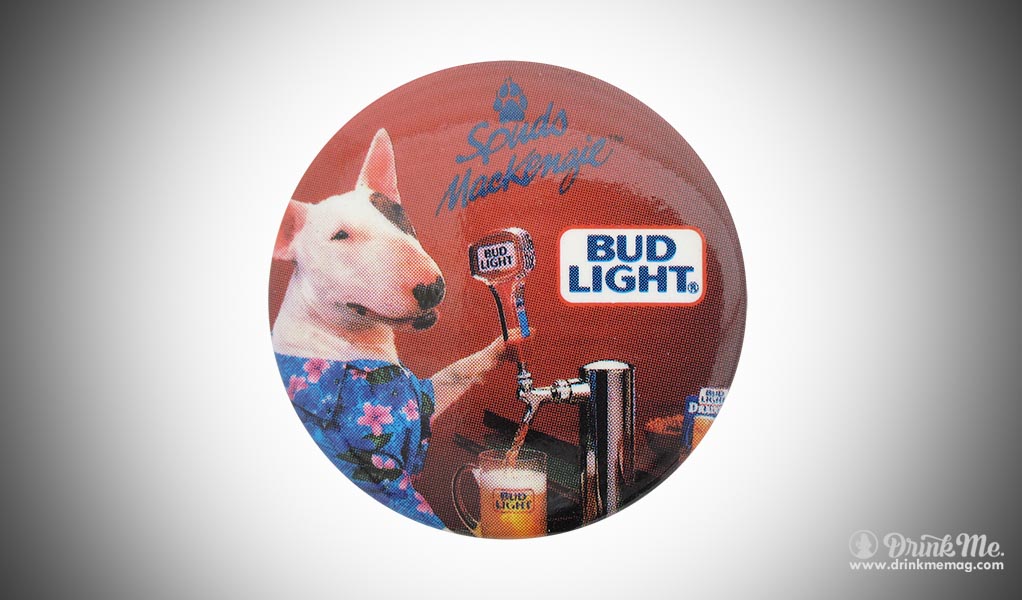 Those Clydesdale horses. The Bud Bowl. Wazzzuuuuup? All iconic images that we associate with Budweiser, the King of Beers. Budweiser doesn’t mess around when it comes to advertising. As of 2013 it ranked 25th on the list of most heavily-advertised brands in the U.S., with ad spending of $449 million the previous year. The result? It’s no longer possible to knock back a Bud without giving at least some thought to Spuds MacKenzie. 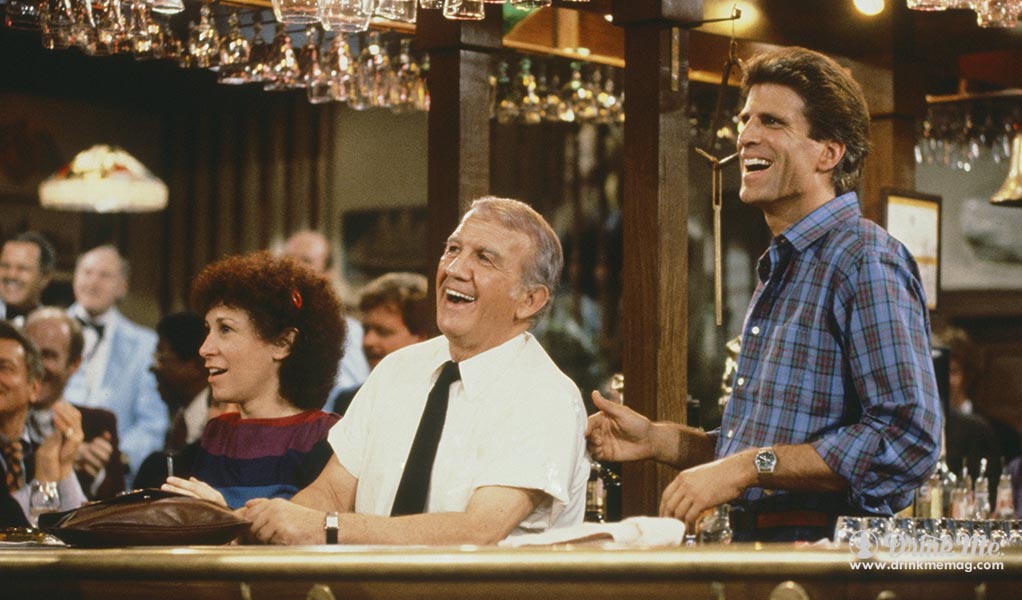 Wouldn’t you like to get away? In the conservative Reagan era of 1982, the idea of a family-hour television show set entirely in a bar must have been a tough sell. But Cheers endured, and its phenomenal success made hitting your local after work a bit less controversial. Today, heading to a place where everybody knows your name after a long day has become a veritable national pastime. 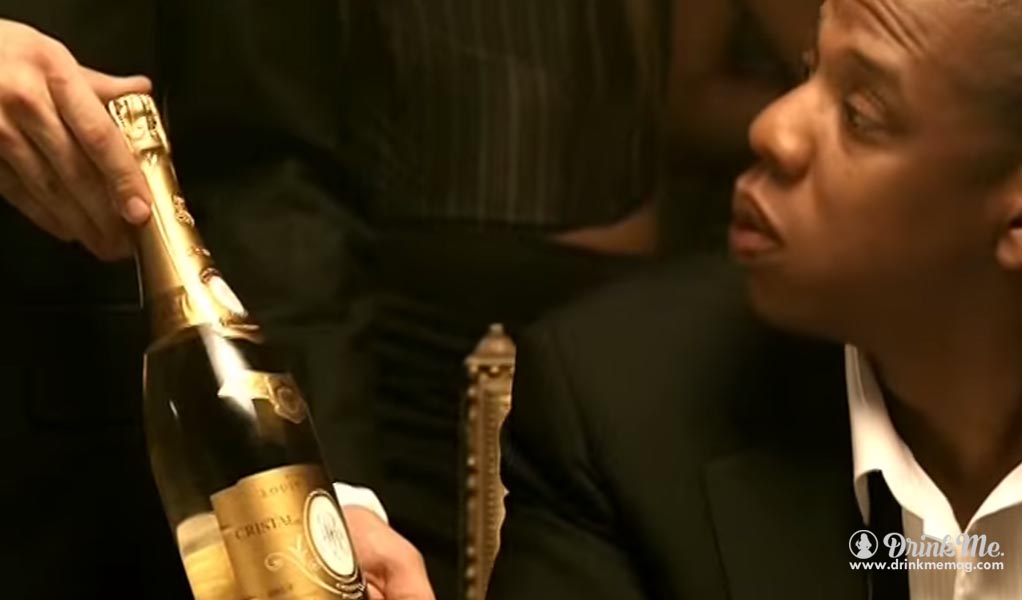 In 1994, Jay-Z began his love affair with Cristal, at the time an obscure – but wildly expensive – brand of Champagne. Relatively cheap Moet was popular in the clubs, so buying those all-gold-labeled bottles of Cristal instead meant one-upping the crowd. It was all for show, and it worked. Cristal (plus luxe bottles of Cognac) became the currency of the VIP room – at least until Hova dropped it for Armand de Brignac last year. 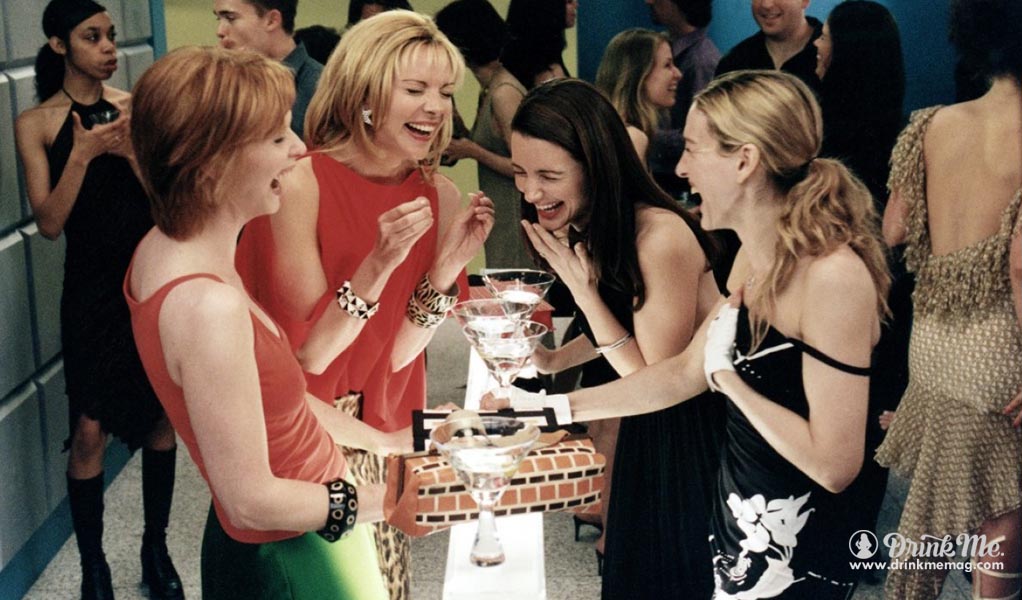 The first Cosmopolitan was ordered on Sex and the City in 1998 – and with it a legion of upwardly mobile women decided it was safe to stop drinking White Zinfandel and start drinking real cocktails again. Well, real enough. The sticky mix of vodka, Cointreau, lime juice, and cranberry juice actually got its start years earlier, but it took Sarah Jessica Parker to make it a happy hour mainstay.

The Old Fashioned never exactly went away, but it was never as hip to order as it was in the 2010s. Thank the cast of Mad Men, which seemingly lived on a diet of Old Fashioneds, Martinis, and straight spirits – particularly stodgy Canadian Club – for seven seasons. If your bartender doesn’t agree, just check the sales for Canadian Club. In 2011 alone, some expressions of the whisky saw sales double. 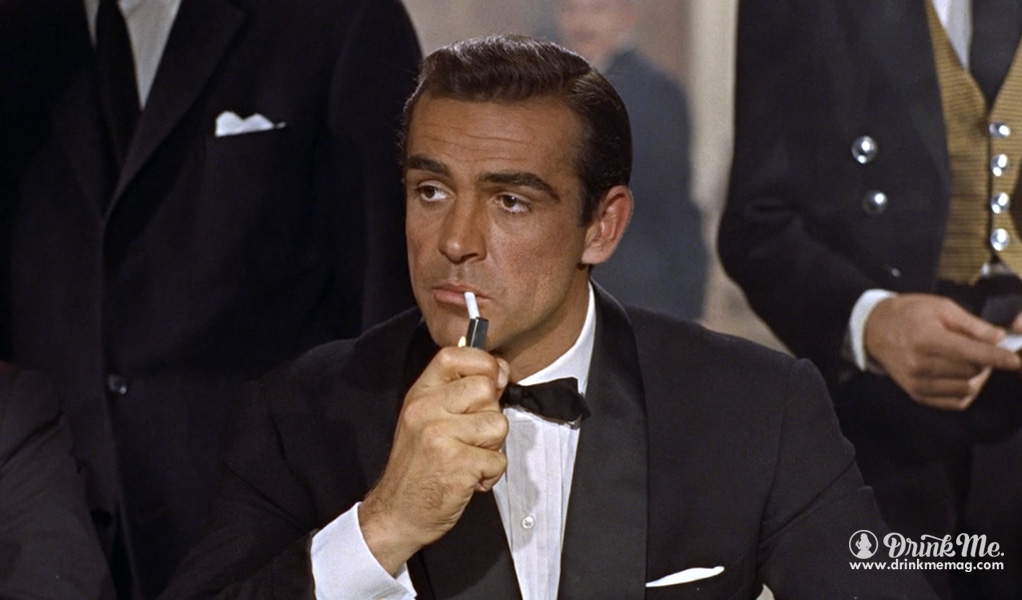 Vodka kicked off in America with the invention of the Moscow Mule by Smirnoff, but it wasn’t until Sean Connery ordered his first vodka martini in 1962’s Dr. No that vodka became legitimately cool. Half a century later, Bond still reigns at the movies and the debate is still raging on whether shaking or stirring is the best way to mix the drink.

1. Sideways Turns the World Against Merlot and For Pinot Noir 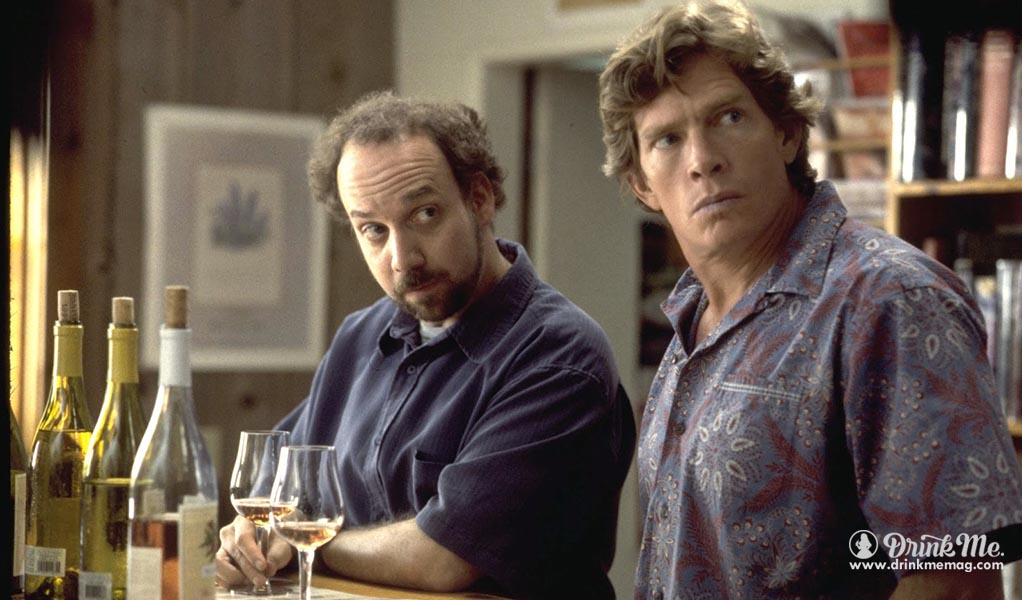 No one could have imagined what Paul Giamatti’s single, throwaway line – “I am not drinking fucking merlot!” – in 2004’s Sideways would do to the wine business, particularly the sales of derided merlot and glorified pinot noir varietals. No merlot is consumed in Sideways, and in the decade after its release, it wasn’t consumed much in America, either. One study declared that (although merlot sales were already falling) “virtually all results are consistent with the theory that Sideways had a negative impact on merlot”, but that the positive impact on pinot sales was even greater.

About the Author Christopher Null

Christopher Null is a longtime journalist, film critic, and spirits writer. He has written about spirits daily at Drinkhacker.com since 2007.

Next post American Pét-Nat Is Taking The US By Storm: WHAT Is It & WHY Should You Be Drinking It?!