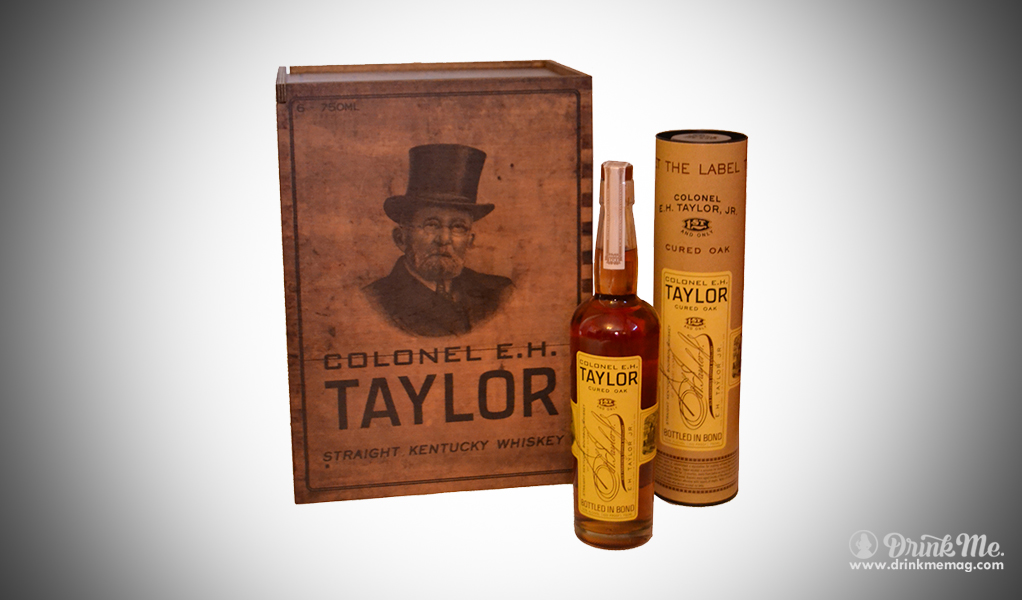 Buffalo Trace Distillery pays its homage to former distillery owner Colonel Edmund Haynes Taylor, Jr with a new release in the Colonel E.H. Taylor, Jr. collection. This long awaited (try almost two decades!) bourbon whiskey finally hits the shelves. Taylor is considered one of the founding fathers to the bourbon industry fighting for the Bottled-in-Bond Act of 1897 during his ownership of Buffalo Trace. His innovated methods, such as climate controlled aging warehouses, are still implemented today.

Colonel E.H. Taylor, Jr. Cured Oak Bourbon Whiskey sees the light after 17 years. Typical barrel staves are left to dry outside for 6 months, but the white oak barrel staves drying time for this special release ran slightly lengthy at 13 months. Due to the extra drying time, the whiskey extracts a richer and more complex flavor from deep within the oak’s natural fibers. Taylor’s iconic brick and limestone warehouse built in 1881 then housed the filled barrels for a hibernation time of 17 years. Emerging with an appeasing aroma of tobacco and dried fruits mingled with a flavor explosion of vanilla, toffee, figs and undertones of dry oak, this medium bodied beverage will leave your taste buds with a long, dry finish craving more.

Available in limited supply by the bottle for $69.99

Next post The Ultimate Guide To The Top Beer Joints In Washington, DC.