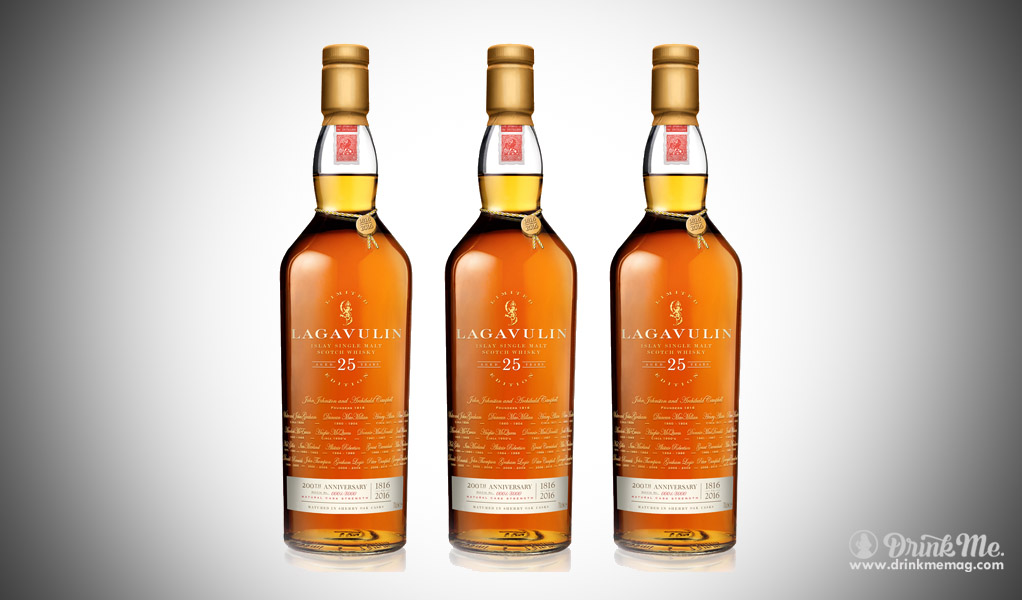 Founded in 1816 on Islay’s south coast between Ardberg and Laphroaig, Lagavulin Distillery was created by John Jonston. In 1862, the distillery changed hands to blender John Logan Mackie. His nephew Peter J. Mackie learned the tricks of the trade and became known as Sir Peter Mackie, one of the most honorable figures of the late 19th century whisky. Today Lagavulin runs 24/7 with a continuing global demand. Between 2005 and 2008, the San Francisco World Spirits Competition prized Lagavulin with four consecutive gold medals.

Celebrating the 200th anniversary of Lagavulin, the distillery released a special 25-year-old Lagavulin, a well-matured expression aged in ex-Sherry casks. In recognition to each manager that contributed to Laguvalin throughout the years, the distillery etched every distillery manager on the bottle, including the dates. This limited edition cask strength will be limited to 8,000 bottles produced, 1,200 of which will be released in America. This 25 year old whisky has a medium, rich body, notes of fig and coffee, an intense charred burnt wood palate, followed by a long, smooth, fragrant, smoky heat that takes over your taste buds, ending with a quick cooling eucalyptus. The taste could start a fire!