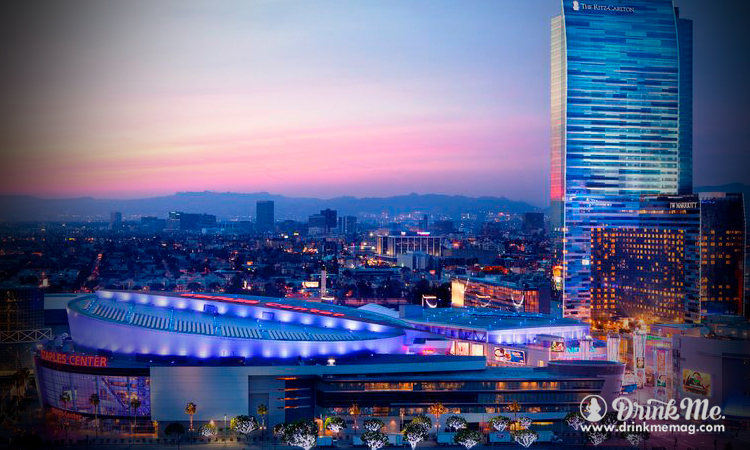 “Uno Poblano Escobar,” I said, close the bartender’s ear, not because I was ordering something illegal, but rather because the music, loud chatter, and laughter drowned out everything else at Las Perlas. You read that right, Poblano Escobar, not to be confused with Pablo Escobar—Colombian narcoterrorist-cum-politician. The fresh and sweet pineapple, lime, and agave met the spice of the poblano chili just as I hoped it would. Every part of this place screamed Mexico dive bar: the loud crack of billiard balls came from the corner, cat-calling came from the balcony, tequila and mescal came from the bar. Mexico? No. This is downtown Los Angeles.

Many of the popular spots in L.A. are in fact like the movies: beautiful people, fancy drinks, and even fancier cars. It can be a turn-off for the common traveler who isn’t exactly coming to Los Angeles to fit in with the Hollywood scene. But there’s something different about downtown Los Angeles.  For the first time I found myself identifying with Dorothy from the Wizard of Oz. I couldn’t stop repeating, “We are not in L.A. any more,” after every single bar we visited.

My first stop on my nightlife crawl was the only one that had Los Angeles written all over it: The Standard Hotel. But it was anything but standard. Entering the hotel, we found ourselves following two women dressed as “sexy nurses” down a narrow and dimly lit corridor to the elevator. The doors opened to reveal a tattooed elevator operator who welcomed us in. At this point one of the sexy (and sarcastic) nurses said, “No, this isn’t creepy at all.” All apprehension subsided when we arrived at the rooftop pool and bar. Music was blaring, drinks were sloshing, and booties were shaking. This is where the beautiful people in L.A. are.

To our left was a quaint biergarten where ladies in dirndls handed out steins of beer. To the right, men and women bellied up to the rooftop’s main bar, ordering drinks and swaying to lively music. Beyond the bar, hotel guests were finishing up their day at the pool. All this plus a beautiful backdrop of the downtown Los Angeles skyline. Oh, and did I mention the waterbed cabanas by the pool?

Just a few minutes’ walk from the Standard down 6th Street, I spotted a brightly lit sign advertising cocktails and French-dipped sandwiches since 1908—I’m a sucker for anything remotely old-school. Cole’s has long boasted the title of being the oldest restaurant and bar in Los Angeles. Not only that, but it also claims to be the originator of the French dip sandwich. But first, there were drinks.

We wound our way to the back of the restaurant to what looked like a door to the bathroom. What we entered, however, was no water closest but was rather an entirely different bar. It was the Inception of bars – a bar within a bar. “We’ll all take a round of the bartender’s choice,” I told the dapper bartender. I watched closely as he hand-cut ice into our glasses, and lovingly selected fresh limes and ginger. I was presented with a Cablegram, made with rye, freshly squeezed lime, soda water, and ginger. No other whiskey and ginger has anything on this.

After a round of French dip sandwiches at Cole’s, it was on to the next bar, Seven Grand, located just a half-mile away. All these bars: Seven Grand, Cole’s, The Varnish, and Las Perlas, are part of 213, a nightlife group that highlights L.A.’s handcrafted cocktail scene. Some, such as The Varnish, pride themselves on their vast selection, others, such as Las Perlas and Seven Grand, highlight specific spirits.

Seven Grand feels and smells like an old southern hunting lodge where you’d expect nothing but stiff drinks. If you guessed it’s a whiskey bar, then you’re right. There was standing room only and it was a scrimmage to get to the bar. I went for one of Seven Grand’s signature drinks, the mint julep. The drink is something of a frosty bourbon snow cone served in the traditional metal tin— the bartender asked for my credit card as collateral until I returned the tin. Head to Seven Grand on a weekday night and you may be treated to live jazz.

With many of these bars located in what’s considered the heart of downtown Los Angeles, you may wonder what game nights are like. The answer is that most fans stick to the area around the STAPLES Center where you’ll find several bars, including the Mixing Room and Wolfgang Puck’s WP24, on the 24th floor of the Ritz-Carlton. Here, you might not find the offbeat ambiance like at the bars listed above, but you will find unique drink experiences. The new trend of barrel-aged cocktails is washing over LA. You can find Manhattans aged in oak for weeks to bring out an even stronger and more robust flavor.

There are some destinations in the world that naturally cater to drink enthusiasts: Northern California for wine lovers, the Caribbean for rum connoisseurs, and Belgium for beer drinkers. And then there are other destinations that will never reach that status but proffer many pleasant surprises nonetheless, not just because they’re unexpected. Downtown Los Angeles is one of those destinations. Go for Hollywood or the beaches, but stay for the craft cocktails, and maybe, like me, you’ll find yourself saying, “I’m not in downtown Los Angeles any more.” 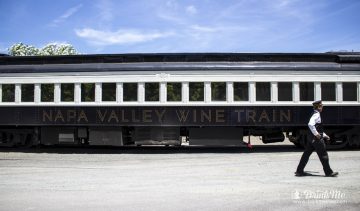 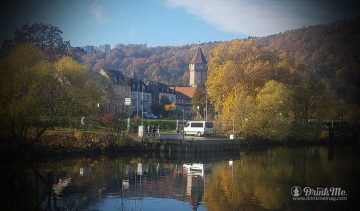 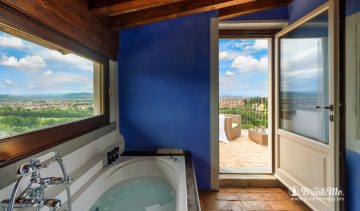