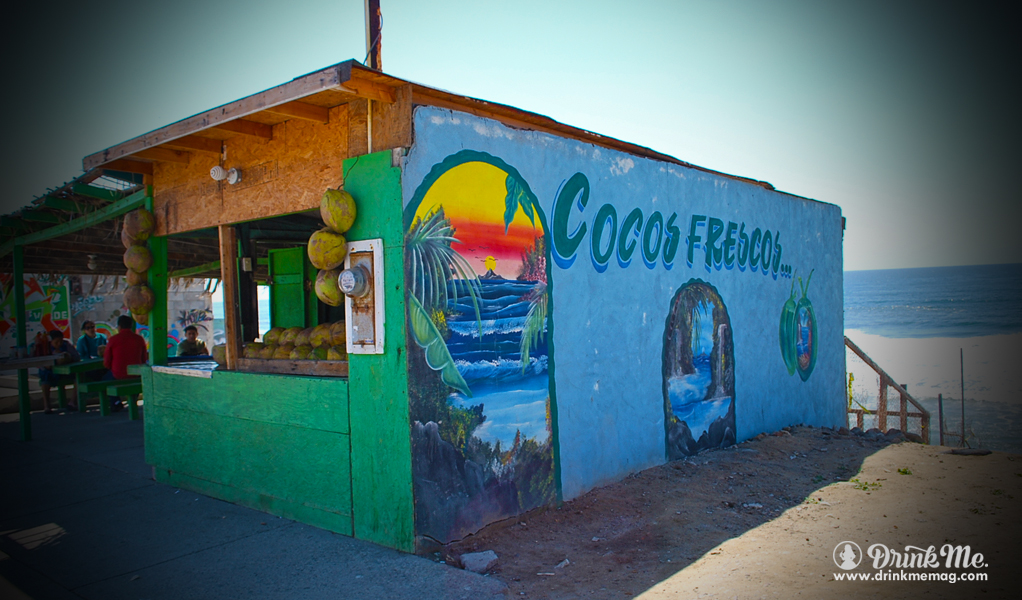 There are few cities in the world as vibrantly alive as Tijuana. From the second the I-5 enters Mexico and drops you in the center of the border metropolis of more than a million people, you can’t help but become infused with the nonstop energy the city embodies.

Though many Americans still see Tijuana as the cartel-saturated warzone it was in the late 2000s, the city located just 30 minutes south of downtown San Diego has impressively bounced back from its years of violence with a rich creative culture and growing gastronomical Renaissance that, for me, meant my food-filled days easily bled into endless Baja nights.

Without tourists around to fuel its former tequila-shot-obsessed atmosphere, young locals have reclaimed Tijuana’s bar scene by promoting instead a locavore-heavy drinking culture unlike anywhere else in Mexico.

As soon as I arrived after an easy drive across the border, I landed at Beer Box, one of the first bars in Tijuana to serve craft beer, aka cerveza artesanal. Opened in late 2009 by a 20-something beer fan, the small storefront in a strip mall has just a few taps and a fridge of beers focused on brews from San Diego, Belgium and, of course, Baja California.

The Belgian golden and the porter from a young Tijuana brewery called Monastika were on tap and my friend—whose own Tijuana brewery, Silenus, was undergoing an expansion—recommended both. Mexico’s alcohol regulation system hasn’t yet caught up to the growing craft beer scene and so many of the new craft breweries that have gone to market in Baja produce small-scale batches on homebrew-sized systems that live in backyards, garages, or storage rooms. Some cervecerias live in this grey area, albeit one that currently does not prevent their beer from being bought, sold, and served.

Soon after finishing my beers, I was whisked down the street to Plaza Fiesta, an outdoor maze of a mall filled entirely with drinking spots, each with their own personality: El Tigre hosts punk bands and serves craft beer; Porky’s is a chain of local bars that blares loud music and has good Tecate deals; Sótano Suizo is a European-style pub that brews its own beer, and Vintage Cocktail Room is the only one in the complex with its own mixologist on site.

At Sótano Suizo (“Swiss Basement”), Brewmaster Damien Bosiger makes, among other brews, a porter and a kolsh that pair well with the pub’s food lineup of sausages, meat plates, and other European specialties. After exploring the many nooks and crannies of the Bosiger family’s intimate yet sprawling multi-story bar, we stumbled next door to Vintage.

There, in the dimly-lit lounge decorated with table lamps and other household décor, we ordered a round of bigote blancos, or white moustaches. The house specialty is made with hibiscus-infused vodka, white wine, pomegranate liquor, passion fruit, and a frothy coconut-crème topping so thick that it leaves a layer of foam—a white moustache—on your upper lip.

Though the 2 a.m call time came and went without much urgency to clear the bars, the deceptively potent Bigote Blancos began to take their toll and a cab ride back to my room at Hotel Ticuán downtown was all but necessary.

In the morning, breakfast at La Diferencia included mole poblano and plenty of nopal (cactus), but it was the pre-noon alcoholic dessert at nearby Tepoznieves that started the second day in Tijuana off right.

Nieve is Mexico’s slang for ice cream, and at Tepoznieves, there are a dozen of these concoctions that also have alcohol churned in. From tequila to eggnog to rum-raisin to piña colada, these boozy sweets are obviously not for children, and yet I found myself feeling like a kid again, giddily gorging on little scoops of red-wine-strawberry ice cream and gin-and-coconut sorbet.

The rest of the afternoon was split between two facing locations on Calle Orizaba. BCB Tasting Room is the biggest craft beer bar in Tijuana with 48 taps of American and Mexican beer. And directly across the street is Verde y Crema, a new farm-to-table restaurant that is raising the bar for Tijuana’s gastronomic scene. Named after the former transit depot in which it is housed, Verde y Crema’s kitchen uses all-Baja ingredients and is highly recommended for its Baja wines.

Since Tijuana never sleeps, I forced a second wind and was whisked away to a spirit-centric night in downtown, starting with the city’s new whiskey bar, Gaélico Escocés (“Scottish Gaelic,” like the language). Here, I sipped on Dalmore 12 Scotch and tasted some whiskey from the bar’s first bottle of Japanese Hibiki, all with chilled stones instead of ice cubes.

After getting full of whiskey and already having wine and beer in my system, there seemed to be only one last logical stop on my fast-paced Tijuana drinking tour—La Mezcalera.

As the city’s premiere mezcal bar, La Mezca (as it’s called) has 40 different kinds of the smokey tequila cousin on draft. And even after the area began to pulsate with loud clubs and hoards of party-going twenty-somethings, the bartender still took the time to pour me a sampler flight of mezcals explaining each one along the way.

In Tijuana, drinking is not about choosing between beer, wine, or tequila, it’s about mixing and matching (and even eating it with your ice cream). With newfound pride in their cosmopolitan border city, they residents are fueling a culinary revolution by drinking anything and everything—as long as it’s local—for as long into the night as they wish.

Warning: not all places in TJ have the actual address numbers on their building, so saying “between these two streets” is necessary

7 Amazing Labor Day Cocktails And Where To Find ‘Em 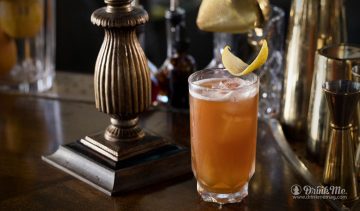 About the Author Sarah Bennett

Sarah Bennett is a journalist, editor and designer living in Long Beach, CA. She is currently on the editorial board at Beer Paper L.A. and has been a freelance writer for ten years covering music, food, beer, cocktails, art and other cultural things for a variety of local, national and international publications.

Her words can be read in L.A. Weekly, O.C. Weekly, L.A. Record, City Beat Long Beach, Paper Magazine, Beer Advocate, Long Beach Post, CNN.com, Thrillist.com, Drink Me! Mag, Vienna’s Der Standard and more. Sarah is a two-time graduate of the University of Southern California, where she got her BA in Communications and her MA in Specialized Journalism with an emphasis in the arts. She loves hoppy Belgian beers.