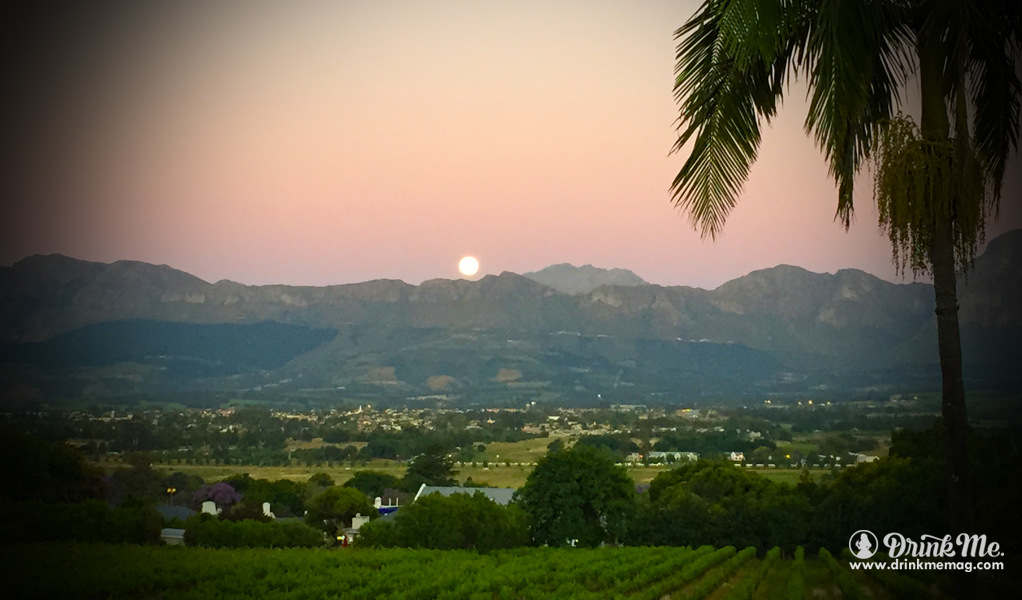 Continued from A Week in South Africa: Part 1

Too many consumers still associate South African wine far too exclusively with Pinotage among reds and Chenin Blanc among whites. And while these two highly successful grape varieties of course play an important part in the national wine industry, they are far from the only ones that consumers should be aware of.

I’ve been in South Africa for a week now, and among so much else that I’ve been impressed with, I can happily include the wide range of grape varieties and styles that are being produced with immense success.

Among the whites, the big surprise for me has been that I’ve tasted and enjoyed at meals far more Sauvignon Blanc than anything else. The SB here—at least from the parts of the country that I’ve visited so far, including Franschhoek and Paarl—have tended to find a perfect middle ground between expressive New World fruit and beautiful Old World minerality. Groot Constantia’s 2014 bottling, with its bright mineral notes, was excellent. Viognier, too, has been fantastic: The ones I’ve tasted have boasted all of the aromatic complexity you’d expect from the variety, alongside a more pronounced acidity than I tend to find from most other places around the world, which makes them infinitely more food-friendly.

I have of course savored plenty of delicious Pinotage (I’m still thinking about the Mellasat White Pinotage 2013 in addition to the red expressions), and my love of South African Shiraz has been a fantastic surprise. Stylistically, they have run the gamut from more Northern Rhone-influenced, with plenty of peppercorn and bacon notes alongside their blackberry fruit, to more New World in style, with vibrant ripe berry fruit and spicy plum notes that are absolutely addictive. The 2013 Shiraz from Babylonstoren embodied all of these aspects with ease.

Of course, this is far from a comprehensive list—the Merlot and Cabernet Sauvignon (and more!) here are delicious; I’ve loved the rosé—the Noble Hill Rosé of Mourvedre 2014 was particularly memorable; Chardonnay, both with and without oak, is produced with real skill here; and the Method Cap Classique sparkling wines are worth seeking out wherever you live.

The point is this: South Africa’s wine industry is beyond impressive, full of passionate, highly talented professionals; world-class terroir; an amazing winemaking history; and it’s far more wide-ranging in terms of grapes and styles than it often gets credit for in the United States. I expect that last item to change soon, however: Wines this fantastic never remain a secret for long.