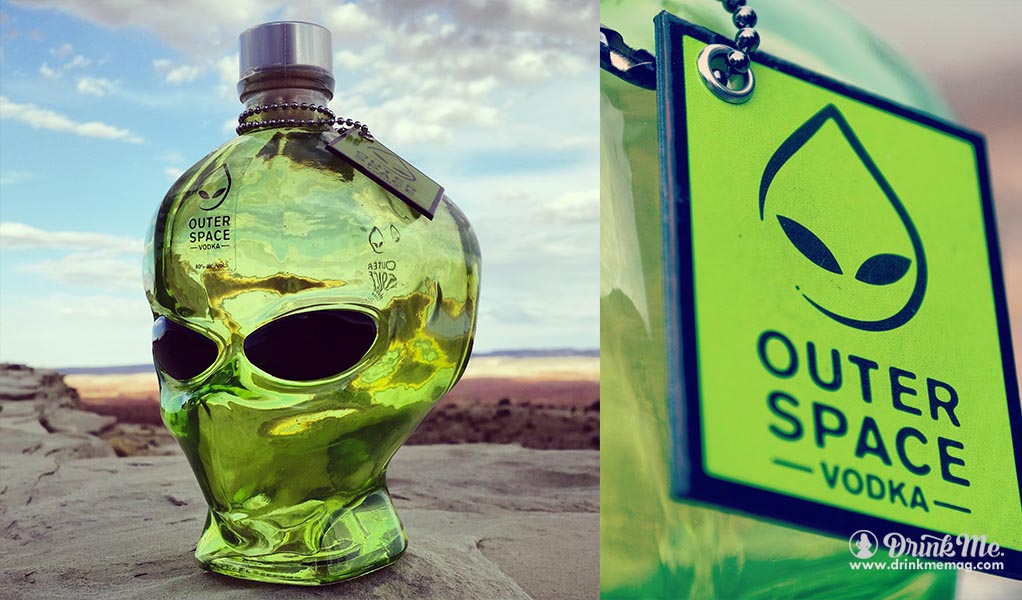 Aliens have finally made contact with you measly earthlings at least in twenty or so states (soon in 30+ states, Canada, the UK, and Australia) by way of an out of this world vodka experience. Check your local Iowa corn fields for those crop circles because this stuff began its launch from Iowa corn and is gluten free. The vodka is then distilled five times over with the final filtration process being through actual meteorites from outer space, thus our distant friends officially deemed it Outer Space Vodka complete with a perfect molded replica alien head, appropriately tinted green, as the storage unit. Causing quite the stir in the novelty drink scene with the eye-popping bottle, Outer Space Vodka is new and ready to invade the world with a special drinking experience. This vodka is built from all things alien, so what’s not to say they aren’t the true creators. Keep a lookout overhead, rumor has it UFOs will be zipping through the air to drop off the highly demanded shipments.