All Aboard The Railyard Ping Pong Table Express 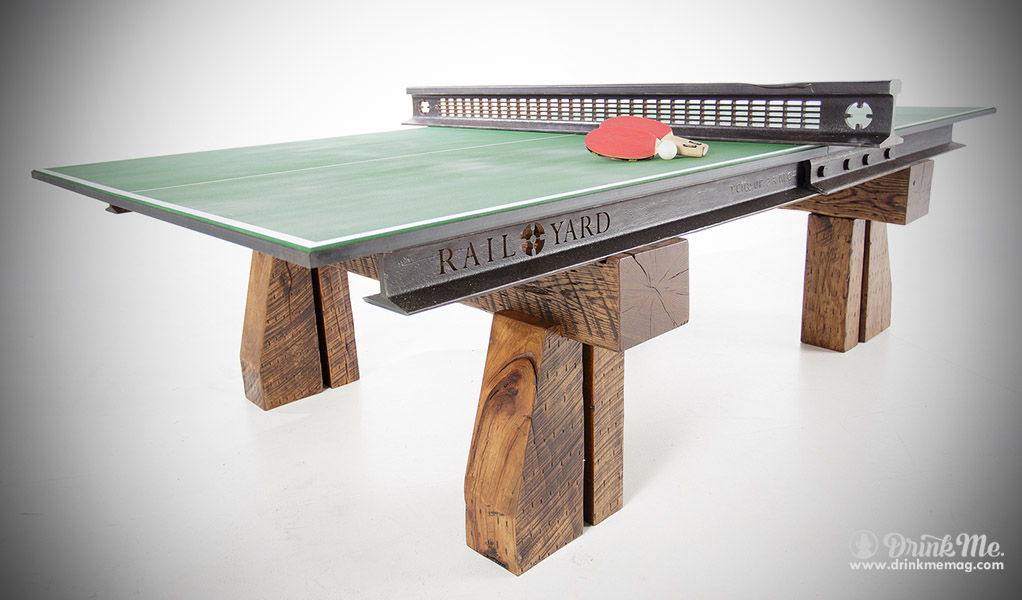 Do you like history, trains, repurposing material, and ping pong? If your answer to all four was yes, I have got to introduce you to a rather pricy (so worth it) ping pong table that is sure to astound not only you but also the people lining up for a round. Salvaged from the early to mid 1900s, the table’s side rails were produced by the Tennessee Coal & Iron Company (1904), while the “netting” was manufactured in 1943 which features an engine burn on top that explains its removal. The base of the table is comprised of large oak and hickory timbers sourced from the same plant that used the ties for the rails. This is one sturdy table that will hold steady no matter how intense or competitive your games get and this also doubles as a trendy, aesthetically pleasing party table. The table comes finished with an authentic railroad date nail from 1921 and all necessary equipment (a traditional regulation net, four paddles, and a box of ping pong balls) is included. So, all aboard!

Next post This Mixologist Gift Box Has Something For Everyone

Previous post The Most Expensive Wine For Each Top Grape Variety