Levels Unlocked In DC Pop Up 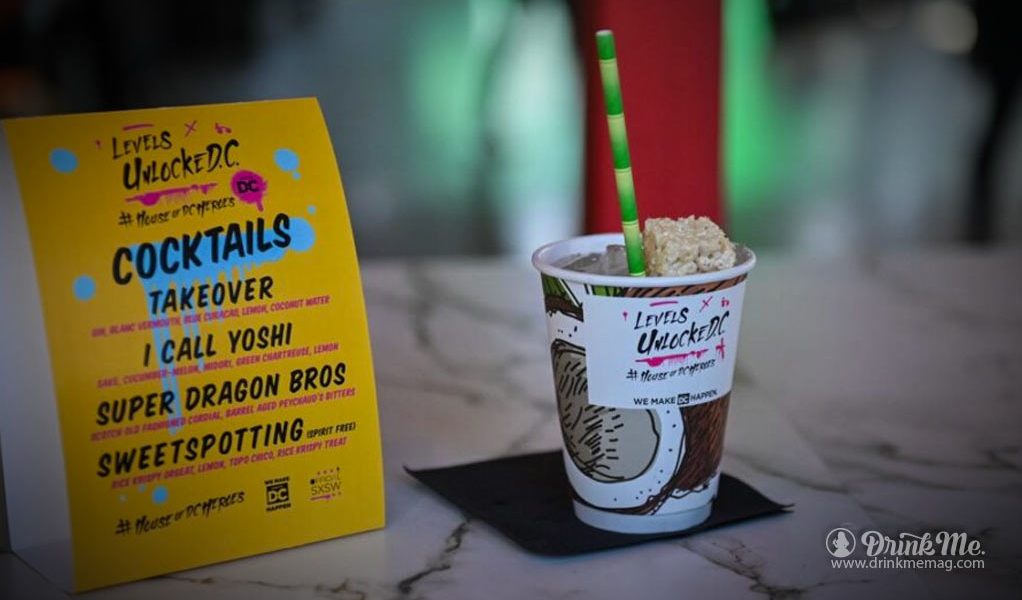 “As one of the few cities across the globe to proactively promote and support its local dedicated esports teams, Washington, DC is excited to showcase our innovative and forward-thinking initiative through House of DC Heroes in collaboration with Derek Brown and his immersive pop up bar (PUB) experience,” says Gregory A. O’Dell, president and chief executive officer of Events DC. “This another prime example of our efforts in marking the District a hub for esports. We believe esports is the future, and our partnerships allow us to position DC on a global stage to attract new and exciting industries, events and visitors to the city.”

In true Drink Company fashion, the beverage menu at Levels Unlocked: House of DC Heroes will be creative, festive, and delicious. Offerings include GOATorade, a nod to the NBA’s official sports drink and acronym for the league’s best players, based on the classic cocktail Corpse Reviver #2; Tracer’s Cup, an ode to popular Overwatch hero Tracer, made with Pimm’s in honor of her British roots along with sherry, ginger, and lemon Perrier; and Princess Peach, a cocktail honoring Super Smash Bros. Ultimate character Peach made with Pisco, peach, oolong tea, lemon, cantaloupe, and a peach candy ring garnish.

“Walking through the TV screen and into your favorite video game is something all gamers have dreamed about,” says Drink Company Special Projects Manager Adriana Salame Aspiazu. “I wanted to bring this idea to life by celebrating three of the best games out there in the design of this pop-up bar. From the sunny scenes of Super Smash Bros. to the cherry blossoms in the Hanamura stage of Overwatch to the hoops and hardwoods of NBA2K19, every inch of the pop-up will be full of color, art, and interactive installations.”