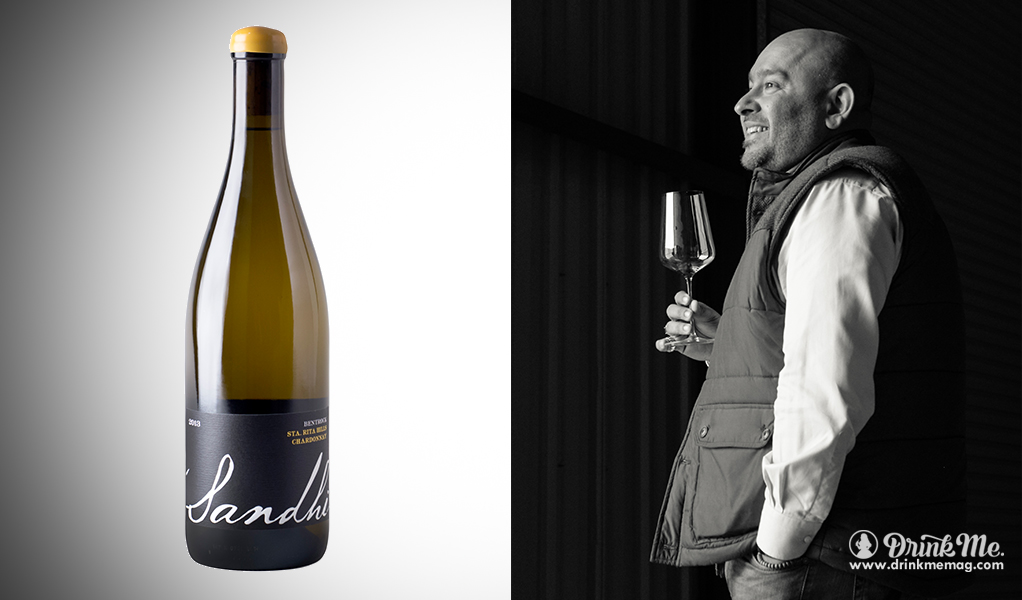 For years now, Rajat Parr has been among the most highly regarded and well-known wine professionals in America. From his work with Michael Mina and his own restaurants to, now, finding acclaim as a winemaker himself, his many talents have served him, and the wine-loving public, well over the years. We recently spoke with him on the phone about his wines—the excellent Sandhi and Domaine de la Côte—the ways in which his restaurant background has prepared him for this new line of work, and why acid in wine is perhaps more important than most people assume.

Brian Freedman:      You seem to be everywhere right now. What are you up to these days?

Rajat Parr:                  I was in the restaurant for many, many years and I’m still in the restaurant business, but I don’t do any operations any more. I phased out of restaurants like two years ago. I have a restaurant called RN74 in San Francisco and another one in Seattle, but I spend most of my time just focusing on my wines and the vineyards. We have one vineyard here in Santa Rita Hills and we have one vineyard we just took over in Oregon. That new project is definitely taking up a lot of my time right now. It’s an existing vineyard established in the mid ’80s called Seven Springs, part of the Evening Land property. We acquired it earlier this year, me and my partner Sashi Moorman… So definitely more of my focus is there at the moment.

Brian Freedman:      You know, it’s funny: Most successful sommeliers or wine professionals, it seems like at some point they’re asked, “Do you want to get into the winemaking aspect of this?” I’ve pretty much heard answers divided 50/50. Have you always wanted to do this, or did this evolve over the years?

Rajat Parr:                  No, it’s evolved over the years. After working on the restaurant floor for almost 20 years, I thought about 10 years ago, “What’s going to happen to me after I finish working the restaurant floor, because I can’t work in restaurants every single night later on my career.” I just started making a little wine for fun, and then I got more engaged and just more fascinated. The quest just got more and more interesting… Eventually, we decided that that’s going to be the path, we discovered this vineyard which Sashi planted, and we took it head on. We just went for it.

Brian Freedman:      Is it what you expected? Obviously there were surprises along the way, but is it more or less what you thought was coming?

Rajat Parr:                  No, that’s something I didn’t expect… My whole philosophy is make the best of what you have, and that’s the way we went with it. We knew that this area had potential to make some incredible wine… Even now, we try to follow the philosophy of just total hands-off, and hopefully something interesting and delicious comes out of it. It’s a humbling experience. There’s a lot you control, and a lot you don’t; mother nature gives you a gift and hopefully the rest, you can take it from there.

Rajat Parr:                  The vineyard just gives you what it gives you… [But also], the wines I like drinking, the wines I collect myself, they are more on the fresh, more on the vibrant acidity side. I think it’s both. I think the wines are scientifically made in the way we like it and also the area supports that with the natural acidity and the vibrancy…The ideal is to have optimum ripeness and have optimum acidity. We want the balance… We don’t want to make the wine without that acidity. We focus on acidity as much as ripeness.

Rajat Parr:                  Yeah, I think it’s a philosophy which a lot of European producers have. Also now, [there are] a lot of producers in California that would have the same idea. They want wines with energy and acidity…[not] heavy, cloying wines. I think that can happen at 11 degrees of alcohol or 15 degrees alcohol. I mean the alcohol doesn’t really matter, what matters more is the acidity.

Brian Freedman:      When it comes to what you’re doing, how has the response been among your fellow winemakers on the one hand, and your fellow sommeliers on the other?

Rajat Parr:                  I think everyone is pretty excited, pretty happy. Everyone is enthusiastic. Some of the winemakers, we are on the same path. We all taste together, work together, push each other, try to really get better. This generation of wine makers in California is what will change the impression of California wines in the future. My fellow sommeliers, I think they are more surprised. When I started making wine as a little hobby, that was more to prove a point. We can do it in California. Then it ended up to be, “Okay, we can do it, now how much better can we make it?”

Brian Freedman:      So is the scale of the project, as it is now, is it larger than you were expecting at this point, or is the growth of Sandhi and Domaine de la Côte going to continue?

Rajat Parr:                  No, I think this is it. This is an organic growth. With Sandhi we grew a lot more because of the demand. At Domaine de la Côte, it’s just a vineyard, it’s the same size vineyard, we plan to make 5,000 cases and that’s pretty much it. The vineyard doesn’t give you that much, and we’re happy with that. We don’t need much growth. It’s a pretty small-scale operation. It works for us.

Brian Freedman:      It’s very refreshing to hear that. Do you think that having had such experience in the restaurant industry has a significant impact on the wine that you’re making? Dealing with trying to pair with food, day in and day out?

Brian Freedman:      In Burgundy itself, do you have any particular wines, or villages, or vineyards that you’re modeling Domaine de la Côte after?

Brian Freedman:      When it comes to the partnership, can you take me through just an overview of everybody’s role there?

Rajat Parr:                  Yeah, so basically, Sandhi is myself and Charles Banks. Charles is a financial partner and also handles all the sales and marketing for Sandhi and the daily operations on the external side. The wines are made by myself and Sashi Moorman.

Brian Freedman:      Did you have formal winemaking training, or just from living and breathing this year after year, you sort of picked it up?

Rajat Parr:                  I worked at Calera in ’97. Then I worked with Jim Clendenen for five years making my own label called Parr Selections, my own small label I had before I started Sandhi. I did classes at UC Davis. Then of course, traveling to France several times a year for several years. Then just by trial, just by making it ourselves. We made five vintages before we started Sandhi. Just trial and error.

Brian Freedman:      Where are those five vintages residing right now?