An Interview with Roger Corder, The Incredible Wine and Health Guru 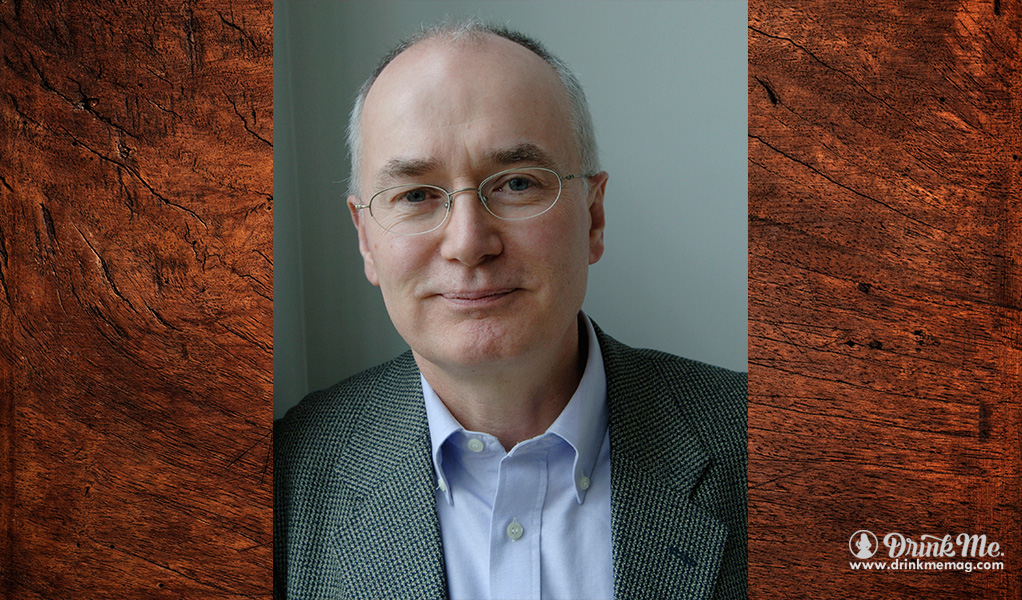 When it comes to the mysterious health benefits of wine, no one has pioneered the way quite like British wine expert Roger Corder.  Author of best-selling book The Red Wine Diet, Roger has conducted groundbreaking research on the topic for over two decades.  Drink Me recently caught up with Roger to see what’s swirling in his glass these days.

Julie Albin: What inspired your extensive research into the health benefits of wine?

Roger Corder: During the 1990s there was an ever-increasing number of reports linking regular wine consumption to lower levels of heart disease, but there was no clear explanation. The best evidence for drinking two to three glasses of wine to reduce your risk of heart disease came from large population studies in France and Denmark from the 1970s to 1990s. But during the 1990s wine styles were changing with a progressive trend to wines that were fruitier, smoother, and higher in alcohol.

In my medical research to understand how to prevent or treat heart disease, the big question was whether modern style red wines have the same beneficial properties as the wines that people had been drinking during these earlier population studies, which had linked daily wine consumption to better health. As a wine drinker this was more than a casual scientific interest, because I wanted to enjoy the pleasures of wine and also benefit from the protective properties by selecting the wines with optimal characteristics.

So in the late 1990s I started to investigate three important questions about the health benefits of wine consumption:

How does red wine reduce heart disease?
What is the protective component?
Do all red wines confer the same benefit?

JA: One of your most famous research findings was the identification of beneficial procyanidins (the main grape pip tannin) in red wine.  Based on those findings, what does your current research involve?

RC: I am pursuing two main directions: One, clinical trials in healthy volunteers and patients to investigate the effects of procyanidin-rich products (grape seed extract and dark chocolate), in order to understand better the health benefits and optimum daily amounts; and two, lab research to understand how procyanidins improve blood vessel function.

JA: As many of us know, wine consumption in France is at an all-time low and seems to continue decreasing as we speak.  How do you think this will affect their infamous French Paradox?

RC: The French Paradox can now only be considered from a historical perspective. During the latter part of the 20th century the number of deaths from heart disease in France, compared to other countries, was relatively low despite a high level of saturated fat consumption. Suggestions that this phenomenon was due to daily wine drinking were certainly supported by studies investigating the habits of wine, beer, and spirits drinkers. These showed that those who drank moderate amounts of wine, 250 to 450 ml per day, with a typical ABV of 10 – 11%, had less heart disease than non-drinkers. I reviewed this evidence in detail in The Red Wine Diet. Many of these wines were also coarse and tannic, therefore rich in procyanidins. I spent considerable time in France in the 1980s and 1990s and experienced these wines on numerous occasions.

What of France today? Well, unlike France in the latter part of the 20th century, food habits have changed, drinking wine is less common – certainly it is rare to drink wine at lunchtime and dinner, which was the norm for many people then, and the style of wine being drunk is generally more 21st century, higher in alcohol and less tannins. There’s also widespread use of prescription medicines to reduce risk of heart disease, so the possibility of studying the population to get insight into whether regular wine consumption is beneficial has many more confounders, which means that assessing the impact of wine on health is now much harder to quantify.

JA: What is the biggest struggle you’ve faced in this line of research?

RC: Grant funding for research has been a real struggle. Many scientists don’t seem to think it’s serious science. Yet many of the most important discoveries in history through to the present day have come from investigations of natural products and their interaction with human health. It’s been a struggle to get the message across that if we fully understood how dietary polyphenols, including procyanidins, prevent heart disease then dietary habits would likely revolutionize and lead to new medicines.

JA: According to your research, the Tannat grape has the highest concentration of procyanidins than any other grape variety.  What are the runners-up?

RC: Tannat stands out from most other grape varieties. The only real competitor is Sagrantino, an Umbrian grape variety, which in fact often has higher levels of procyanidins than even Tannat wines. However, there’s no history of Sagrantino being consumed as a daily vin du table in the way Tannat wines were in southwestern France. Traditionally Sagrantino grapes were used to make a sweet Passito wine; so there’s no historical links to health benefits.

Ultimately, other factors also play a key role in the level of procyanidins in wine, such as terroir, and winemaking style – particularly the degree of extraction of pip tannins, which are mainly procyanidins. So you might find procyanidin levels in a Mount Veeder Cabernet Sauvignon comparable or better than a Uruguayan Tannat. We still have a lot to learn about the impact of terroir on the level of tannins in wine. Take for instance the wines of Pomerol – so different from the average Merlot; or the wines of Pommard – which are nothing like the average Pinot Noir.

JA: After you’ve conducted your research for the day, what wine do you drink at home to relax and unwind?

RC: I like fruity and complex white wines, so a well-made Chardonnay or Sauvignon Blanc is often my choice. There are also some very interesting wines from the Southwest of France, such as those from the Pacherenc du Vic-Bilh or Jurançon. These wines are made from less common grape varieties like Gros Manseng, Petit Manseng, and Courbu.

With dinner I like a glass of red wine that has the wow factor of harmonious complexity – berry fruit flavors with a backbone of tannins or long finish, including wines from Southwest France, South America, Spain, etc. I find these wines complement foods best and stand up well to the powerful flavors of pasta and meat dishes.

Next post 5 Emergency Spirits Every Snowed-In Home Should Have

Previous post Everything You Need To Know About Ojai, California In 48 Hours