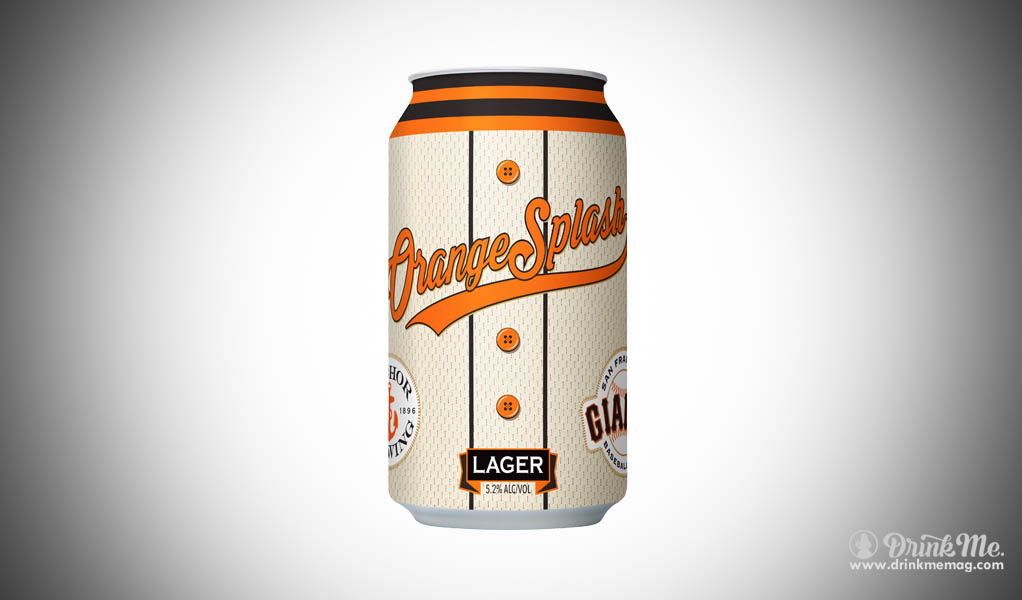 First dates and red wine. Weddings and champagne. Christmas morning and spiked eggnog. Seriously though, is there any American past time and beverage pairing better suited or more delightfully complementary than baseball and beer? Could a beer ever taste better than when swallowed after a bite of a fresh, hot, salty pretzel on a warm spring day at the ballpark with the lofty high hopes of early season circulating the air along with the cheering, clapping, joyful camaraderie of hundreds of still-idealistic fans?

Scott Ungermann of Anchor Brewing Company in San Francisco didn’t think so either, which is why he decided to collaborate with MLB team the San Francisco Giants to create their version of the quintessential summer brew. When crafting the ultimately quaffable Anchor Orange Splash Lager , Anchor blended Apollo and Bravo hops, splashing in a generous quantity of fresh mandarin orange juice as well as adding orange peels at three different stages of the brewing process.

Says Ungermann, “The final result is an orange-zesty, citrusy, thirst-quenching lager with a unique San Francisco twist.” First released in 2015 exclusively on draught, this spring Anchor Steam has released a canned version in conjunction with the opening of the MLB season; the beer is available on draught as well at select locations in California, Nevada, and Hawaii.

With a lovely orange hue highlighted enchantingly by spring sunshine and a crisp, refreshing tartness in the flavor, this lager  is exactly what we want to drink with our pretzels at the ballpark. Those Giants games are pretty long—you just may have to have a few.