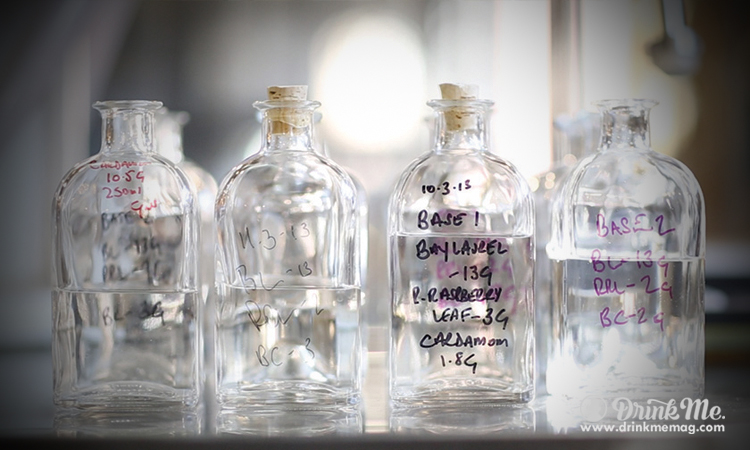 Drunk for a Penny.
Dead drunk for twopence.
Clean straw for nothing.
—Sign outside a London gin shop, Circa 1700

England. 1688. James II sat on the throne. A Catholic, his reign had been one of religious tolerance, increased standards of living for the masses, and reduced tensions with France. He had just produced an heir, and all was right in the land. And many people found this state of affairs completely intolerable. In order to rectify the situation, James’ daughter, Mary, and her husband William of Orange, were trucked in (well, boated, actually) from Holland to return things to their usual state of Protestant confusion. Which the happy couple succeeded in doing, in what would come to be called the Glorious Revolution. In addition to his armies and his staunch religiosity, William brought something else with him to England, something that would have even more profound repercussions on the nation than all of his actions and policies combined.

That something was known variously as Madam Geneva, or genever, but it was eventually shortened to, and attained its vast popularity under the moniker Gin.

Credit for the invention of gin is generally given to the Dutch physician Franciscus Sylvius. It is from the family of spirits known to Medieval alchemists as aquae compositae, or “compound waters.” It is a rather simple spirit of distilled grain mash (usually barley) to which botanicals are added. The whole concoction is then redistilled to extract the flavor from the botanicals. In the case of gin, the botanical is juniper (genever) berries.

It’s safe to say that gin didn’t arrive in England quietly reposing in William III’s hip flask—it invaded. Royal gustatory preferences (if not their money) tend to trickle down to the masses, which gin did, quickly and with enthusiasm. When William took the big chair in 1688, Brits consumed exactly zero glasses gin, but by 1743 they were guzzling tons of it— 2.2 gallons a year, for every man, woman, and child. Gin was available almost literally everywhere, and was substantially less expensive than any other intoxicating tipple, even cheaper than ale, in some of your less tidy taverns.

When gin stomped into Britain it was greeted with applause. Finally, the good people had a drink that anyone could afford. Folks wrote songs about it and odes to it, and no celebration, or any other day of the year, was complete without a few dozen hefty snorts of Madam Geneva’s party-in-a-jug. The good feelings didn’t last long, however. Not only did the mass-produced gin cause a variety of health issues, it also allowed the people to have a higher time than the authorities were comfortable sanctioning. According to the anonymous author of a tract called A Dissertation upon Drunkenness: “If this drinking spirit does not soon abate, all our arts, sciences, trade, and manufactures will be entirely lost, and the island will become nothing but…a distillery, and the inhabitants all drunkards.” And it was such overwrought emotion that began what might be termed the world’s first War on Drugs. It’s not for nothin’ that some historians have labeled gin the “crack” of the 1700s.

In an effort to control, then stamp out, what they saw as twin outbreaks of rampant ill-health and even more rampant jocularity, British big wigs enacted the Gin Acts. And they kept right on enacting them over and over again—1729, 1736, 1743, 1751, 1757 and 1760—each iteration more reactionary and iron-handed than the last. British citizens were encouraged to spy on their neighbors, and if they witnessed (or maybe just heard about) gin drinking, the spies could turn them into the authorities for a reward. On more than one occasion, parliamentarians enacted outright prohibition of gin, schemes that worked every bit as effectively as America’s prohibition laws did 150 years later.

However, gin soldiered on, and, as if to return William’s favor, Britons carried it with them as they colonized huge swaths of the globe—arguably the single positive aspect of their two-hundred years of colonial posturing. By the early eighteen hundreds, gin was the biggest selling spirit on the planet. When the British East India Company arrived in India they were immediately beset with malaria. The preventative quinine tasted so thoroughly foul that they amended it with gin, water, sugar, and lime. Welcome the classic gin-and-tonic. To this day, travelers to India turn this still bitter medicine sweet with quinine-heavy tonic water and cocktails.

Today, worldwide gin sales hover somewhere in the neighborhood of 110 million gallons per year, with the largest numbers of gin drinkers in the Philippines, followed by the U.S. and Spain. The big three, sales-wise, are Gordon’s, Seagram’s and Beefeater, but the world is rife with premium and super-premium labels. And yet, true to gin’s proletarian origins, even super-premium brands, such as Blade or No. 3, top out at around $70 a bottle.

Sadly, gin continues to hide behind its clear-spirit competitor: vodka. In my opinion, a serious comeback is well overdue. Pardon the rant, but some folks swap out gin in favor of vodka. This is completely uncalled for! Really, vodka has no more business in a martini, than sardine juice has in hot chocolate. A proper martini is gin, gin, with a splash of gin, and an olive.

If you are serious about cocktails, there is gin, and then there is everything else. 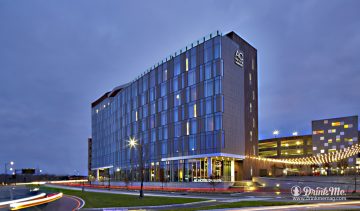 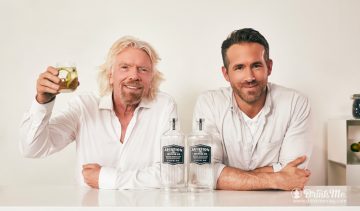 About the Author Richard English

Richard English is an alcohol historian based in Denver, CO. In addition to his work as the senior staff writer for Modern Drunkard Magazine, he has written for Drink Me, Metromix, Made Man, and other notable publications. He has appeared on The Countdown with Keith Olbermann, and The Dan LeBatard Show. His latest book, Beer for the Genius, will hit the shelves in the Spring of 2015. He prefers PBR to microbrews and has been known to fly into unreasonable fits of temper upon hearing the word “mixologist.”

Previous post In the Grip of a Cider Press