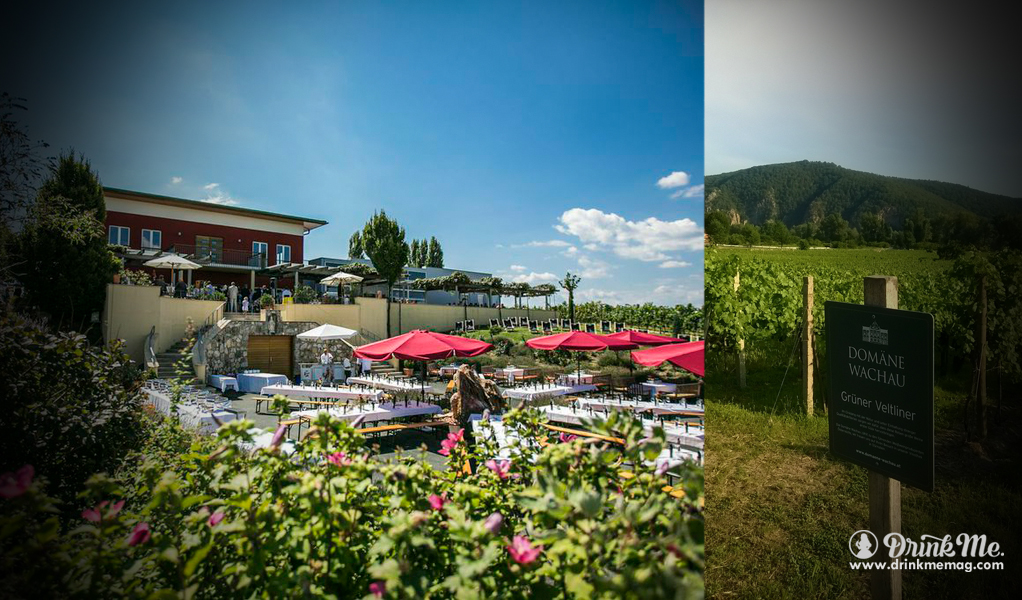 Austria’s wine producing regions have not enjoyed the same level of U.S. acceptance as their counterparts in France or even South America. But the wines from the sprawling vineyards and forests of the Burgenland, or borderland, deserve wider attention. Austria’s own red grapes—Zweigelt, St. Laurent, and the more-well-known-though-just-as-ethereal Blaufrankisch—thrive here in what, by Austrian standards, is a mild climate.

Wineries like K+K Kirnbauer and Strehn Family Vineyards enjoy sun and breezes, warm summers, and a dormant winter of frozen vines that helps create extracted, earthy, and mineral flavors in rich and vibrant dark ruby wines. The Burgenland also grows the more familiar Bordeaux and Burgundy grapes, and the blends of Austrian and Bordeaux varietals are sublime. This area’s growing season is remarkably shorter than California’s. The dormant winter begins when the first gusts of late September and early October begin; sunlight only lasts for about eight hours at that time of year. Still, as winter climates go, the Burgenland area is considered fairly mild. Like all wine-growing regions with four seasons, the winter’s cold allows the vines to rest and rejuvenate.

The area is hilly, though not mountainous, steep, or rugged like the Wachau Valley. The Hungarian side of the region also has vineyards, though Austria’s economy is much stronger, giving rise to a more robust wine trade. As Hungary is a former Soviet satellite, it still suffers some of the stings of the era’s dark economy, and evidence of such appears at the border between the two as an abandoned checkpoint complete with a guard tower, solitary and unmanned after all these years.

Austrian winemakers, like many of their French counterparts, are often interested in terroir, and imparting that flavor into the wine. Blaufrankisch from here, for example, can have a number of flavor profiles ranging from light and slightly spicy to more rich, juicy, and complex.

At K+K Kirnbauer, I tasted through a number of Blaufrankisch varietals and blends, and every one of them offered delightful, food friendly, and aperitif-appropriate flavors. Markus Kirnbauer and his family, including brother-in-law Gerald Baumgartner, are working to produce world-class wines here at the family’s winery.

The K+K Kirnbauer Winery sits slightly elevated above Deutschkreutz, with sweeping views of vineyards and forestlands. A select portion of those forests, owned by the Kirnbauers, are used to make a small amount of Austrian wine barrels used in the cellar. The rest of their barrels are a mixture of French, American, and Hungarian oak. “Our major philosophy is sustainability,” said Kirnbauer. “We produce our own photovoltaic power and we heat the facility with our own oak trees as well.” From the vineyards to the state-of-the-art winery, with windows in the floor that allow customers to watch cellar operations, K+K Kirnbauer is seeking more international attention. Kirnbauer said that while indeed Austria’s white wines are more popular, the reds are catching up.“It’s the extracted flavors we’re going for,” he said. “The richness of this fruit really comes through here.” Mineral, flower, and earthy, spicy flavors are present in all of the wines, and while a great deal of oak is used, for the most part, Kirnbauer’s wines did not have what can often be an overpowering flavor of oak or vanilla.

The same was true for Kirnbauer’s neighbors at Strehn Winery, just down the road in Deutschkreutz. Pia Pfneisl tasted me through the Strehn family’s rich and beautiful varietals. The St. Laurent stood out far above the rest. This is a wine that is elegant but firm, with flavors of dark cherry and plum. It’s comparable to Pinot Noir, but in typical Austrian style, it’s not the sweet fruit that comes through, but the earthy, aromatic and spicy notes that make the wine so luscious.

“I grew up in a winemaking family,”said Pfneisl. “We’ve been making wine for four generations.” But upon entering college, Pfneisl studied health management because she wasn’t sure she wanted to join the family winery. “But I needed wine in my life. When my family and I travel, we visit as many wine regions as we can, and I feel lucky to have been able to do that and taste so many different wines around the world. It’s wonderful and it provides a lot of inspiration to us.” Pfneisl, who comes to the U.S. on occasion, and imports Strehn’s wines through Springboard Wine Company in San Rafael, California, also tasted me through an unlikely and minerally Chardonnay, which stood out for its light and crisp fruit, not heavy-handed oak.

As the mid-July rain began to fall, Pfneisl took me outside to check out the family’s small farm of chickens and goats. Pfneisl led me a few steps down into a gravel-floor cellar where the air was damp and the temperature even cooler, and poured me a Chardonnay. “I am very happy that I was born exactly in this wine region. I simply love it,” said Pfneisl, “The rolling hills, the mild climate, the people, and the culture.”

Moving onward, west past Deutschkreutz toward the white wine regions of the Danube River in Lower Austria, Rudi Pichler poured through what I can only call a revolutionary tasting of Gruner Veltliner, Riesling, and Pinot Blanc. Riesling is without question one of the most diverse grapes in the world, and done well it can produce wines of serious restraint, minerality, and crisp acidity.

Pichler’s family has been growing grapes in these terraced vineyards since the 1800’s. Where Deutschkreutz is reminiscent of wine regions like Napa or Sonoma, with sweeping vistas and vineyards as far as the eye can see, the Wachau Valley is dominated by the Danube river meandering slowly through steep cliffs and vineyard-laden hillsides punctuated here and there with castles. Rudi Pichler’s family has made wine for many years, but the wine always stayed very local. Pichler took over the family business in 1997, and in 2004 built a new winery on the banks of the Danube, high enough to avoid the occasional flood years of the great river, and with a focus on both tradition and modern architecture. Pichler himself said he wasn’t interested in pursuing it at first until he realized just how good the Rieslings, Gruner Veltliners, and Pinot Blancs of this region were. “I learned winemaking by wine tasting,” Pichler said. Unlike many of his neighbors, Pichler macerates his grapes with the skins: he believes it expresses the terrior more directly.

“For me, the wine should taste like its soil. It has to be part of where it grew,” Pichler said. It’s the reason he doesn’t put his wines in barrels. “I don’t want to mask those flavors. But even so, some of these wines will lie down comfortably for 10 years.” His Riesling, grown in several different types of soil along the Danube, shows off the characteristics of its terroir, whether limestone or clay, and crisp acidity and light citrus fruit flavors sing alongside notes of pear and apricot, without being too sweet.

Austria’s wines deserve a world stage and, slowly, they’re getting one. It is a growing reputation that’s richly deserved.

About the Author Mark Storer

Mark Storer is a writer, educator and wine junkie. Pursuing his passions of the written word and the open bottle, Mark has spent a good deal of his adult life exploring West Coast wine country from the Mexican border to Washington state and living to write about it. He also teaches English literature, journalism and composition at Camarillo High School.

Mark lives in Ventura County, California with his wife, Susan, daughter, Shannon and an assortment of pets. He writes for a number of publications including the San Jose Mercury News, Ventana Magazine, Christianity Today, Decanter Magazine, the Ventura County Star and many others.