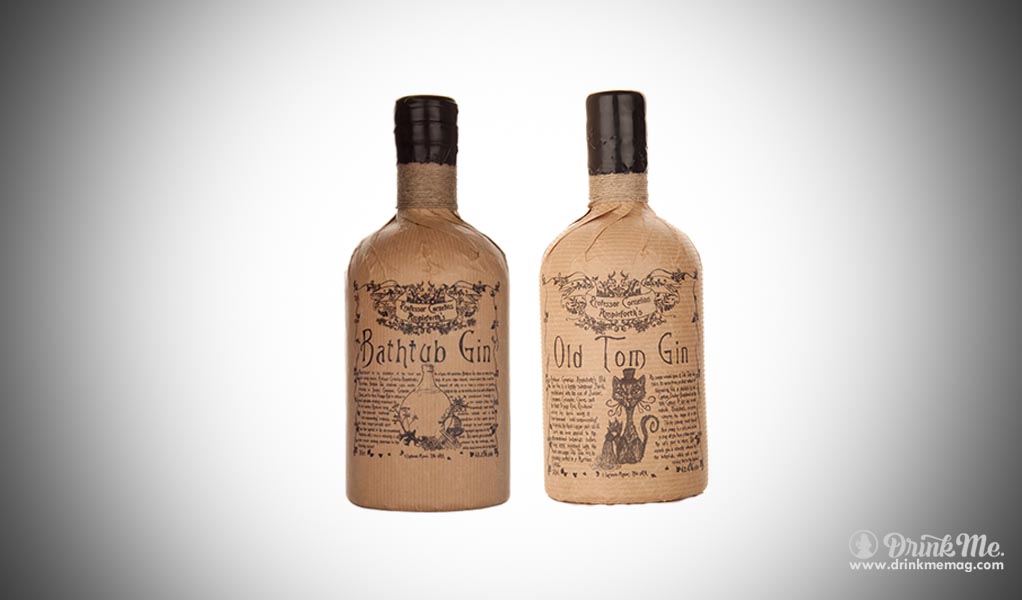 A fabulous pair of gins with quite a funny, or perhaps suggestive name, Bathtub Gin offers two different varieties to get your night flowing. Both gins were crafted by a perplexing individual named Professor Cornelius Ampleforth (now that’s a name!).

First in the tub we have their traditional gin simply called Bathtub Gin. This award-winning, highly regarded gin undergoes the traditional method of Cold Compounding, or infusing, within a high quality copper pot-still. Bathtub Gin is infused with juniper, orange peel, coriander, cinnamon, cloves, and cardamom. Though created in small batches, the length of infusion is entirely up to periodic sampling. When given the thumbs up, we are left with a light gin tinted by the chosen botanicals and finishing notes of the cardamom, cinnamon, and orange peel.

Second to have a splash we have an altered traditional style gin that was popular in the 18th and 19th century England called Bathtub Gin – Old Tom. Named for the old wooden tomcat that once sat outside London gin houses. Passers-by could then place a coin in his mouth and the worker inside the gin house would dispense a shot of gin from a tube under the cat’s paws. This is a sweet gin with fruity, citrus, and botanical hints.

Regardless of your choice, it’s bath time!