Be Bold, Be Proud: Tom of Finland Vodka 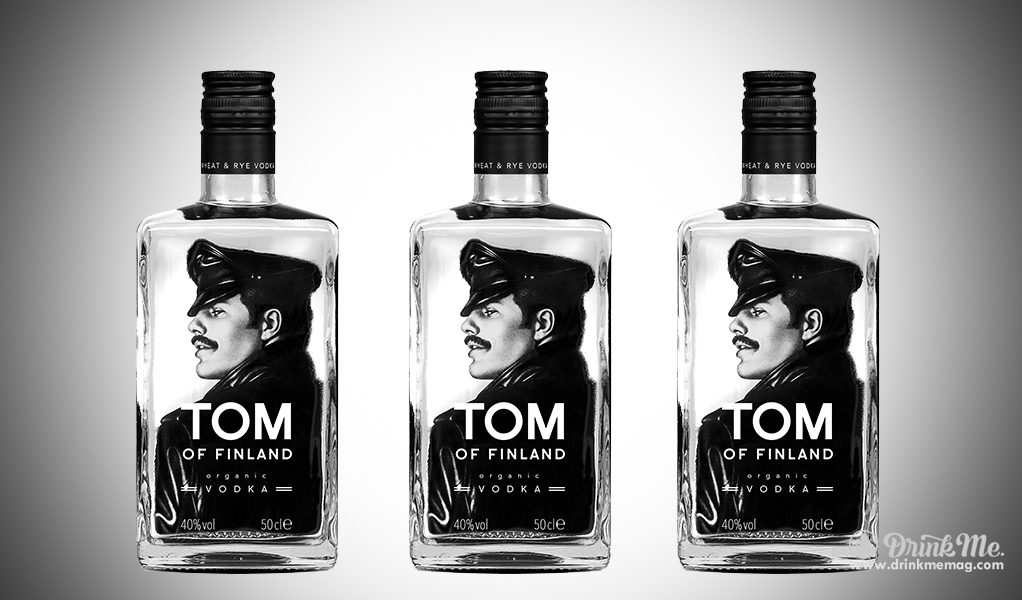 You should be proud of who you are and you should be proud of what you drink. This is the legacy that marks the release of Tom of Finland’s organic vodka in the UK.  The Finnish artist, born Touko Laaksonen but known professionally by his aforementioned pseudonym, gained popularity in the 1950’s and 60’s for his erotic art. His drawings, which often portrayed macho men scantily clad, were not widely embraced at the time.  Now, Laaksonen’s art has a home in galleries around the world.  He is an undeniable role model both in and outside of the gay community and has been a popular figure in pop-culture and film.

The launch of Tom of Finland’s craft vodka follows the premiere of his biopic at the Tribeca Film Festival.  The super-premium spirit was made with no added sugar from the finest organically grown wheat, rye and pure arctic water in Finland.  But it wouldn’t be Tom of Finland’s vodka if it weren’t of course, spicy, in every sense of the word.  The clean aroma has subtle hints of rye spice, which comes to life after your first sip and leaves a delicate aftertaste.  The label is a different kind of spicy, a mustachioed man graces the cover and pays homage to the artist’s work. A portion of all profits will be donated to the Tom of Finland foundation to both promote more tolerant attitudes toward sexuality, as well as to preserve the artist’s contribution to erotic art and its cultural merit.  It is the perfect drink to toast after your city’s Pride parade.  And it is the perfect drink for any day because every day, as Tom of Finland knew, you should be proud to be you.