Beer and Food Pairings at Half Moon Bay Brewery 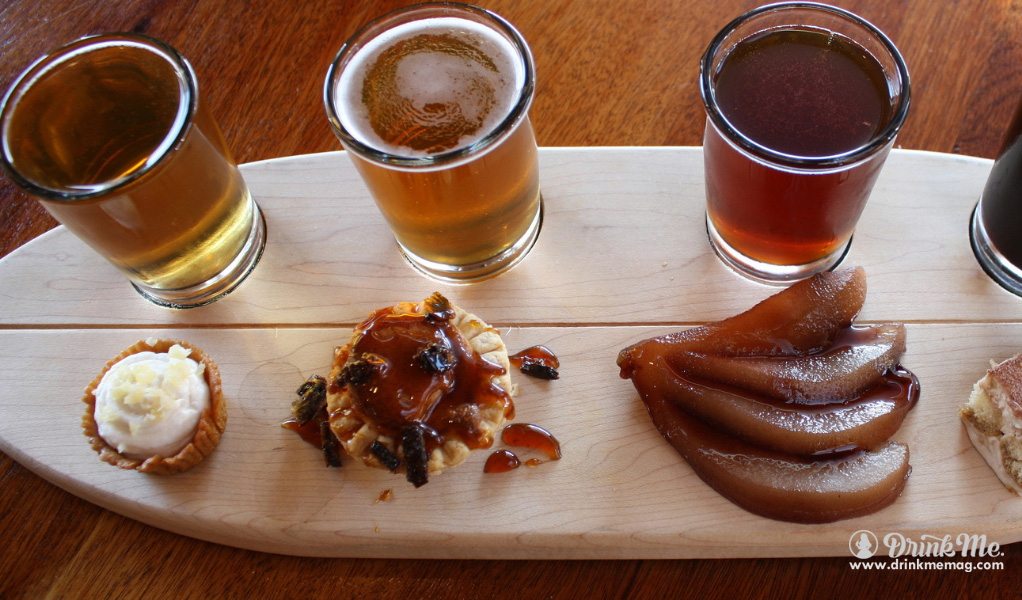 Overlooking the Pacific just south of San Francisco is the Half Moon Bay Brewery Co. The parent company of the folks who brought you Mavericks Beer, the brewery is now crafting about a half dozen brews and some seasonal specials (such as a single hops series). Each month Chef Gaston Alfaro teams up with brewers James Costa and Shane Aldrich to create a beer and food pairing menu. We love the recent dessert and beer pairing (stylishly served on a wooden surfboard tray) that included a mini bleu cheese cheesecake washed down with the Double Bore IPA. The pastry is topped with a maple bourbon reduction and bits of candied bacon. The brewery turns 15 years old this summer and they are gearing up for a Beerbecue and a season of celebratory events and special dishes. Phone ahead to reserve a brewery tour before or after your meal.