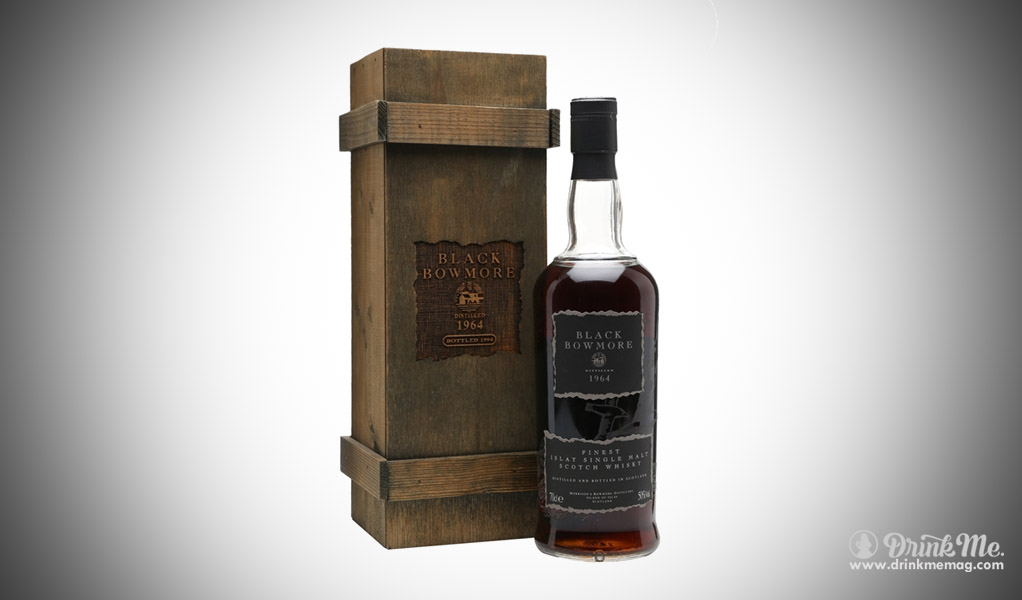 Bowmore have been producing some of the most sought after whiskies since 1779, distilling rich peat smoked single malt scotch whiskies on the island of Islay. One of only a few distilleries that still malts their own barley the grain is turned by hand every four hours, it is then dried using peat smoke which creates the Bowmore signature balance of peat smoke, citrus, and even hints of chocolate. The latest to come from the world’s oldest scotch maturation warehouse is Black Bowmore 50 Year Old Whiskey.

The Black Bowmore 50 Year Old, The Last Cask to be Rediscovered was first distilled on November 5, 1964. Initially bottled and released in 1993 and again in 2007, the final drops of what has become one of the rarest and most sought-after single malt whiskies will make its final appearance internationally in just 159 bottles. Breath in sweet aromas of citrus and the signature scent of Bowmore’s gentle peat smoke. The palette offers notes of tropical fruits ranging from pineapple to papaya and balanced by dam. The long, lingering finish feels as if they’ve bottled the essence of the Islay ocean breeze. Be sure to savor every last drop of the final addition to this legendary last cask.

Next post Catcher’s Rye Whiskey: Capturing the Spirit of Detroit Since Prohibition