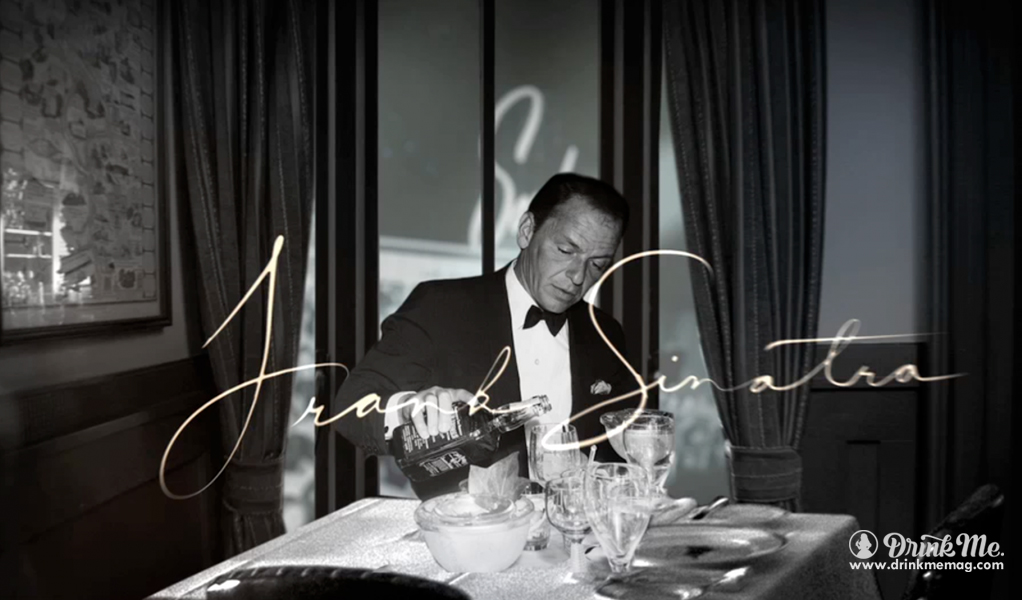 Some called him the Chairman of the Board, while others called him the leader of the Rat Pack. If luck was a lady, you could fly with him to the moon. In other words, when his name is dropped, you expect top shelf panache with a dash of old school cool. Frank Sinatra. He did it his way, filled with what we now know as signature Sinatra staples. Style. Elegance. Class. Everything he did was silky smooth, just like his singing voice. Oozing charisma, he did everything with an impressive ease. Sinatra was a stone cold classic. That’s why it was no surprise he chose a classic bourbon as his go to spirit: Jack Daniel’s.

In 1955, Frank Sinatra walked onstage with his favorite cocktail in hand: three ice cubes, two fingers of Jack Daniel’s, and one splash of water. He held it up and stated, “Ladies and Gentlemen. This is Jack Daniel’s. And it is the nectar of the gods.” Bold and smooth, just like Frank and Jack. With each sip, Jack Daniel’s made Sinatra feel so young. And, by endorsing the whiskey on stage, Frank did them a favor and put them on the map. For almost two decades following Sinatra’s endorsement, the distillers at Jack Daniel’s found themselves falling behind on orders. Overtime wouldn’t cut it; they just could not keep up with demand. As the demand for their famous spirit grew, so did the bond between Frank and Jack. They became so inseparable that Frank even took a bottle to his final resting place and after his passing, Jack Daniel’s named a limited batch after Ol’ Blue Eyes. So whatever you call him, just make sure you get Frank’s drink right: three cubes, a splash of water, and two fingers of the nectar of the gods, Jack Daniel’s.