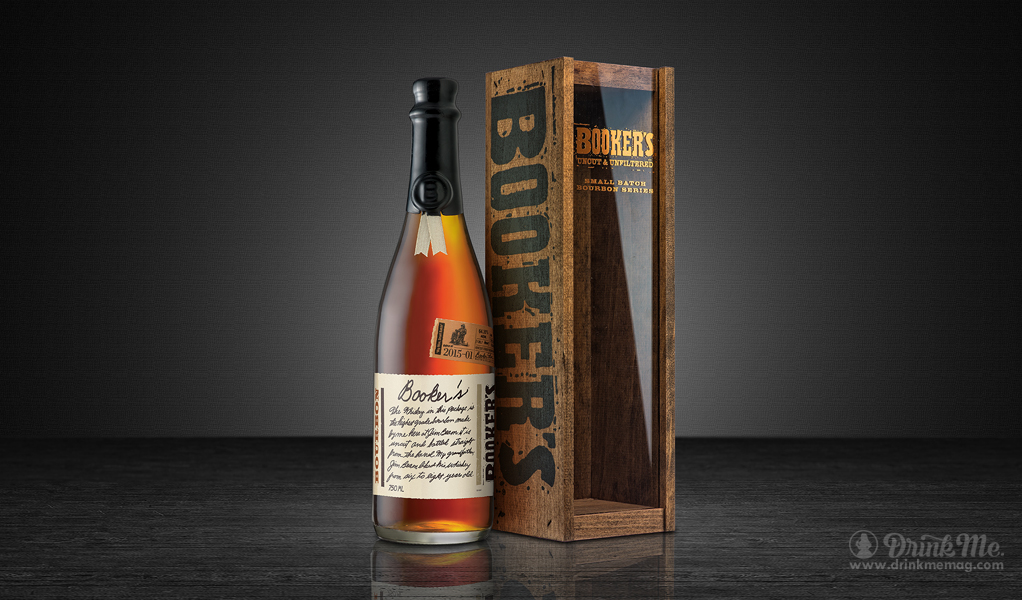 A whiskey aged seven years, culled from seven rack houses and hand-picked by a man who is a seventh-generation Master Distiller (and 2013 Bourbon Hall of Fame inductee!). You have to wonder if the people over at Booker’s Bourbon are a little superstitious. But if you were dedicating a small-batch bourbon to commemorate the efforts of the father of small-batch bourbon himself, Booker Noe, wouldn’t you engage in a little superstitious behavior?

The inaugural batch of a limited-edition release collection, Booker’s Bourbon Batch 2015-1 is a celebration of Booker Noe’s uncompromising approach to crafting long-aged, bold-flavored bourbon, and his love of experimentation. The result is a bourbon that harkens back to pre-prohibition era tradition; an elixir concocted from several small groups of barrels to create complex bourbon with a vanilla nose—a bourbon so hot it’s recommended to be enjoyed by cutting it with ice or water. Booker’s son Frederick Noe III handpicks the bourbon to make sure it’s up to snuff with family tradition. Reflecting the legacy of this illustrious offshoot of Beam Suntory, the label commemorates the iconic image of Booker enjoying his whiskey sitting in a rocking-chair with his dog Dot at his side.