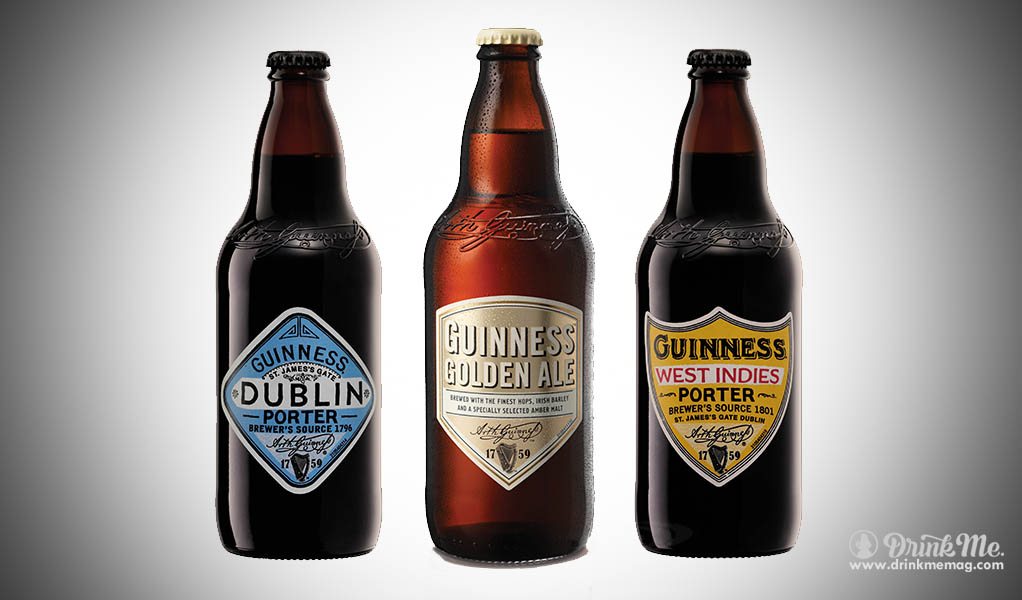 You have been uncovered. Your historic secrets from Guinness brewers’ pasts from the late 1700s to early 1800s will be released in the form of two new Guinness Porters and an Ale.

The Brewers Project in St. James’s Gate, Dublin, a relatively new project celebrating the world of beer in relation to the tradition and quality of brewing at St. James’s Gate, took to putting a new and refreshing twist on the ever-popular Guinness. Beginning with reinterpretations of 200-year old historic brewers’ diaries, the Brewers Project celebrates their success with a new release.

Based off your 1796 entry, the Guinness Dublin Porter recreates the workingman’s beer. This sweet and smooth beverage with notes of malt and dark caramel is perfect to wind down after a long day’s work. In your 1801 entry, Guinness West Indies Porter was born. Its purpose was to maintain freshness on long sea voyages and consequently was prepared with more hops and a higher gravity. The hardy hoppy recipe resurfaces as a complex yet mellow taste with undertones of toffee and chocolate.

And finally, recognized by its radiant golden hue, Guinness Golden Ale is sure to join the ranks of the greats. Guinness sure doesn’t short change consumers either. Brewed from the finest ingredients including yeast, Irish Barley, hops, and the specially selected amber malt—the very ingredient responsible for the golden color. The finished product gives subtle hints of biscuit flavors from the malted barely and crisp bitterness and tantalizing hop aroma allow for a clean finish. Let your rainbow lead you to your special kind of gold.

Available at selected pubs and retailers

Next post Its Whisky A Go Go In Edinburgh: The Top Whisky Bars In Scotland's Capital

Previous post Drinks By The Dram: For Just £20, Give Dad A Father's Day Tipple To Remember!