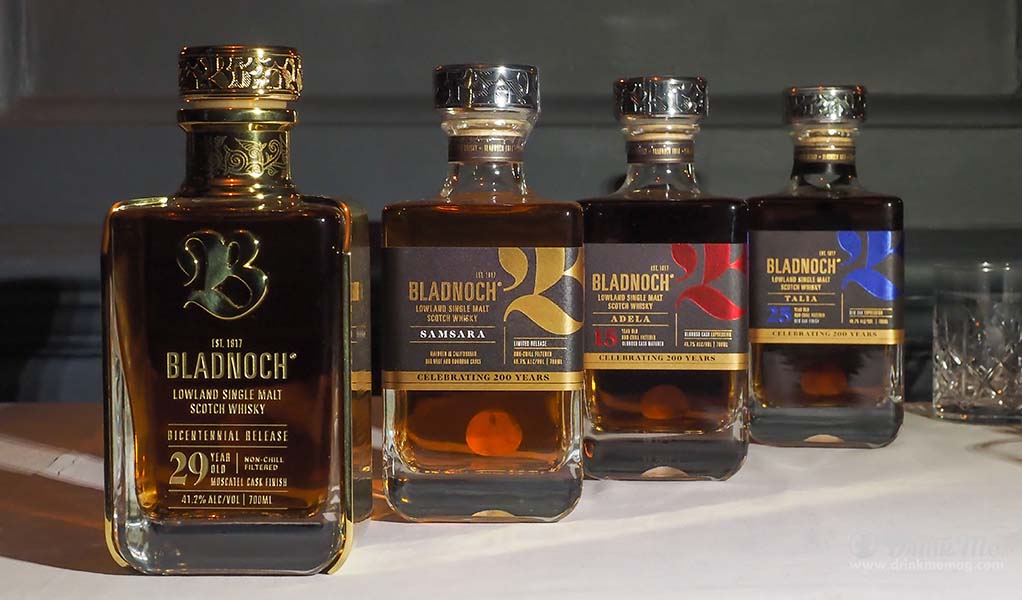 The Bladnoch Distillery in fantastically named Wigtown has had more hiatuses and false dawns than a Ross and Rachel romance.

After spending the last few years on a break, the distillery was purchased by Australian yoghurt magnate David Prior in 2015, and production restarted in June 2017.  In the meantime, Prior and Master Distiller Ian Macmillan have set about restoring the pride of the former Queen of the Lowlands, and three core expressions:  young and spritely Samsara; the rich and smooth sherry cask Adela 15-year-old; and the 25-year-old new US oak aged Talia have now been joined by a fourth, rather spoilt, sibling.

The Bicentennial Release combines whisky from two 1988 olorosso casks from the site’s extensive back catalogue.  Specially selected by Macmillan, these were then finished in sweet Moscatel casks for an extra eighteen months.  Just 200 bottles of this spicy, golden chestnut spirit have been made, and with an asking price of £5,000 per bottle, it’s unlikely you’ll see one in your local liquor store’s bargain bin any time soon.

But what does your money get you?  The spirit wears its extensive time in sherry casks proudly, with the rich scent of fruitcake, beeswax furniture polish and a hint of sweet citrus fruit.  These continue through to the palate, where dark chocolate, baking spice and peppery aged oak can also be detected.  The mouthfeel is brisk and dry, but the finish is warm, comforting and lingers. Lingering isn’t something recent owners have managed, however, but perhaps this time, the culture is right, and we can expect big things once more from this sleepy corner of southwest Scotland.