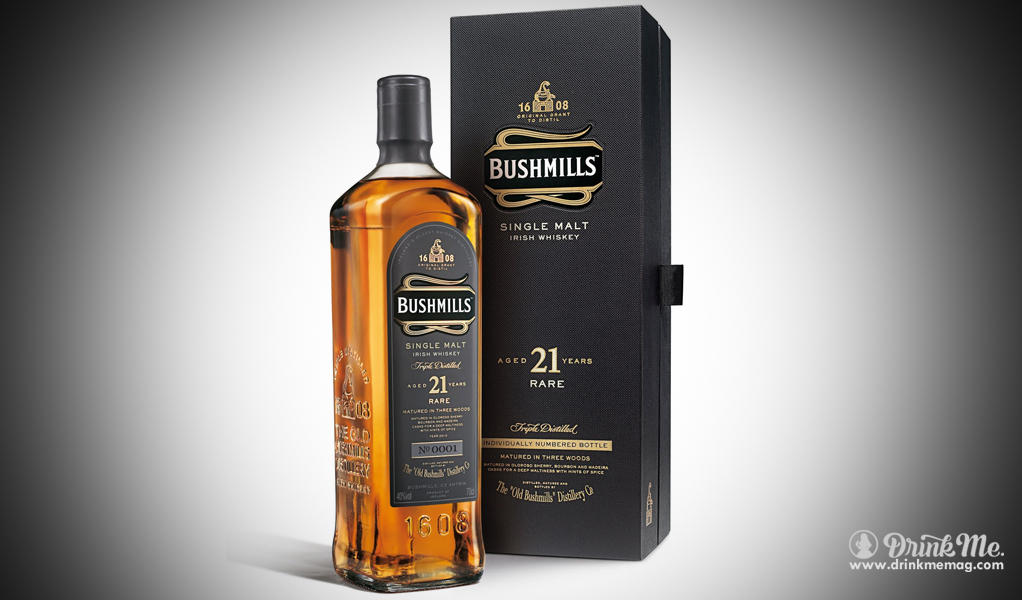 An old timer with plenty to give, the Bushmills 21 Year Old Single Malt is another distinguished and celebrated addition to our growing list of rare and limited Irish Whiskey casks to seek out now, before they’re gone forever. The Bushmills Distillery, located in the quiet village of Bushmills on the north coast of Northern Ireland, is one of the oldest in the world, having just celebrated its 400th anniversary. With age comes expertise, which is evident in the Master Distiller’s remarkable and uncommon decision to mature the single malt in bourbon and sherry casks for 19 and 21 years, before marrying the barrels together for two years in a Madeira-infused cask. It’s a rare taste that is distinctively Bushmills and one that receives consistent praise and accolades as the “Best Irish Single Malt of the Year.” Produced in limited quantities, each bottle is numbered. Yet another shining example of why the Irish Whiskey category is in the spirits spotlight.