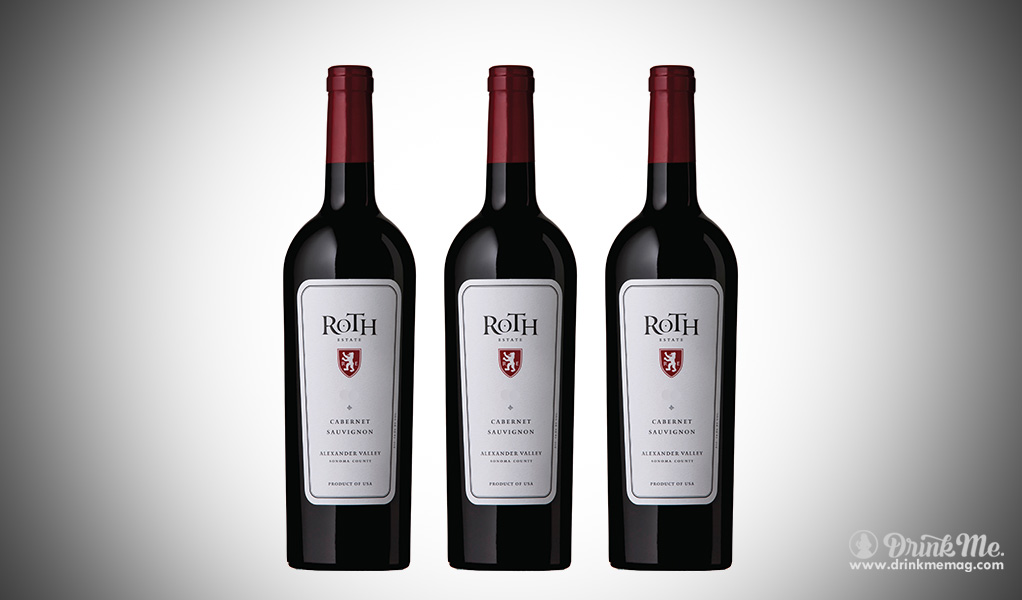 Roth Estate is a family owned winery devoted to producing fully flavored wines grown in Sonoma County Vineyards. In 2001, the winery made a commitment to crafting classic Bordeaux varietals in Alexander Valley. Ten years later the winery expanded its winemaking to include cool-climate varietals from the Sonoma Coast. The hot midday temperatures give way to maritime conditions in the evenings and mornings when just enough fog makes its way up the Russian River Valley into Alexander Valley. This balance of warm and cool benefits the Bordeaux varieties for which Alexander Valley is greatly known.

From one of California’s oldest wine regions and with a particular reputation for its Cabernet Sauvignon wines, Roth Cabernet Sauvignon has a delicious minty nose, which is backed up on the palate by balanced ripe fruity flavours and soft hints of dark chocolate. Perfectly paired with braised beef shanks or any type of dark meat.