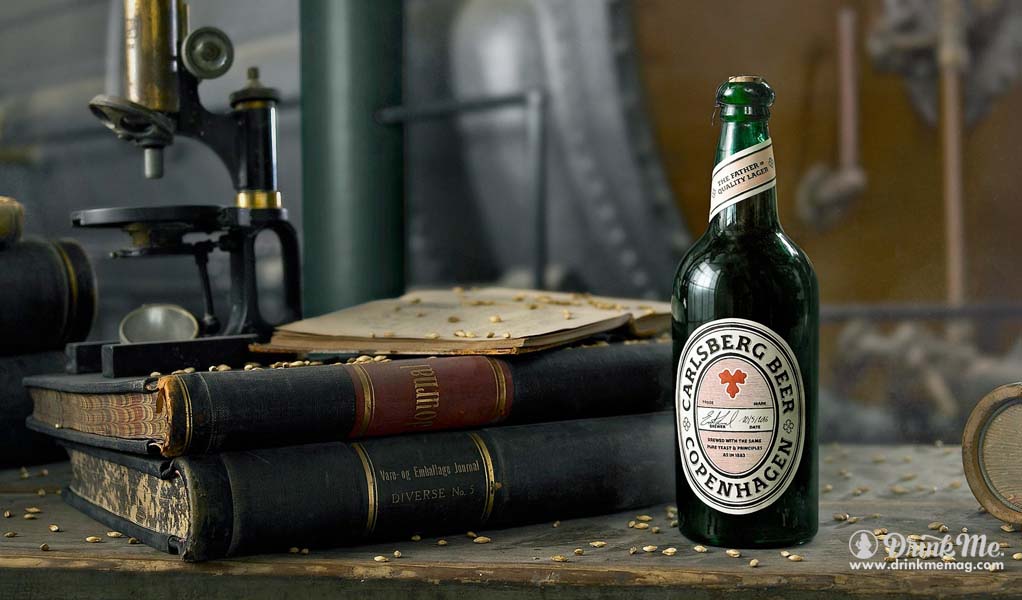 Let’s begin with a little beer history. Back in the 1880’s in Copenhagen, Denmark, modern lager as we know it was still in its early stages. Yeast varied greatly in quality, making it difficult for brewers to consistently produce good, or even drinkable beers—“beer sickness” as the result of questionable brews was common. In step the genius mad scientists from the Carlsberg Research Laboratory with a revolutionary discovery of pure yeast, dubbed Saccharomyces Carlsbergensis. How’s that for early branding?

The pure yeast was a positive game-changer in the lager brewing business, and Carlsberg even gave it away free of charge to rival brewers, ostensibly (and generously) bringing safe and refreshing lagers to the grateful masses. British beer historian Martyn Cornell says that “without it, we wouldn’t have the type of beer that is now 90% of the world’s market.

In further mad scientist shenanigans, the guys currently in the labs at Carlsberg managed to extract original cells of Saccharomyces Carlsbergensis from a 133-year-old bottle found in the the brewery’s ancient cellars. Using the identical recipe from 1883 and traditional brewing techniques they’ve recreated the original lager. Refreshing, crisp, and with pure light flavors of corn, lemon and straw, Carlsberg Father of Quality Lager is a tasty glass of history.

Next post Fish Bowl Gin, Where’d It All Begin?