Cartel, Battersea: Add A Little Bit Of Mexican Spirit Into Your Life! 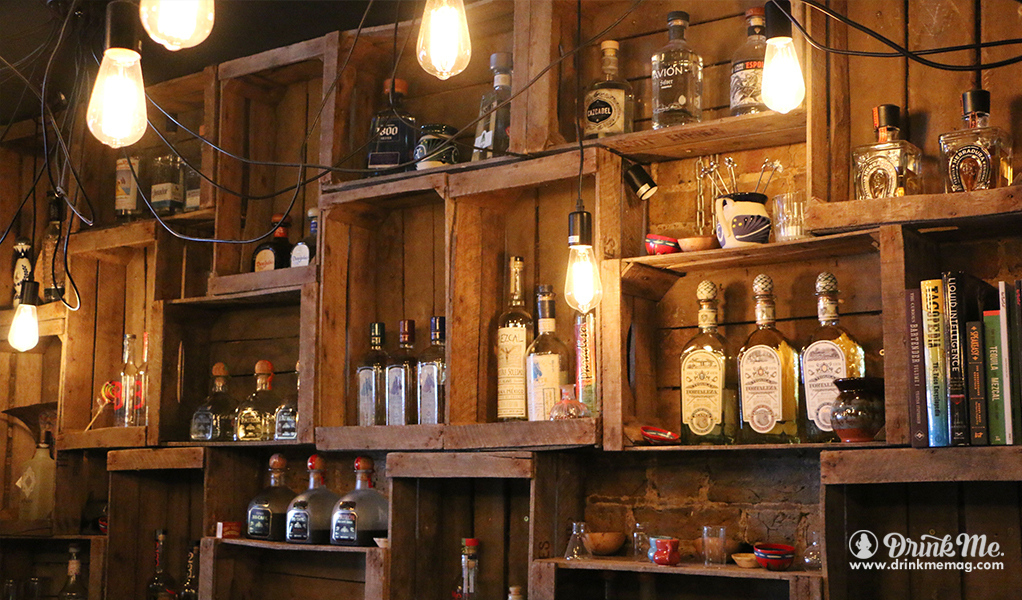 Every year seems like it’s going to be mezcal’s year to break into the mainstream, yet this diverse and often misunderstood spirit continues to hover just below the surface of London’s cocktail scene.  It’s there if you know where to find it; but it doesn’t like to make a fuss.

But with winter coming, it’s fair to say we all need a little more Mexican spirit in our lives, and as luck would have it, Cartel on Battersea Park Road is able to bring just that to a small corner of SW London.

Since opening in April 2017, owner Andy and barman Josh (formerly of Soho’s El Camion) have been making the most of their Mexican contacts and have built a dazzling collection of mezcal on the box-shelving behind this colourful bar.

If heading straight for the sipping mezcal isn’t your thing, there’s also a detailed list of 16 mainly mezcal or tequila-based cocktails (from £8.50-£11), a menu of tacos and quesadillas to soak up all that agave spirit, and a Tequila Brunch every Saturday.  Who doesn’t want to start their weekend with bottomless margaritas and a three course Mexican feast?

Finally, come mid-November, their authentically tin-roofed Mezcaleria will be home to around 100 different bottles of tequila’s older more rustic relative.  So that’s where you’ll find us this winter.  After all, there’s a 21-year-old Tepeztate we’re dying to try. Never heard of it?  You will soon.