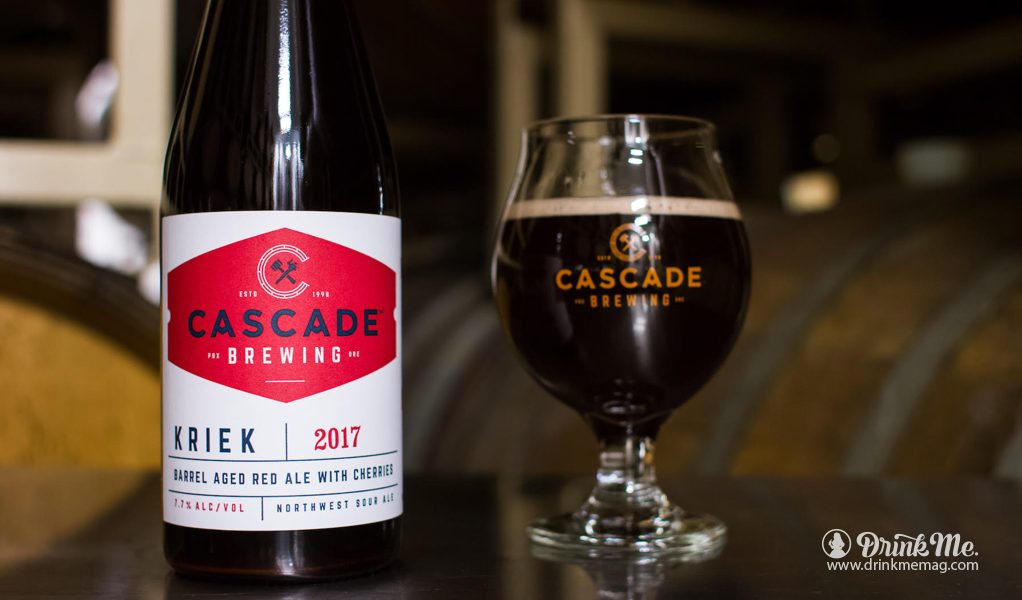 Cascade Brewing recently released its Kriek 2017 project on draft and in a new 500ml bottle format. The product is a blend of sour red ales aged in oak wine barrels for up to 17 months with more than 16,000 lbs. of fresh Bing and sour pie cherries. The beer features complex flavors of cherries, roast malts, oak and spice, and comes in at 7.7 percent ABV.

According to Tim Larrance, Cascade VP of Sales and Marketing, “This year’s project is highlighted by a deep rich color brought on by the roughly 1.3 million wonderfully decadent Bing and sour pie cherries we brought in last summer. Word around the cellar is that this is the best version of Kriek we’ve made to date!”

Cascade Kriek is one of Cascade Brewing’s earliest and most recognized sour beers. It has twice been named the “Top Sour Beer in America” by the New York Times – in 2011 and 2016. It is available now at Cascade’s two Portland pubs – Cascade Brewing Barrel House and The Lodge at Cascade Brewing – and through its distribution channels, nationally and internationally.

This marks the second 500ml launch for Cascade Northwest Sour Ales; the brewery introduced the new format with the release of its Apricot 2017 last month. The brewery switched from 750ml bottles to the new size to enable first-time consumers to purchase its barrel aged sour beers in a format that works for them, while allowing long-standing customers to purchase its beers in more locations.

Previous post How Do You Make A Wine Blush?