Celebrate the Release of Glenmorangie Spìos with Spice & Rye Speakeasy 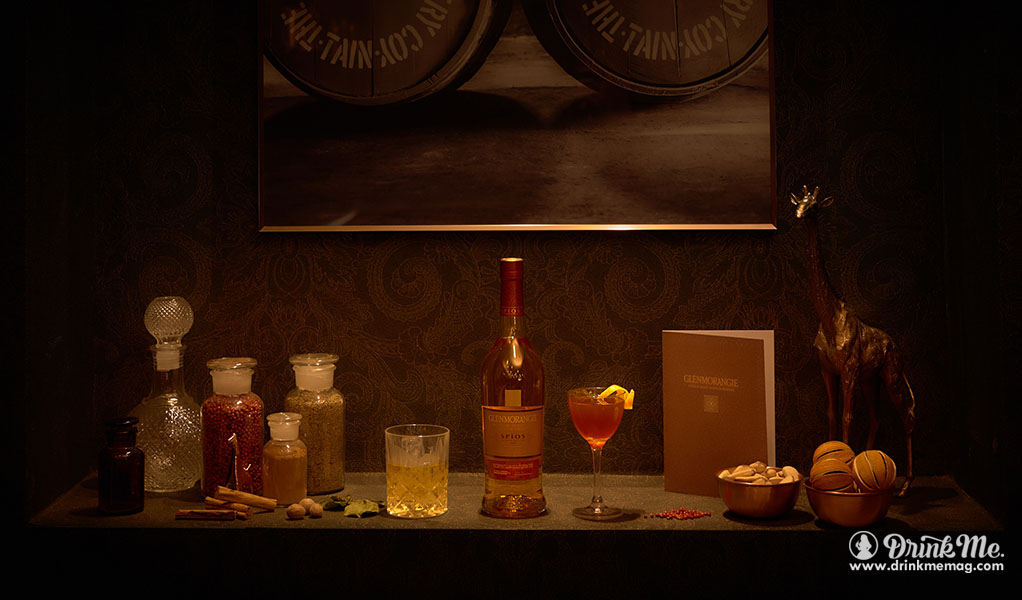 Dust off your Charleston and prepare to be transported back to the roaring 1920’s! This March, Glenmorangie is paying tribute to the Golden Age of American Whiskey with the opening of their very own speakeasy, Spice & Rye. This temporary pop up bar will have all the highlights of American speakeasies of the ‘20’s especially including the hush hush nature of the bar’s operation. Come feel what it was like during the height of prohibition, sneaking your way into an underground cocktail bar to sip on delicious whiskey. The opening of Spice & Rye coincides with the release of Glenmorangie Spìos. Spìos will be the ninth release in Glenmorangie’s Private Edition range. And what better way to celebrate than by opening a speakeasy right in the middle of Percy Street in London?

Glenmorangie is capitalizing on the growing Rye resurgence and Spìos will be the first of its kind: a single malt entirely aged in American rye whiskey casks. The oak from the rye casks add to the spicy texture, mixing in toffee and buttery vanilla flavors, while giving the whisky a rich and sweet finish. But the oak doesn’t only add to the taste. On the nose, Spìos incorporates hints of cherry mixed with clove and mint toffee. Spìos is perfect on its own, but maybe you want to see how well it pairs with others. That’s where the expert bartenders at Spice & Rye come in.

Through March 19th-24th guests are invited to pre-book a time to visit Spice & Rye and be whisked back in time. Entering through an apothecary-style spice shop, thrill seekers will then step through a hidden entrance into the speakeasy itself. Here they will be greeted by a jazz band, wide eyed patrons, and knowledgeable bartenders mixing drinks including the High & Rye, made with Glenmorangie, rye beer, ginger and pineapple, and the Bloodstone, a take on Blood & Sand, made with coffee infused Glenmorangie. Additionally, guests can order a flight or dram of whisky to sample the wide variety that Glenmorangie has to offer, including of course the newly minted Spìos as well as other barrel aged classics. Patrons can rest easy however, even though we are celebrating the prohibition era there will be no police raid of this speakeasy, so relax and enjoy a blast from the past!