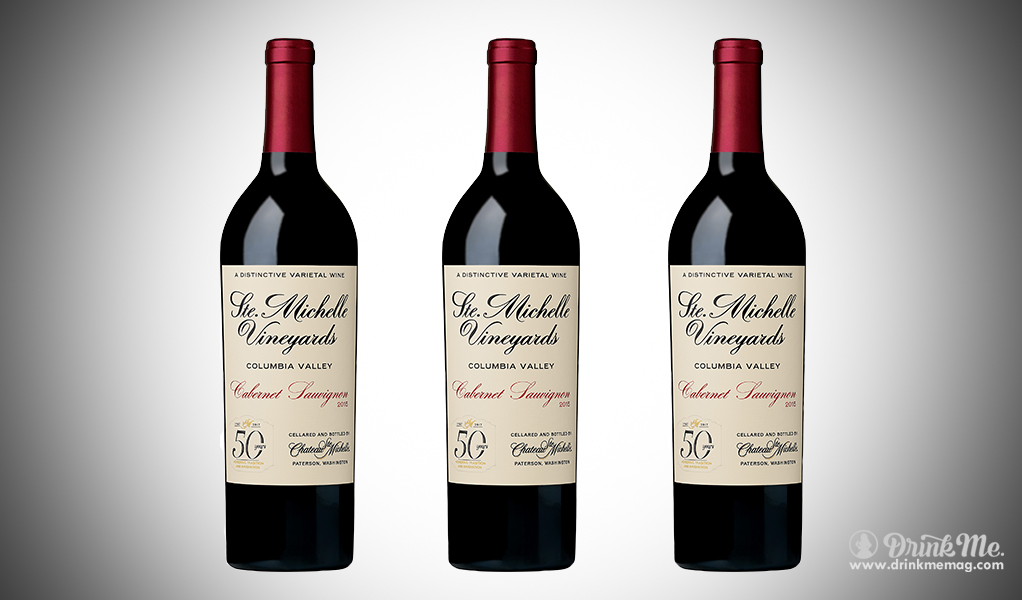 A standout variety of Cabernet Sauvignon from Washington has been released in a 50th anniversary commemorative bottling. The 2015 vintage was one of the warmest growing seasons on record in Washington state, which resulted in optimal ripening across varieties throughout the region. This Cabernet, sourced from Columbia Valley where vineyards lie in the rain shadow of the Cascade mountains and are swarmed with ideal conditions for intense aroma and flavor development in ripening grapes, has silky tannins, rich complexity and concentrated fruit.

The Columbia Valley vineyards are located in eastern Washington along with Château Ste. Michelle’s other vineyards such as Cold Creek, Canoe Ridge Estate and Indian Wells. A winemaking process that involves maximizing the wine’s complexity, extracting color and flavor to produce supple tannins and aged 14 months in American and French oak creates a Cabernet that is the perfect choice to carry the nostalgic banner of the winery’s 50th anniversary. So let’s raise a glass to the past 50 years and to 50 more!

Next post Garden Pea Cocktail, A Fairytale in a Glass