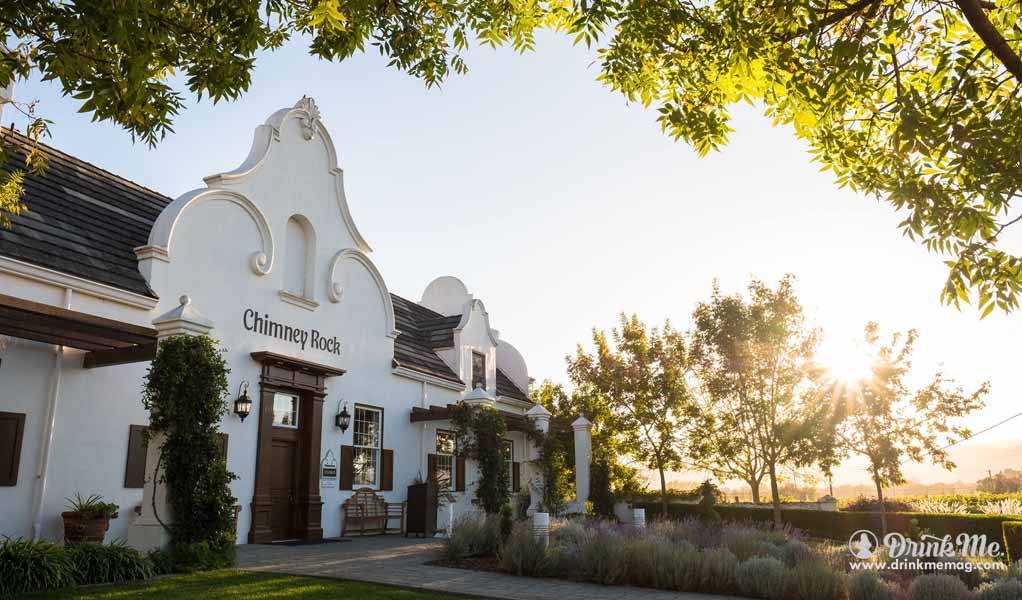 Chimney Rock winery is located in the Stags Leap District of Napa Valley.  The estate began with the 180 acres purchased by Hack and Stella Wilson in 1980.  The country house and winery that followed were designed in the Cape Dutch style, and an allegorical frieze of Ganymede, cupbearer to the gods, was added to the winery in the early 1990’s.  An unfortunate bout of phylloxera ended up being a blessing in disguise, for it led the vineyard to be replanted along different lines, using only red Bordeaux grapes.  At the time, the vineyard consisted of 40 acres of Cabernet Sauvignon, 12 acres of Merlot, 4 acres of Cabernet Franc, and 3 acres of Petit Verdot.  An additional 60 acres of Cabernet Sauvignon was added in 2001, making it the winery’s primary yield among 28 distinct specializations.  Today, the estate’s world-class facility allows the wine to be stored at the optimum temperature and humidity for long periods, while Winemaker Elizabeth Vianna oversees that each vintage has the balance, cohesion, and soft, velvety flavor that characterizes Chimney Rock wines.