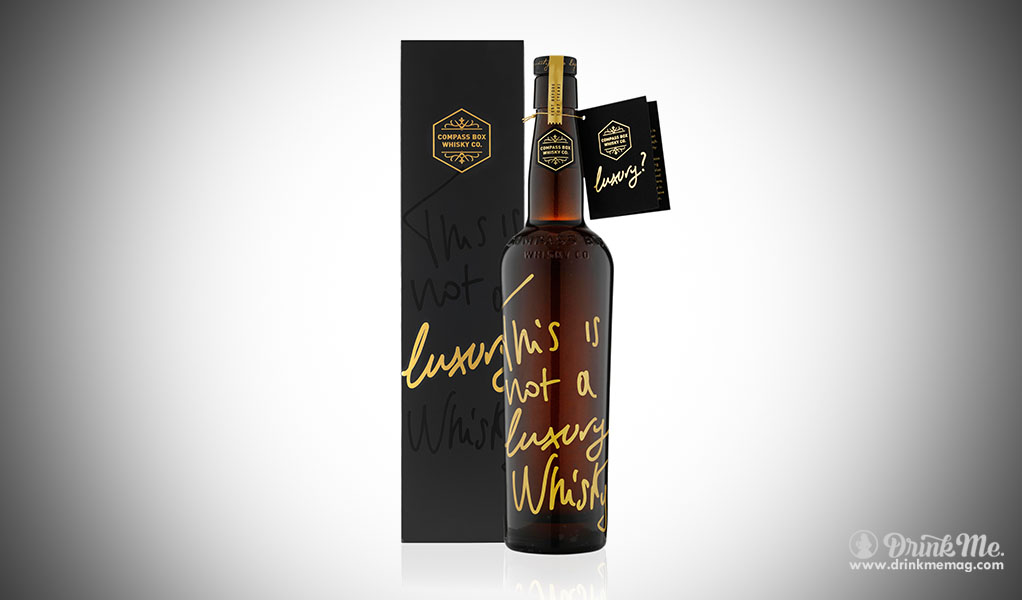 Transitioning from wine to Scotch, John Glaser built Compass Box Whisky and his reputation to becoming one of the most respectable whiskymakers of his generation. As of November 2015, Glaser celebrates a big feat for Compass Box—its 15th birthday. This marks 15 years of exceptionally unique whiskies fully of variety and strong flavor profiles.

No birthday is complete without a celebration. So, Glaser celebrates the way he knows best by releasing two limited edition varietals. This is not a luxury Whisky’s name is quite deceiving but strives to question what makes a luxury whisky a “luxury”. Inspired by a 1929 surrealist artwork, the compelling Blended Scotch consists of sultanas, sweet sherry, concentrated floral notes combined with deep demerara sweetness, cacao, and a light creamy coconut character. Though its name may suggest otherwise, we think this is a pretty luxurious choice. Crafted specifically for the fifteenth anniversary, Flaming Heart is layered, long-lasting mouthful of Blended Malt Scotch Whisky born of oak, smoke, and fire. Previously released in 2006, Flaming Heart’s combination of new French oak and peat-fired smoke of Islay malt was so well received Glaser felt its rerelease was the appropriate tribute to his brand.

This is not a luxury Whisky and Flaming Heart are only two examples of Glaser’s expertise in this booming genre of spirits.