Craft This, Craft That: We Explore What CRAFT Actually MEANS! 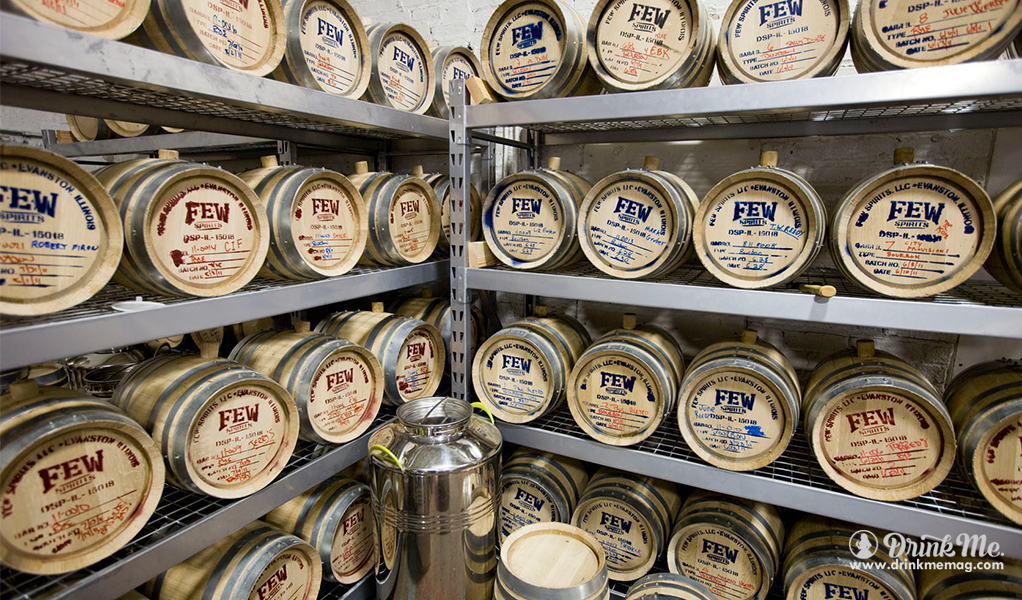 What exactly is “craft”? The word gets thrown around just like “artisan”, “small-batch”, “handmade”. These buzzwords, however, are rarely agreed upon within the industry, so you can guarantee they aren’t understood by the general public.

In very basic terms, craft can be thought of as smaller production, often family-run operations using quality grains, botanicals, and fruits. However, this assessment discounts the nuance of craft quality which occurs at any scale of business as proven by distillers like Jimmy Russell at Wild Turkey or Desmond Payne at Beefeater. One of the strongest draws to small batch product is a longing to return to something lost. While there are big brands just as concerned about quality as the best family-run operation, the yearning for a story calls to the consumer. We desire to know who makes what we consume, what it’s made of, where it comes from. Craving transparency, we relate to unique personalities, passions leading to new tastes, or generations of family distilling. This draw of course leads to marketing ploys and plenty of misinformation sold as authenticity. But that’s another story.

The renaissance of craft spirits would not be what it is without the revival of classic cocktails. In the 1980’s at New York City’s legendary Rainbow Room, King Cocktail Dale Degroff, moved against the mainstream cocktail culture. He squeezed fresh citrus instead of using mixes, dug up classic recipes instead of relying on pop culture cocktails. No disrespect to sweet-and-sour mix, but as with most foods, fresh and authentic is far superior to preserved and artificial. Similarly, beloved drinks of the ‘70s and ‘80s (I’m looking at you, Sex on the Beach!) overdid the sweet factor, acting more as drunk juice than a balanced mix of flavors showcasing a spirit. When classic cocktail recipes from pre-Prohibition began invading the bars of New York and San Francisco, those paying attention began to taste booze again. Spirits. Bitters. Vermouth. Amaro. And other herbal liqueurs. All these elements could be savored in a well-balanced cocktail fueling the American palate for quality booze.

When we’re seeing beers aged in Calvados or whiskey barrels, wine on tap, and barrel-aged cocktails, it’s easy to think this renaissance of “craft” is new. While many drinks never before tasted are being created, King Solomon was right: There is nothing new under the sun. Renaissance or revival more appropriately describes much of what is happening to drink in recent decades. In fact, in much of the Old World (namely Europe) small production operations have never gone out of style—the big business model being by and large American.

When Anchor Brewing’s Fritz Maytag released his beers in the 1960s, the taste and care of his product was a clear contrast to the mass-produced American beers of the day. “Craft” beer exploded in the ‘80s when breweries like Sierra Nevada and Sam Adams began bottling unusual profiles in smaller production. Similarly, when Maytag began producing “small batch” spirits in the 1990s, there were merely a handful of similar US producers. Maytag’s style was Old World but it felt new after decades of mass-produced US products often dumbed down by dilution or multiple runs through the still.

Wine in the 1960’s remained firmly the territory of France and Italy. While there was a growth in Napa production led by pioneers like Robert Mondavi, it wasn’t until The Paris Wine Tasting of 1976 (or Judgment of Paris, captured in the film Bottle Shock) that Napa landed permanently on the global wine map. During this blind competition, French judges named California wines best in white and red categories, opening up the playing field to wines from “the New World”. Though there have been family-run producers since America’s early days, it wasn’t until the Judgment of Paris that both large and small American craft winemakers were noticed and wine sales launched.

Prohibition shut down hundreds of small producers around the country. Spirits, with their higher alcohol content, bore the worst of the burden, taking the longest to recover and in many states today still facing tough legislation. The number of US distilleries in the early 1800s exceeded 14,000. By comparison, over 500 US distilleries in 2013 seems an insignificant number. But not when one considers that in 2003 there were roughly 70 US craft distilleries. This renaissance might not have been needed had Prohibition never occurred.

Now, with the history in mind, back to the question at hand: with a glut of new product on the market, what is craft? In the face of huge companies launching “craft” brands within their line to compete with small-but-growing craft categories, it’s getting harder to say. However, two trade associations, the Brewers Association and, most recently (in July), the American Distilling Institute, have attempted to set standards for what it means to be Craft. The Brewers Association limits craft production to less than 6 million beer barrels per year, while the ADI qualifies it with annual sales as less than 100,000 proof gallons. The ADI also classifies craft distilled and craft blended liqueur, acknowledging both grain-to-bottle producers and those who blend pre-made product. This category nods to Europe where a “master blender” must ascertain the best batches for blending whether it be whiskies, Cognac, or otherwise. Both the Brewers Association and the ADI define a craft brewery or distillery as one where no more than 25% of the brewery or distillery can be owned by an alcoholic beverage company other than the brewery or distillery itself.

Clearly, the confines of craft are contestable and will continue to be debated for years to come. But the renaissance, made a certifiable reality by the powers that be, is raising the quality of drinking for all of us.

About the Author Virginia Miller

Virginia Miller has traveled the world in pursuit of her love of food and drink, suffering from an insatiable curiosity (and appetite) and is the San Francisco/Bay Area Editor for Zagat with daily articles at www.zagat.com/san-francisco (@ZagatSF on Twitter).

Founding her own food/drink/travel newsletter, The Perfect Spot, in 2007, which she still runs, she became the head food and drink writer at the SF Bay Guardian with a weekly column for 5 years. In addition she’s written for Liquor.com, Eater, Grubstreet, 7×7 Magazine, Drink Me Magazine, Blackboard Eats, PureWow, Citysearch, NBC’s The Feast, to name a few, and regularly judges cocktail, spirits and food competitions.

Besides eating at over 600 places a year and combing cities in pursuit of regional foods, she is equally passionate about drink, exploring wineries and especially distilleries and craft cocktail bars around the globe.

Next post We Just Found The Perfect Guide On Cheese & Beer Pairings!