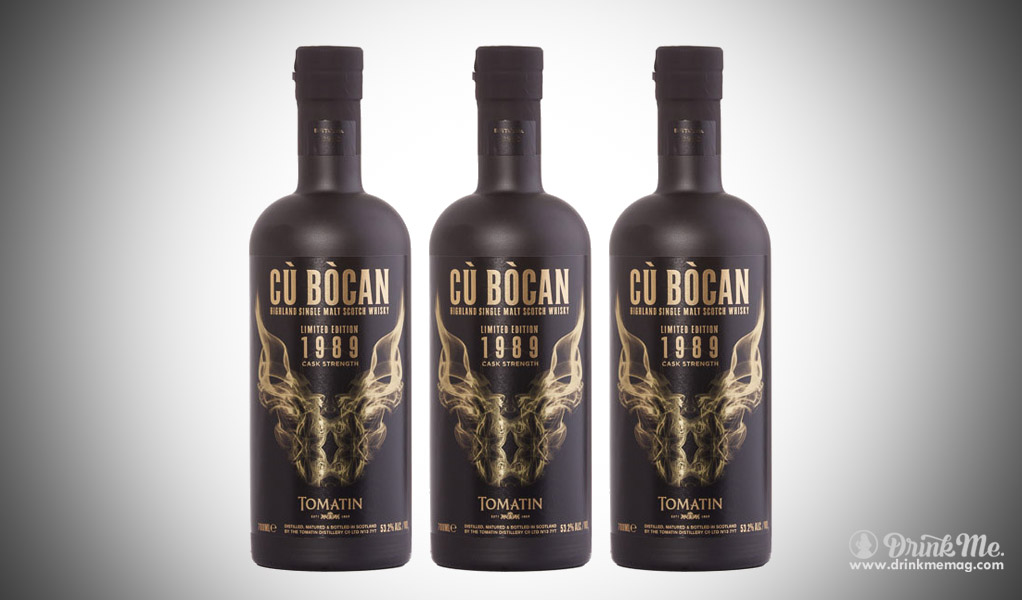 Cù Bòcan is the urban legend of a hellhound that stalks the residents of the remote Highland village of Tomatin. Legend has it a distillery worker was taking a late night stroll when suddenly he found himself being pursued by a snarling and mysterious black beast. Compelled by curiosity to see exactly what this beast was, the man turned and reached for a handful of the beast’s thick fur. Hands trembling as they faced the barred teeth and flared nostrils of the great beast, the man was left more terrified when instead of being attacked the beast instead disappeared into a blue hazy mist. Centuries later Cù Bòcan from Tomatin Distillery bottles single malt scotch whiskies as legendary as the tale they are based on.

Cù Bòcan 1989 Scotch Whiskey is a limited edition that was distilled on June 7, 1989. This rare, smoky, and sweet edition is highly sought after with only 1080 bottles available. The nose offers a light smoky, heathery character that softly gives way to zesty citrus and eventually soft aromas of sweet honey. The palette offers strong hints of smoke and floral heather followed by sweet fresh fruits like blackberries, oranges, and blueberries all balanced by subtle hints of clove and ginger leaving the finish long, smooth, and sweet. Get the rare taste that is as legendary as the beast that inspired the name.