Diamonds in the Rough: Australia’s wealth of wine 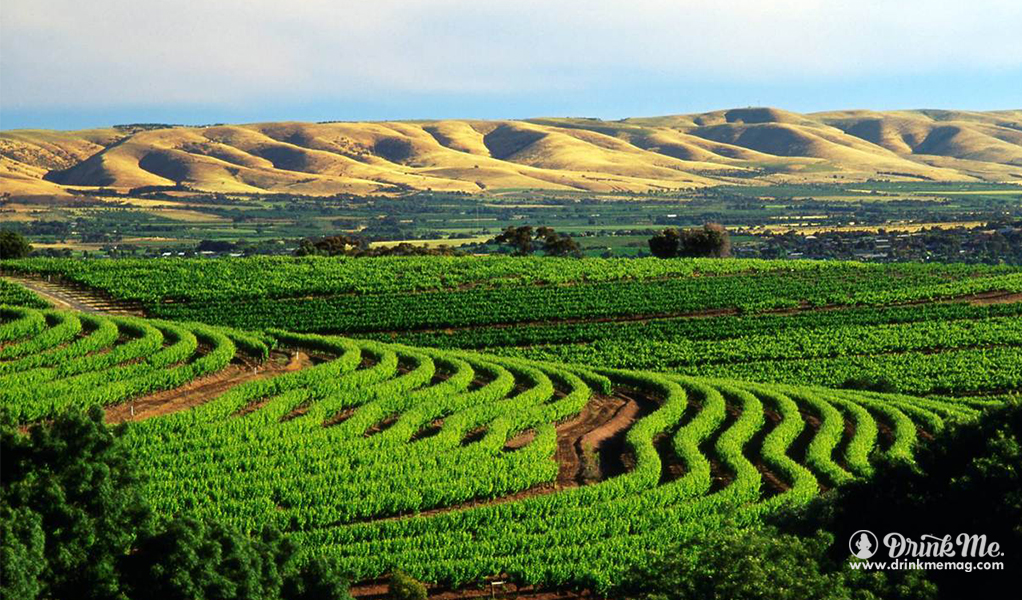 I flew into Griffith, a remote area in New South Wales, on a four-seater plane. Aside from being terrifying it was also astounding—I could see absolutely everything from the air. My winery hosts told me to look for ‘roos as the plane landed in the town where yellow tail, one of Australia’s biggest brands, is headquartered.

I didn’t, sadly, see any kangaroos but I did see the little white house that the Casellas—the family of Sicilian background who founded and own the winery—built. It stood in what was once a field but was now surrounded by all the high-tech equipment that goes with an approximately 12-million case production winery. The proprietors also let me in on a little known secret; the winery makes elegant, complex wines from esoteric grape varieties. These small batches are markedly different from their mega-brand counterparts of fruit-forward wines that have made a name for the winery in the states. The Aussies keep the really good stuff for themselves.

The bumps in the road to Australian wine’s international claim to fame may be partially attributed to a flurry of critter labels—penguins and crocodiles and kangaroos, oh my! —but are probably mostly due to their all too similar taste profiles and pricing. However, in actuality, Australia’s wine production is varietal and regionally focused. Vintners down under produce many of our favorite grapes as well as lots of single-varietal wines. Top red grapes include Syrah, Cabernet Sauvignon, and Merlot; whites are often Chardonnay, Riesling, and Semillon. These familiar offerings have long appealed to American consumers.

Australia is a land of contrasts and they are reflected in its wine industry. The country is home to some of the most sophisticated cities and most isolated outback. It is almost as large geographically as the United States, and Melbourne is home to reportedly the largest Greek community outside of Greece. It is a country capable of producing simple, fruit-forward, and everyday wines just as easily as stunning, cool-climate wines worth taking a titanically long flight to experience. In fact, somewhere between 30 to 40 percent of Australia’s vineyards are considered to be in cool-climate areas.

When German wine producers told me they were falling in love with Australian Rieslings I started paying attention. Regions like Margaret River in Western Australia and high-altitude areas of the Barossa outside of Adelaide produce beautiful and elegant wines that are lower in alcohol and much more food friendly than many hotter climate mass-produced wines.

Large producers and small have gotten on the bandwagon and are helping add a new face to Australian wine production. When I first visited the Barossa and tasted the minerally and incredible Jacob’s Creek Steingarten Riesling I realized how great and multifaceted this genre of wines could be. The iconic vineyard is on steep and rocky piece of the western Barossa Valley. Its altitude and position accounts for the wine’s intense citrus flavors and great balance. Standing in the middle of this vineyard, with glass in hand, (and looking out for snakes), made me truly understand what caliber of wines the cooler microclimates in Australia are capable of producing.

But that’s not all that small Australian wineries have to offer; there are a number of Aussie Cabernet Sauvignons that age exceptionally well. They have a tannin and fruit structure that evolve beautifully. I tasted a decade-old Penfolds Cabernet Sauvignon a few years ago that was divine and tasted much younger. Unfortunately, it is hard to find these older vintages at retail.

Why have many of the lesser-known vintages remained hard to find? Unfortunately many Australian producers and their importers have gotten into the curious habit of selling and promoting younger vintages in America; Penfolds Grange is one of the rare Australian wineries that, because of its high ratings, consumers can find—and pay handsomely for—older vintages. It takes wineries a considerable about of time and money to cellar older vintages for more than a handful of years. Furthermore, it also takes a major marketing vehicle—generally only found behind top wine producing regions like Napa, Bordeaux, or Piedmont—to ensure proper pricing for wines when they hit the market. Given the accessible price point of many Aussie wines on the US market, investing in cellaring and selling older vintages doesn’t make a lot of strategic or financial sense for many producers.

What’s more is that many large brands are represented by large distributors who are more interested in moving whatever vintage they have on hand than promising retailers and their customers a specific year. I once tried to get my hands on a decade-old bottle of Australian Cabernet Sauvignon and wasn’t able to purchase the vintage I wanted from the retailer because the distributor insisted on selling what they had easily available.

In terms of wine styles, red blends have made, and continue to make, a name for themselves in Australia. Grange, arguably the country’s most iconic and highly rated wine is generally made from Syrah with a touch of Cabernet Sauvignon. Other labels, such as Domaine Terlato & Chapouptier’s Rhône-style blend, which is a mix of Syrah and Viognier, is an appealing and affordable bottle too.

Consistency of wine style in the face of large-scale production has been a key sales advantage for Australia. The best of its easy-drinking everyday wines are incredibly solid from vintage to vintage—not something that every growing region or country can guarantee. Big Australian vineyards and large producers are able to ensure a continuous house style for their entry level wines much like great Champagne houses or classic Bordeaux producers.

Many of the country’s smaller regions and growing areas produce great and unusual wines that are often not seen in the US. Places like Kangaroo Island, just off the coast of Adelaide, make some great wines across stylistic borders. It also offers lots of great ‘roo and koala bear sittings as well. However, production of these wines is generally just too small to support a big export market, as is also true for many US producers promoting their wines abroad. How many small-batch California wines do you see on wine lists in Paris?

Thanks to the number of new Australian restaurants and wine bars, more US consumers are getting to know some of these lesser-known wines. However, the majority will just have to be discovered by crossing the Pacific, as most small-production gems just don’t land too far from home.

About the Author Liza Zimmerman

Liza Zimmerman has been writing, educating and consulting about wine,
drinks and food for two decades. She is the principal of the San
Francisco-based Liza the Wine Chick consulting firm and regularly
contributes to publications such as Cheers Magazine, DrinkUpNY and the
SOMM Journal.

She has also worked almost every angle of the wine and food business:
from server and consultant to positions in distribution, education,
event planning and sales. She has visited all the world’s major
wine-growing regions and holds the Diploma of Wine & Spirits (D.W.S.),
the three-year program that is the precursor to the Master of Wine.
She has also passed the one-day Beverage Alcohol Resource (BAR)
program and audited the week-long program in New York.

Next post Yes, Thats Right, There Is Now A Beer For Game of Thrones