“Did you say white Bordeaux?” 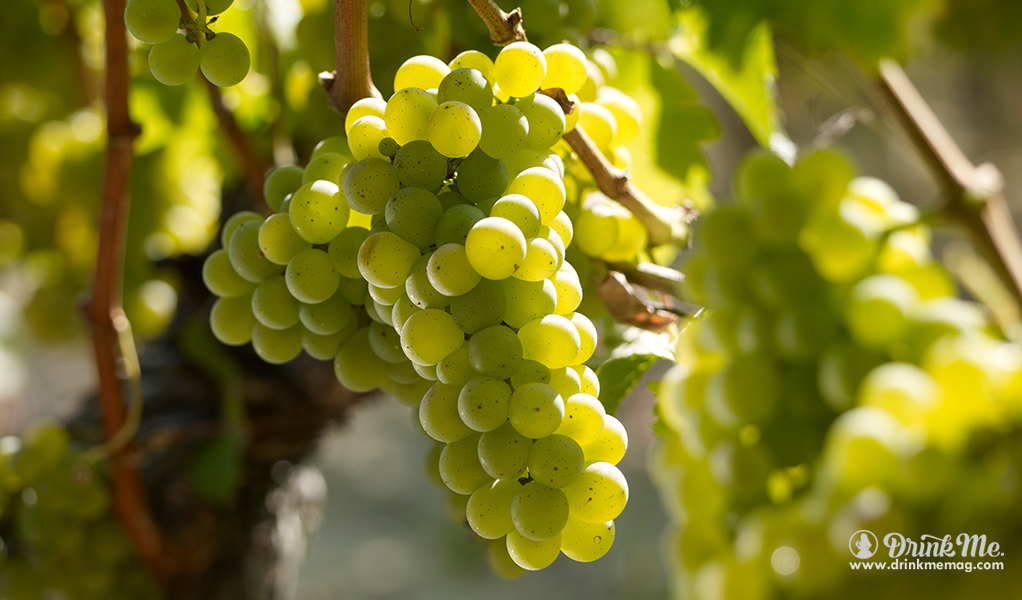 When we think of a white Bordeaux, how much do we really know about the forgotten sister of the hunky, full bodied red?  It turns out, not as much as we thought.  Once upon a grape, the white Bordeaux was just as popular as the red, if not more so.  Then a small hiccup of arrogance or dare one say idiocy occurred, where many decided to follow the crowd with what a “good” wine really is.

Bordeaux loosely translates as ‘along the waters’, or the rivers of Garonne and Dordogne to be exact.  Many believe that depending on which side of the river the grapes are grown on, produces the better wine, a somewhat juvenile statement.  A quality white Bordeaux does not solely rely on which side of the river but more on the quality of soil, harvest, and the technique of combining grapes.  Once the individual wines have come of age, the cellar master and oenologist have fate on their taste buds.  They are the ones who decide which wines will be blended and the percentage to be mixed, with the ultimate goal of producing a good quality wine.

It has been suggested the Romans created the wine we now know as Bordeaux.  A lot of credit is due for their many great discoveries, but this was not one of them.  Bordeaux wine has been floating up and down the Garonne river way before the Romans ever set foot on French soil. The Romans did however sophisticate and cultivate the land in order to produce a better crop and therefore a more refined wine.  Throughout history Bordeaux has had its peaks and falls.  A prime example of this was after wine crops were destroyed, during the devastating frost of 1956, the white Bordeaux was shamed for being over priced and consumption took a dip.  It was still however the dominant color and harvest until the late 1960s where its popularity peaked.  The 1970s favor shifted to the red and quickly left the white in its wake.

A large majority of grapes used in white Bordeaux are Sauvignon Blanc and Sémillona.  Muscadelle, UgniBlanc, and the Colombard grapes may also appear, though they are not as common.  Sauvignon is the most common of grapes used for white wine production in France.  This particular grape thrives in Bordeaux’s mild winters and warm summers resulting in a successful harvest.  Experts have had numerous arguments if the Sauvignon grape originated in Bordeaux or the Loire region.  Passions can run high when the conversations turn to the grape, but all experts agree on one thing:  the Sauvignon formed the white Bordeaux.

The early millennium years saw white Bordeaux hold a 9% market share in the world of wine production.  This averages at roughly 7 million bottles of white Bordeaux bottles being produced each year, yet it is still hard to find a variety of white Bordeaux in many wine bars and restaurants.  The year 2005 produced some of the best white Bordeaux this millennium.  Could this simply be a lack of knowledge that the white Bordeaux is out there and much of it is damned good, or is it merely the fact the average wine consumer has not been exposed to the fresh, dynamics of this wine?

When looking for a white Bordeaux, remember the ratio of grapes.  The higher the Sémillon content, the greater potential to store longer.  One’s mind boggles with all the talk of vines, grapes, barrels, harvests and soils, so let’s keep things simple.  White Bordeaux is a light white that if harvested in the correct manner, can produce some very complex undertones.   Grape blending is a serious business when it comes to this particular wine.  Think of a grape on grape love making ritual with the goal being a procreation of a perfect blend.  This results in happy wineries and satisfied consumers.  Not only can these blends be magically seductive, they are a virtuosity, a craft, and they can often provide a great bang for your buck.  So when you order your usual Sauvignon Blanc or Chardonnay, stop!  Be just a tad daring and order a white Bordeaux.  You maybe surprised and seduced into loving this shy and unassuming wine. 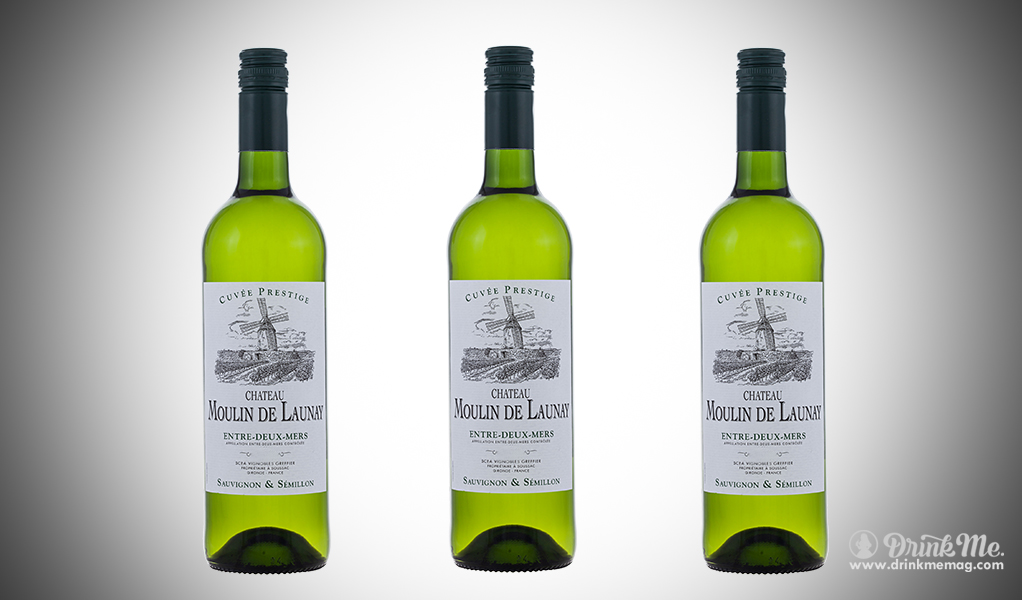 The Entre-Deux-Mers, is known for its dry, yet sweet and refreshing wines.  The Chateau Moulin de Launay (2014) is an elegant wine and recommended to drink young.  Light in color, iridescent with a hint of yellow, you may be tricked into thinking this wine will be acidic with little flavor.  Wrong!  On first nose you are greeted with herbaceous flowers and juicy pears.  The taste is delicate, dry, with a hint of citrus definitely present.  The aftertaste alludes to a grapefruit nestling up with a juicy slice of peach.  This is a fresh, uncomplicated wine which is a decent pour for the price.  Enjoy with white fish, vegetables or salad. 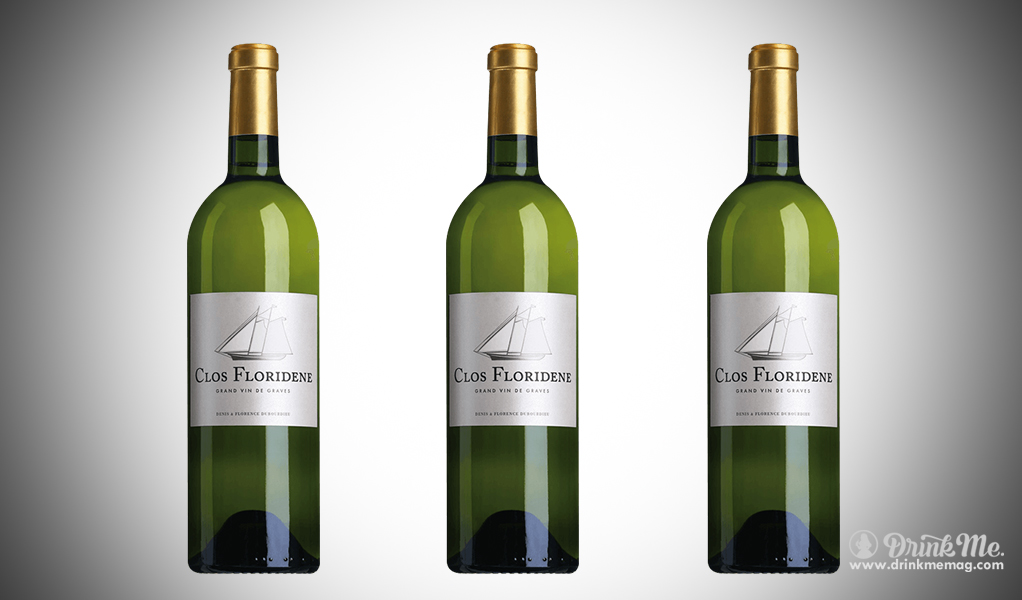 Floridene is the combination of the founders’ names, Florence and her husband Denis Dubourdieu.  Founder Denis, is not only a white wine expert he is also a Professor and Director of Oenology at the University of Bordeaux.  This white Bordeaux is dry and complex in flavor and dimension with floral aromas, and a suggestion of lemon.  Clos Floridene Blanc, is also influenced by a mineral base, meaning that it is not entirely shaped by fruit, spices or herb.  This particular wine is heavily swayed by the soil in which the vine is grown.  A thin layer of clay sand covers the limestone sub soil of the Pujols Sur Ciron and this is what adds a certain depth.

These flavors mingle perfectly whilst frolicking on a bed of wild flowers.  Don’t expect the rich aroma of a chardonnay or the oaky fullness it provides.  Instead appreciate the delicate suggestions, Cinderella-like in its beauty, but overshadowed by its loud-mouth relatives. 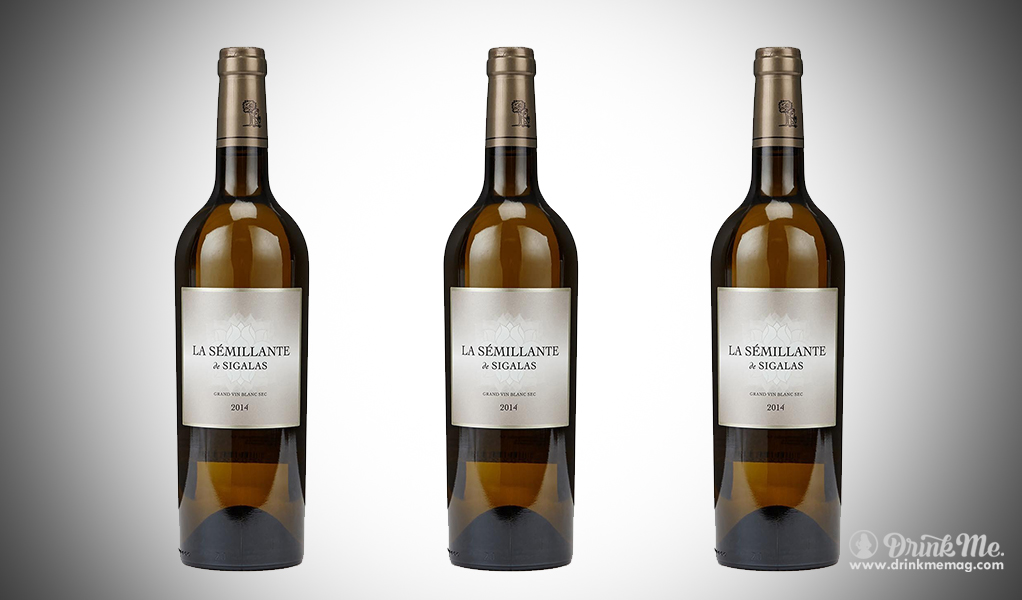 Château Rabaud has been in the Sigalas family since 1863.  In the early 1990’s, a large portion of the Château’s land was sold off.  However, the Sigalas family knew that the profit was to be made on the entire south facing outcrop, better known as “The Jewel Of Sigalas”.  Today the heirs to this jewel are the Lambert des Granges family.  Carrying on with family tradition they selected the best grapes for their 2014 late August harvest.  The great deal of sunshine, the dry winds, and the fresh Summer nights of 2014 produced the perfect amount of acidity, fruit and sweet for a healthy grape.

La Semillante De Sigalas is a dry white, which has been aged in oak French barrels for eight months.  Rays of yellow jump out of the bottle to add a dash of golden color and therefore a greater depth.  The nose is delicate with white flowers wrapped in a toasty grass blanket.   The taste is lively with apples, lemons and grapefruit and ends on a silky lingering after taste of wild summer flowers.  This wine is refined and pleasantly full bodied for a white Bordeaux.  Picture yourself on a picnic blanket amongst the vines of Bordeaux, indulging on French baguette and Brie, whilst sipping on this delightful wine. 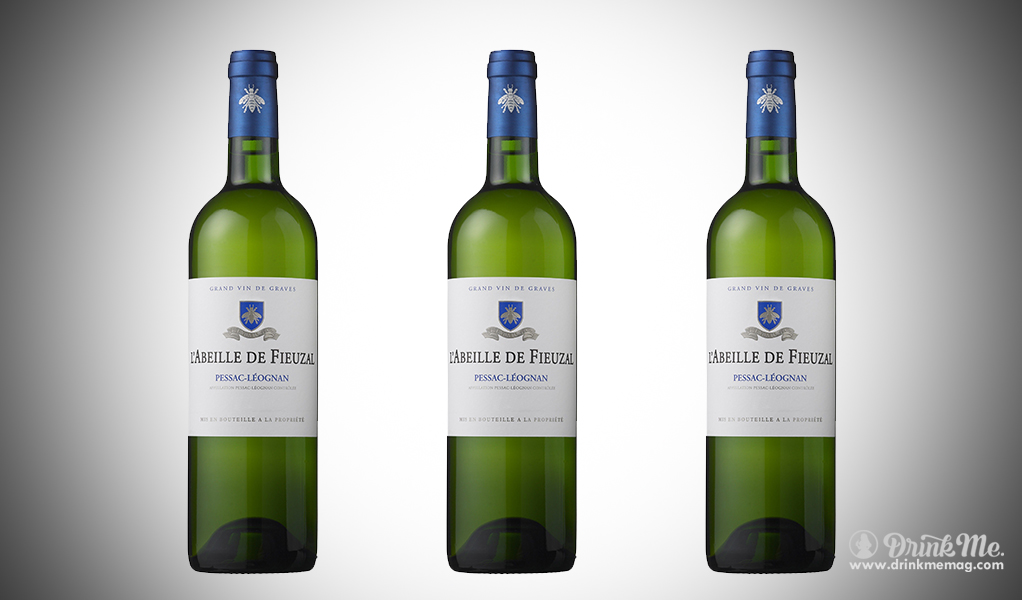 In the Pessac-Leognan region of Graves Bordeaux, you will find The Château de Fieuzal, named after the family who owned the property until 1851.  After this date the Château was separated into a number of estates, only to be reunited in 1995.  A majority of the vines here are at least 35 years of age and older, adding a certain distinguished caliber to the wines.

The soils surrounding the Château are clay, sand and gravel, a perfect combination of soils to produce a light wine with plenty of body.  The wine is aged in French Oak barrels, with a third of the wine stored in steal vats.  These wines are then transferred to concrete vats to soften the character of the wine.

The color of L’Abeille de Fieuzal, 2013 is a light golden yellow, adding a certain warmth when escaping the bottle.  The nose beckons thoughts of lemon meringue and orange peel, suggesting citrus layers with a mineral undertone.  The taste, is of fresh fruit with a dry hint of oak casing the roof of your mouth.  The after taste is delightfully titillating, like a British fruit bun, dry with the odd pop of fruit enveloped in a decadent dough.  The golden grapes are harvested and fermented in roasted barrels, matured for at least eight months and have the capability of being stored for ten years.  This is a wine whose personality and features make you smile. Its old fashioned, round in body, great with conversation and when you wake in the morning you have no regrets!  It is a complex wine to be enjoyed with shellfish, salads or BBQ.