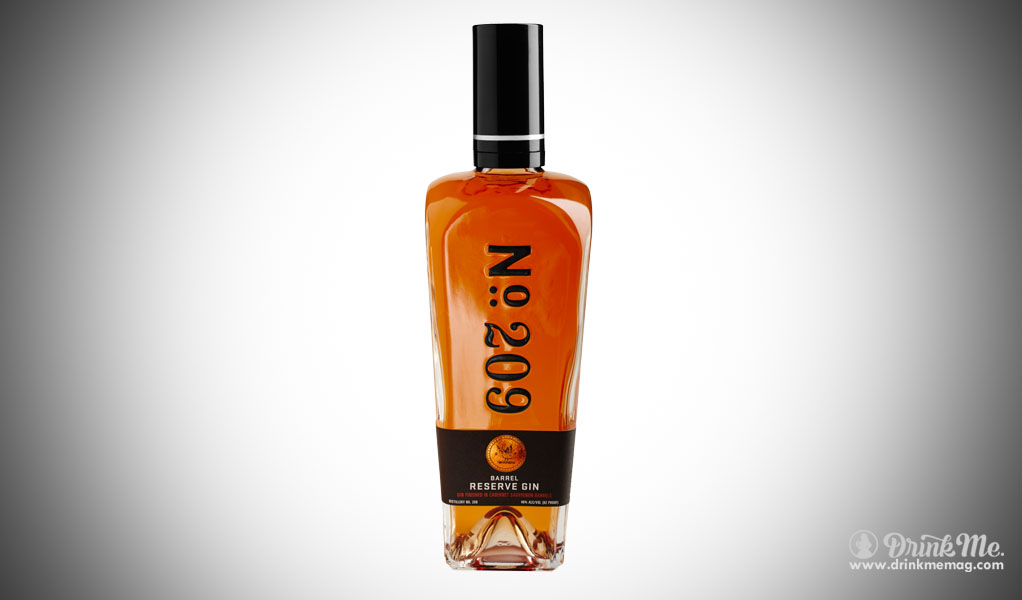 A beautiful peachy-brown hue rests in the bottle, a clear indication of the Cabernet Sauvignon aged French oak barrels that have used to create this gin.

On the nose a sticky caramel marmalade is your confirmation of the barrel aging that has taken place. There’s a rich combination of juniper alongside stone fruits such as peach and apricot. Incredible juniper notes alongside stone fruits such as apricot and peach also come into play. Coriander once again bounces into the limelight upon the finish, adding that expected herby nature we have come to love from 209.

Upon taste, an initial burst of sweet citrus hits the tongue, followed by a balance of oak and cabernet sauvignon from the barrel aging. Upon the mid-palate an elation of floral, herbaceous and spice-rich notes come to play; black pepper, juniper, ginger and cloves. The finale erupts into a sensation of dark chocolate, interlaced with oak and vanilla.

All in all this is a sensational gin which deserves to be sipped entirely on its own.