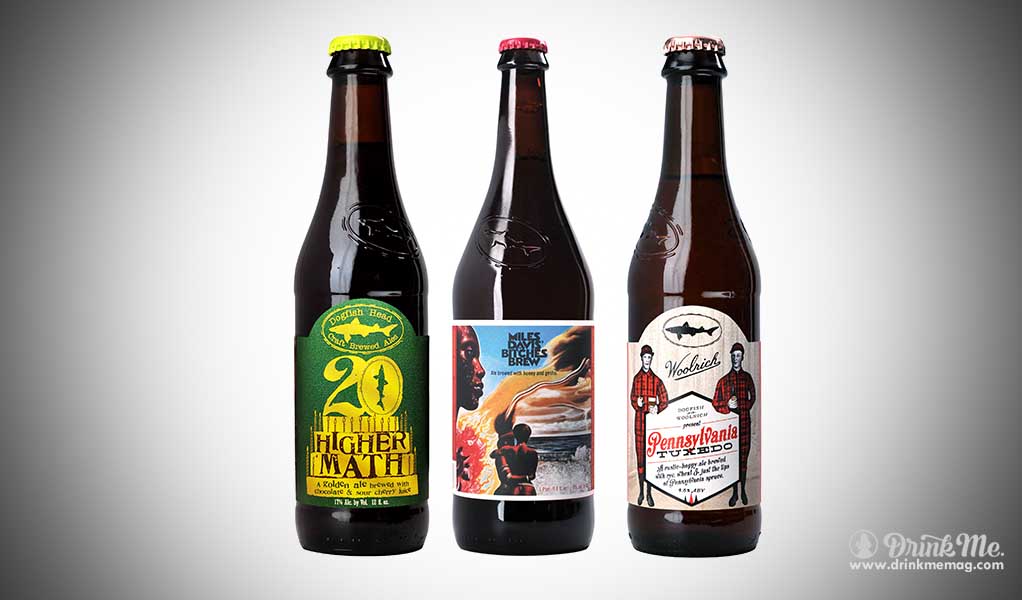 Dogfish had some recruiting help for the next beer on the list. In collaboration with legendary outdoor outfitter Woolrich, Dogfish officially gave life to Pennsylvania Tuxedo. Embracing the wilderness, Pennsylvania Tuxedo is a spruce-infused pale ale inspired by flannel-suited hunters and gathers who dwell amongst sturdy evergreens.

Blending together two Dogfish Head favorites, Dogfish felt it only right to make 75 Minute IPA available. Gaining its name from being in the middle of its two parental beers, 60 Minute and 90 Minute, this offspring takes on the sweet maple syrup and carbonate genes. Overall, 75 Minute is soft, velvety, and dry-hopped.

No winter beer release list is complete without some fruity personalities. Fort, an ale brewed with a ridiculous amount of raspberry juice, is a Belgian-style combined with the fermentation process similar to that seen with Higher Math and 120 Minute IPA. Strong on the palate, Fort pairs well with many foods. While, Piercing Pils takes on a traditional English perry and Czech-style pilsner flare. The complex pear notes and the spicy Czech Saaz hops with a late addition of white pear tea adds a gentle acidity to an already crisp and refreshing lager.

Though not new, Bitches Brew makes a strong comeback. As you may or may not remember, Bitches Brew pays homage to Miles Davis’ 1970 paradigm-shifting, landmark fusion breakthrough under the same name. In collaboration with the album, Bitches Brew is a dark beer blended by imperial stout, honey beer, and gesho root.

Embrace and welcome winter with these new Dogfish faces.

Next post No One Makes Wine Better Than Kanye West, Obviously.