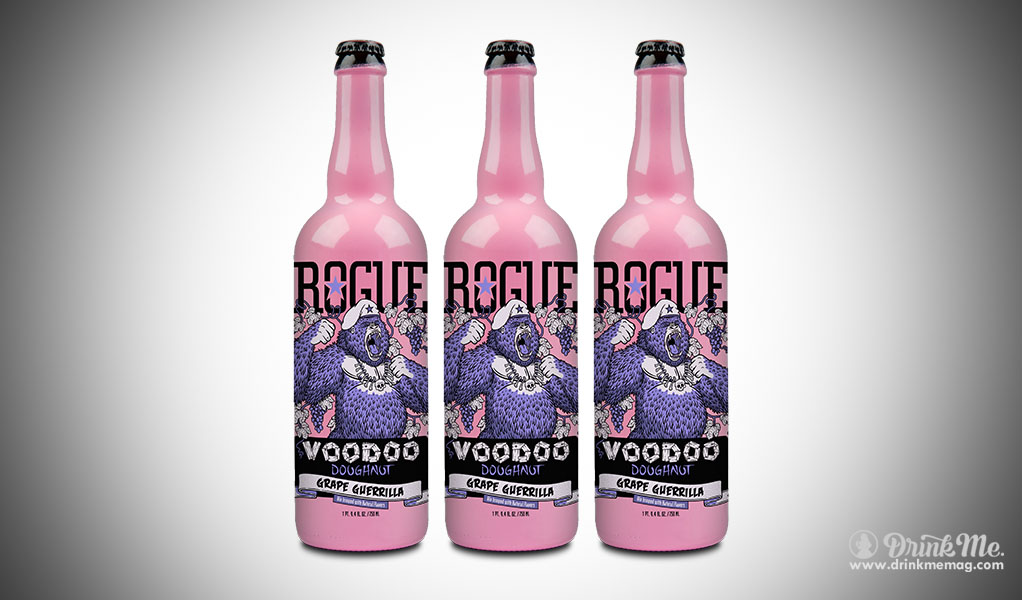 Rogue Ales & Spirits was founded in 1988 in Oregon as one of America’s first microbreweries. They express themselves through handcrafted Stouts, Lagers, Ales, Porters, and Spirits. The brand and name of Rogue represent how they do things differently and have a continuing desire to change the status quo. Each beverage they make has its own unique character and innovative process. Packaged in all 50 states of the U.S., as well as 54 countries. Rogue remains to save the region of Oregon hops, barley, rye, wheat, honey, jalapenos, and pumpkins one acre at a time by growing it on their own.

Rogue Ales & Spirits teamed up with Voodoo Doughnut to release their sixth beverage in its line of doughnut-inspired beers: Voodoo Doughnut Grape Guerilla Ale. The ale is based on Voodoos Grape Ape, a raised yeast doughnut with vanilla frosting, grape dust, and lavender sprinkles. Rogue Ales and Voodoo Doughnut continue to fight against the typical boring beers, by creating a collision of crazy, unforgettable ales. This beer is the perfect cure for a sweet tooth.

Next post Bourbon Tasting Set from Drinks by the Dram