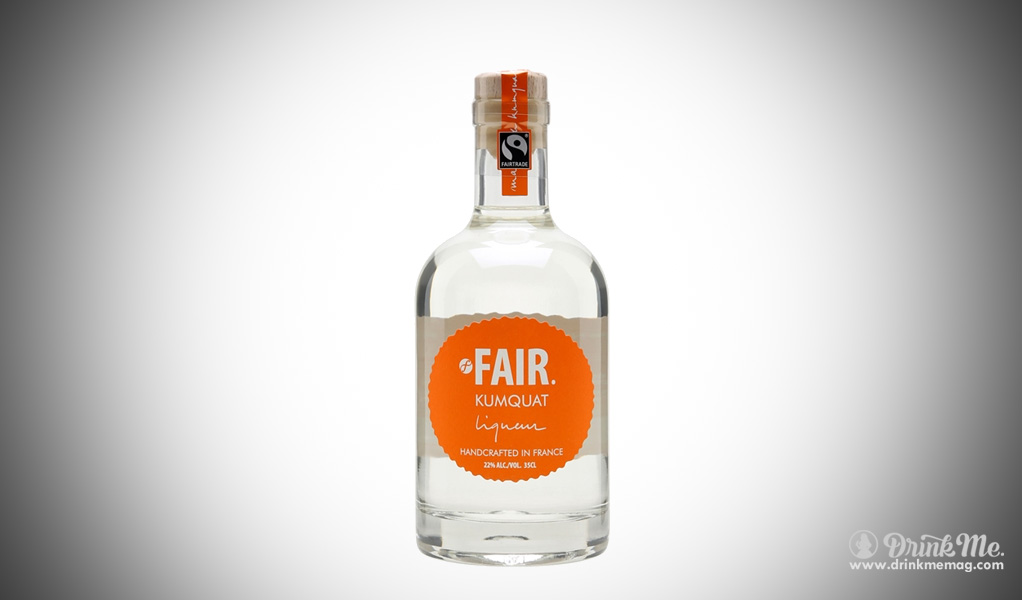 Alexander Koiransky, a former cognac salesman, founded FAIR in 2009 after he tried selling lavish liquor to some of the poorest areas in Chicago. Koiransky created the first and only fair trade certified liquor company that resonates with a growing market, covering dozens of countries. FAIR sources the finest Fair Trade ingredients such as organic quinoa from the 3000 m Altiplano plateau, organic sugar cane grown in Belizean sun, and many more natural ingredients. FAIR truly describes what they are all about: Treating all people fairly in every stage of the process.

Kumquats symbolizes good luck and is mainly grown in Southeast Asia. Modern research has shown kumquat to be rich in antioxidants in vitamin C. FAIR spirits introduces FAIR Kumquat Liqueur. With smoothing notes of mandarin, orange, and citrus, leaving you with a finishing taste of spicy orange blossom. Served best in a martini!