Drink With Political Elite At Off The Record in Washington, DC 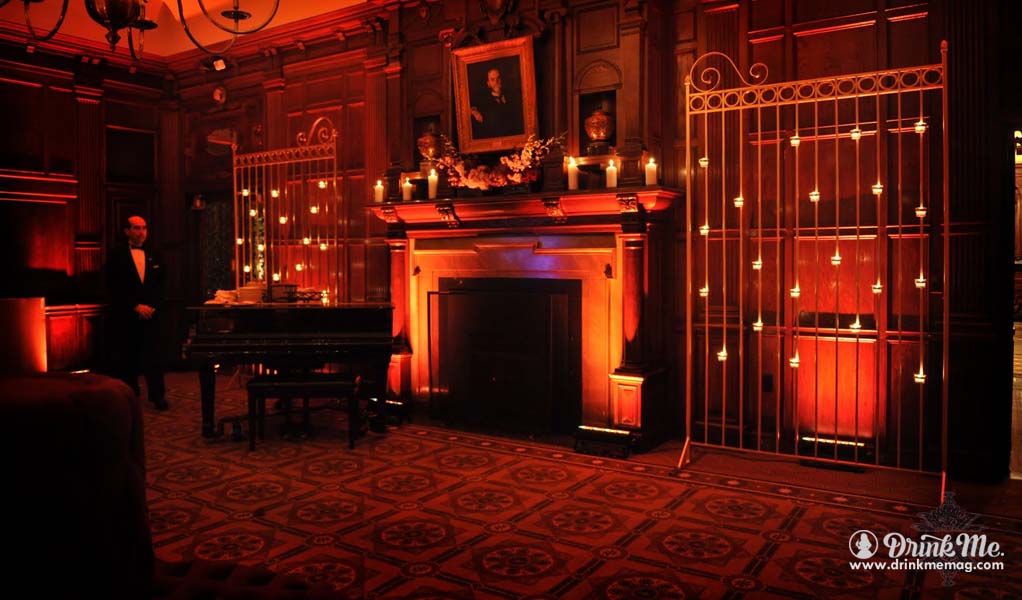 For a fine cocktail in Washington, DC, head to the President’s house.

Okay, no invite to the West Wing? Don’t sweat it. Just stroll past the White House and head over to the nearby hotel, The Hay-Adams. In this hotel, you’ll feel like a political VIP, and maybe even gain access to secrets juicy enough for the Oval Office.

As you walk into this historic hotel, take a quick pause to enjoy the Beaux-Arts opulence before heading left towards the stairs, where you’ll descend into the place where recorders shut off and the booze flows on… long after the sun sets on Capitol Hill.

The location is Off The Record, the hotel bar where DC’s political elite mix business and pleasure with the same finesse that bartenders craft cocktails. Over the years, this underground bar has developed a reputation for being “the place to be seen and not heard.”

“There’s a buzz and mystique about (Off the Record) that you don’t really have anywhere else in town because we really attract the crowd of people that feed into that mystique,” says Julien Surget, the director of food and beverage at The Hay-Adams.

And he’s right. The proximity of The Hay-Adams to nearby government buildings, combined with the perception of safety in the downstairs, speakeasy-esque location, makes Off the Record an easy escape for government workers and even bigwigs. Reported celebrity stops to Off the Record include the likes of congressmen, Henry and Nancy Kissinger, and even Brad Pitt. Yes, Brad.

Red walls. Red menu. Red lampshades. And then a red Manhattan, with a red cherry.

Scarlet overwhelms the bar, evoking feelings of passion and strengthening the sense that a scandalous affair could begin here. Hmm… I wonder if Bill Clinton had a drink here with… Anyway. The Manhattan, made with Bulleit rye whiskey and Carpano Antica Formula vermouth, is delicious.

My insatiable curiosity made it impossible to resist asking Surget about interesting gossip he may have seen or heard. While he says Off the Record’s staff is extremely talented at forgetting everything that’s heard, some stories—albeit only half-juicy ones—have managed to make their way onto the record. While discussing celebrity sightings, Surget recalled a time when the entire cast of Homeland visited the bar.

“The character who plays Brody (Damian Lewis), actually found out, while going over the script in Off The Record, that he was going to get killed in the upcoming season,” Surget said.

Okay, you got me. That would have been a pretty big spoiler alert had it been leaked before the show’s third season.

While sitting in Off the Record, being seduced by red and a tasty libation, you may miss the framed cartoon drawings that are found hanging near the bar-side wall. It’s impossible, however, to miss the political caricatures that are printed onto the bar’s drink coasters. These tiny works of art alone are reason enough to visit this bar.

These coasters, depicting the hot political figureheads of the moment, have become a signature element for the bar. Over the years, the coasters have featured the cartoon likenesses of Bill and Hillary Clinton, George W. Bush and Barack Obama. Recently commissioned artwork from Pulitzer Prize winning-cartoonist Matt Wuerker yielded coasters with the faces of Scott Walker, Bernie Sanders and Marco Rubio.

Surget said the coasters have been a hit, even with those depicted in the cartoons. He then recounted another evening, when former House speaker John Boehner visited Off The Record.

Boehner had entered the bar to find himself pictured on the coaster, depicted receiving a drink from longtime Off the Record barman John Boswell, who has since retired.

Surget paraphrased what a surprised Boehner said to Boswell: “My goodness, this is great. This is you serving me; can you autograph my coaster?” Both Boehner and Boswell then signed and exchanged coasters.

While there’s no guarantee you’ll hear TV spoilers or see politicians signing coasters in Off the Record, you will consistently be served a good drink. The bar specializes in classic cocktails with a modern twist and also has 25 wines and 22 single malt whiskeys to choose from. Not too shabby.

So you’re probably now wondering what I heard during my visit to Off the Record, right? You already know my answer to that question. But, if you meet me for a drink in The Hay-Adams, then I may tell you. Off the record, of course.

Next post Bartesian Delivers Cocktails At The Press Of A Button