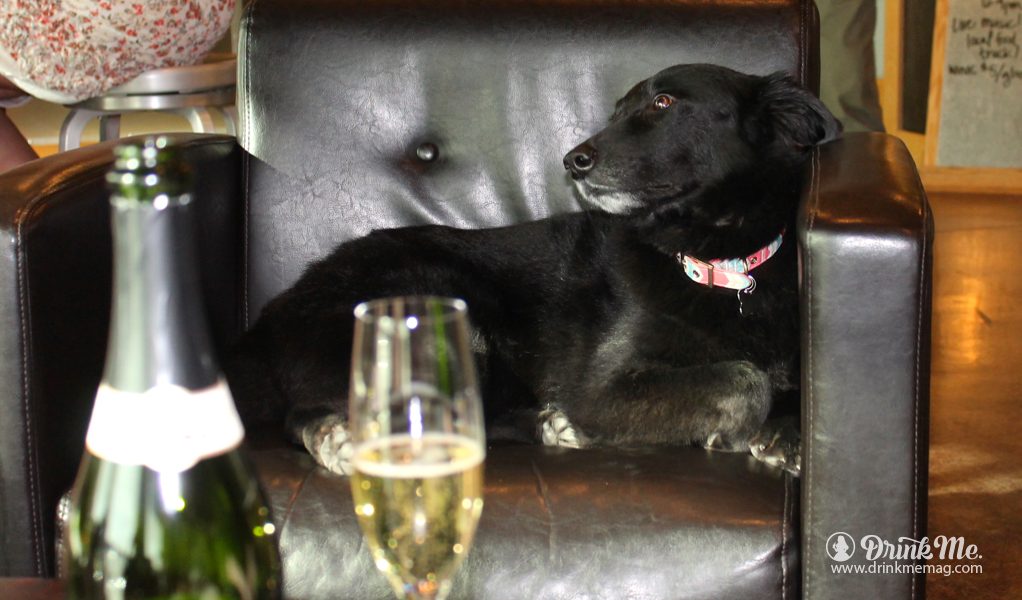 Photo: Dogs are welcomed at most Lubbock tasting rooms

Texas is the fourth largest wine-producing state in the US, but most of their wines are consumed within Texas, so they are hard to come by. Enter Lubbock and the High Plains AVA. Lubbock, named for a confederate soldier, is a quirky place for 250,000 people. Home to Buddy Holly, prairie dog towns, Texas Tech, and a windmill museum, little ‘ol Lubbock is growing at an exponential pace.

The food scene is committed to keeping up with the wines, beers and spirits. Certainly anything slathered in cheese and deep-fried reigns here, however I recently visited several restaurants that are breaking this mold including The West Table in downtown Lubbock, as well as The Funky Door and its two-story, 4,000 bottle wine tower.

La Diosa, too, with its focus on traditional Spanish tapas with a Lubbock riff creates innovative fare. La Diosa’s eclectic Southwest over-the-top motif is vibrant and fun and they also make their own sangria and house red and white wine. “I wanted people to feel comfortable in an exuberant environment,” former interior designer and owner Sylvia McPherson told me. And there’s Evie Mae’s, which has killer brisket. Slow cooked for 16 hours over oak and seasoned only with salt and pepper the thin top layer of fat on this Angus prime is like candy, and their ribs are quintessential fall off the bone. 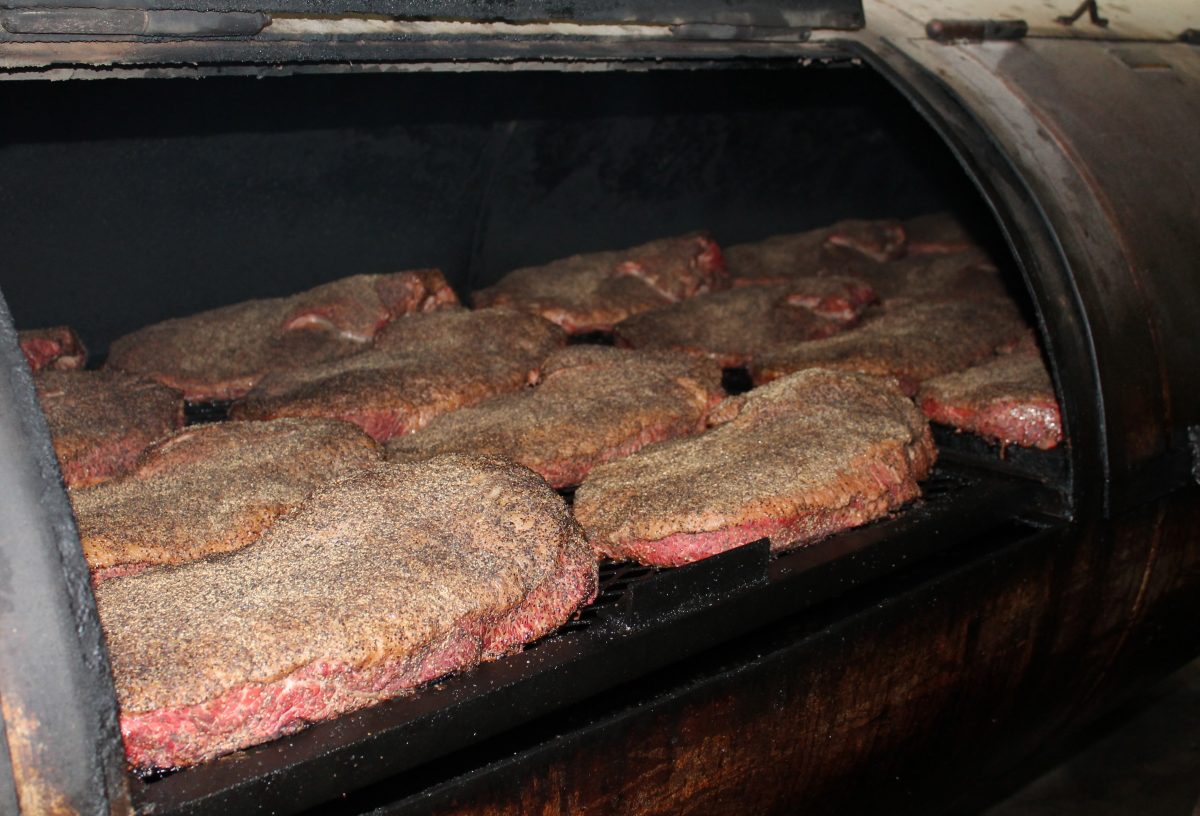 Planted in 2002 the wines of Burklee Hills/Trilogy Cellars are light and crisp with comprehensive acidity. Owner Chase Hill makes wines from his 68 acres of grapes. “I’m 6th generation on the land,” he tells me – land originally used for sheep, cotton, peanuts and cucumber. Like most everywhere in this dry area, the vines need irrigation since Hill, like everyone else, sees about 3% evaporate loss given the unforgiving Texas sun. Therefore certain varieties do better than others. His 2017 Banana Sue is Muscat Canelli; bright, clean with tropical notes and a strong finish. Similarly the Courtney, a Viognier and Marsanne blend, showcases expressive floral flavors. Their 2017 Montepulciano offers moderate berry notes with a surprising, food-friendly acidity, similar to their GSM. Bottle prices range from $17-$32. 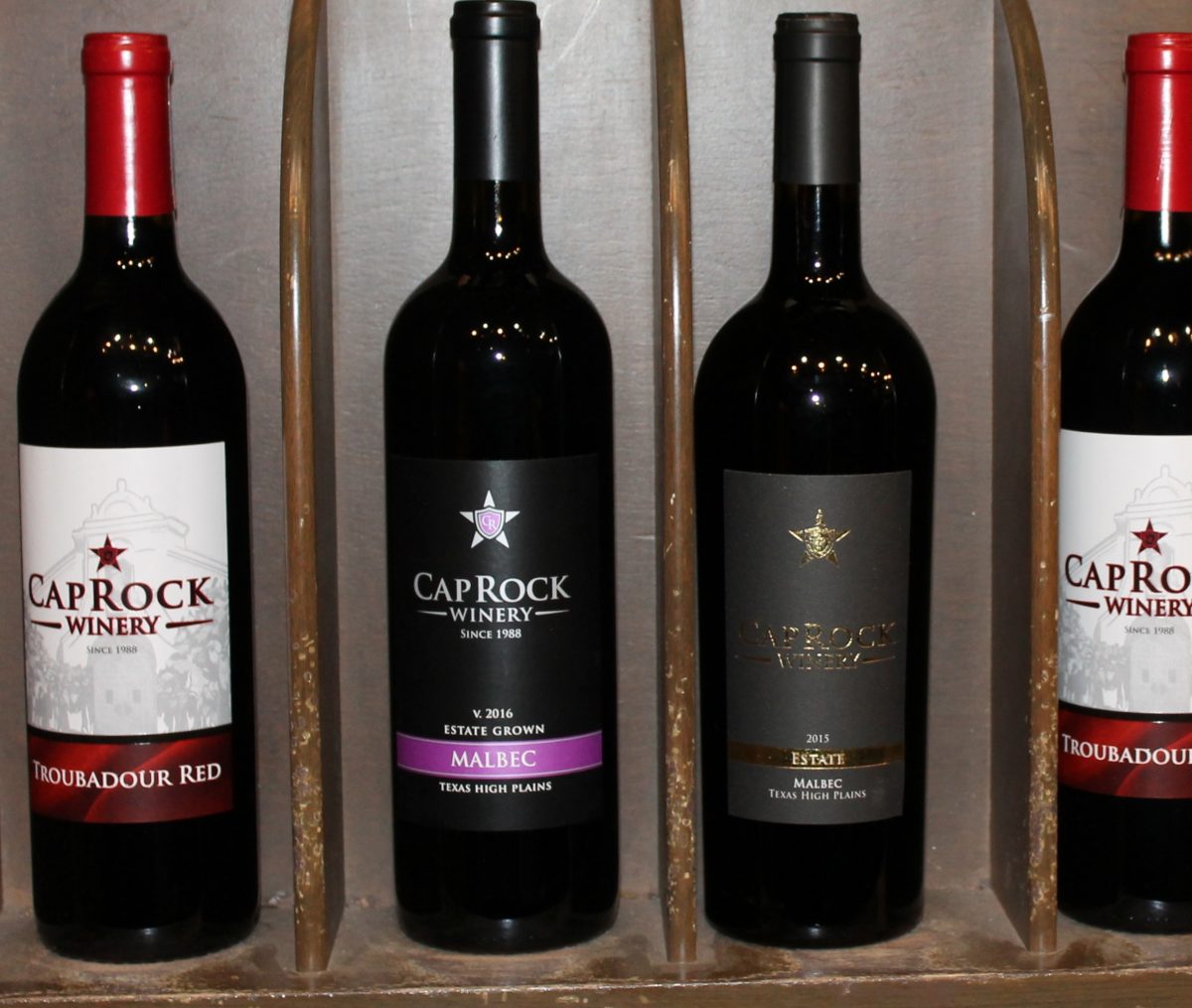 At Caprock wines range from $20-$40 per bottle. Their 2017 Roussanne offers honeysuckle, mango, guava, and tropical notes but is not overwrought. Their 2016 Tempranillo shows how good this variety can be in Texas. Beautiful notes of blueberry, blackberry, and boysenberry with back notes of mocha and cedar. The 2017 Merlot – tasted while still in barrel – will be a must try when it will be released. This is a very comprehensive wine full of blueberry and blackberry with cracked pepper. 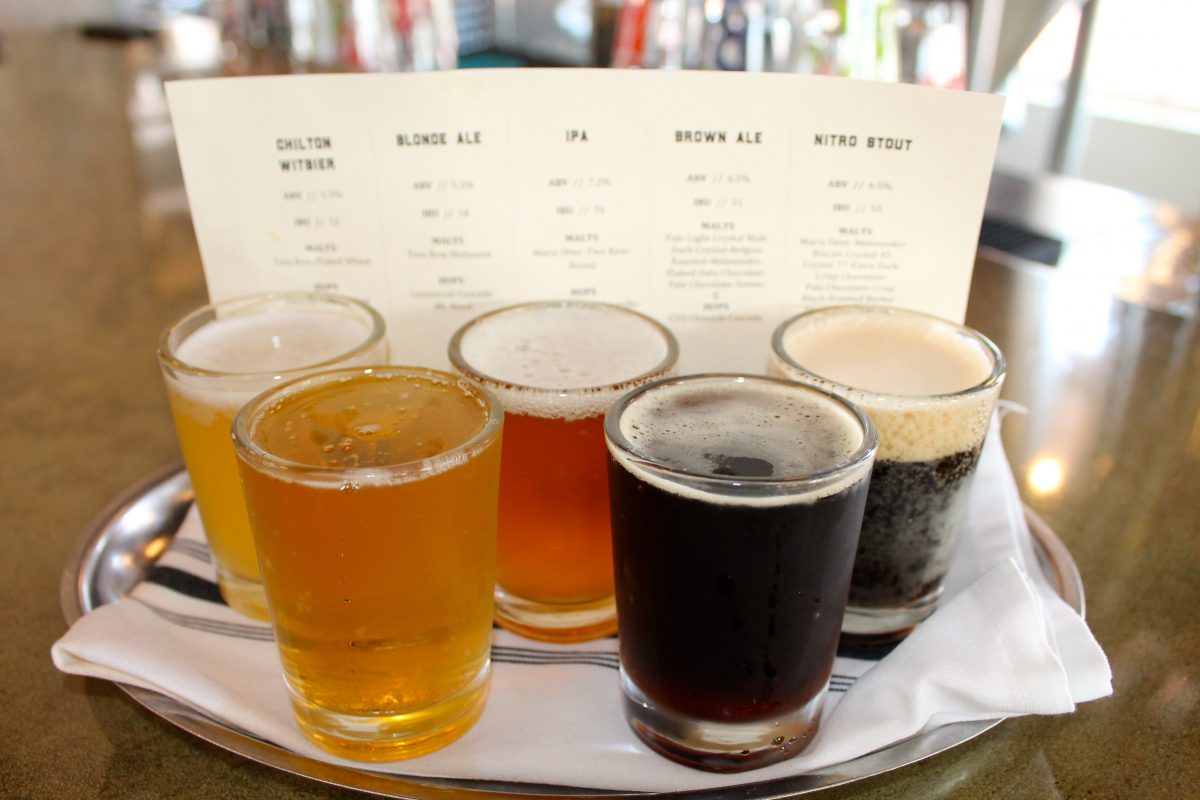 It’s not just wine in Lubbock. Though there is only one brewery currently in downtown, The Brewery LBK, there are others nearby. LBK’s standouts are their Chilton Witbier with its riff on the local cocktail, The Chilton – a simple if forgettable amalgam of vodka, lemon, soda water and a salted rimmed glass. The beer however provides soft mild citrus and at a mere 12 IBUs it’s mild enough for anyone without compromising flavor. Their Blonde Ale too is a very well rounded beer, nicely balanced with good hops, an affable nuttiness, and a clean finish.

Probably the best-known booze in Lubbock is McPherson Winery and its focus on warm climate varieties. The winery and tasting room, a former 1930s Coca-Cola plant, turns out nearly 30 different wines ranging from $12-$32 with the vast majority under $20. Owner and winemaker Kim McPherson studied at UC Davis and worked in California before returning to Lubbock to, “raise two beautiful daughters and help put Texas on the wine map.” Of note is his 2016 La Herencia ($18), which is light, clean with excellent acidity, mild tropical fruit with honeyed notes, crème brulee and great length. Kim’s 2015 Tempranillo ($32) offers nice tannic structure as well as blueberry, blackberry, a great mid palate and finish. The 2017 Les Copains rose’ ($18) is packed with strawberry, kiwi, lemon-lime and a food-friendly acidity. The 2016 Sangiovese ($21) is all bright and rich, earthy, and in fact was sent to Italy to be poured at a Sangiovese symposium. “I’m not a big oak guy, I use it but I’m not gonna be a slave to barrels,” Kim says. Overall these are extremely clean wines, low in alcohol and low in price and they showcase how good Texas wines can be. 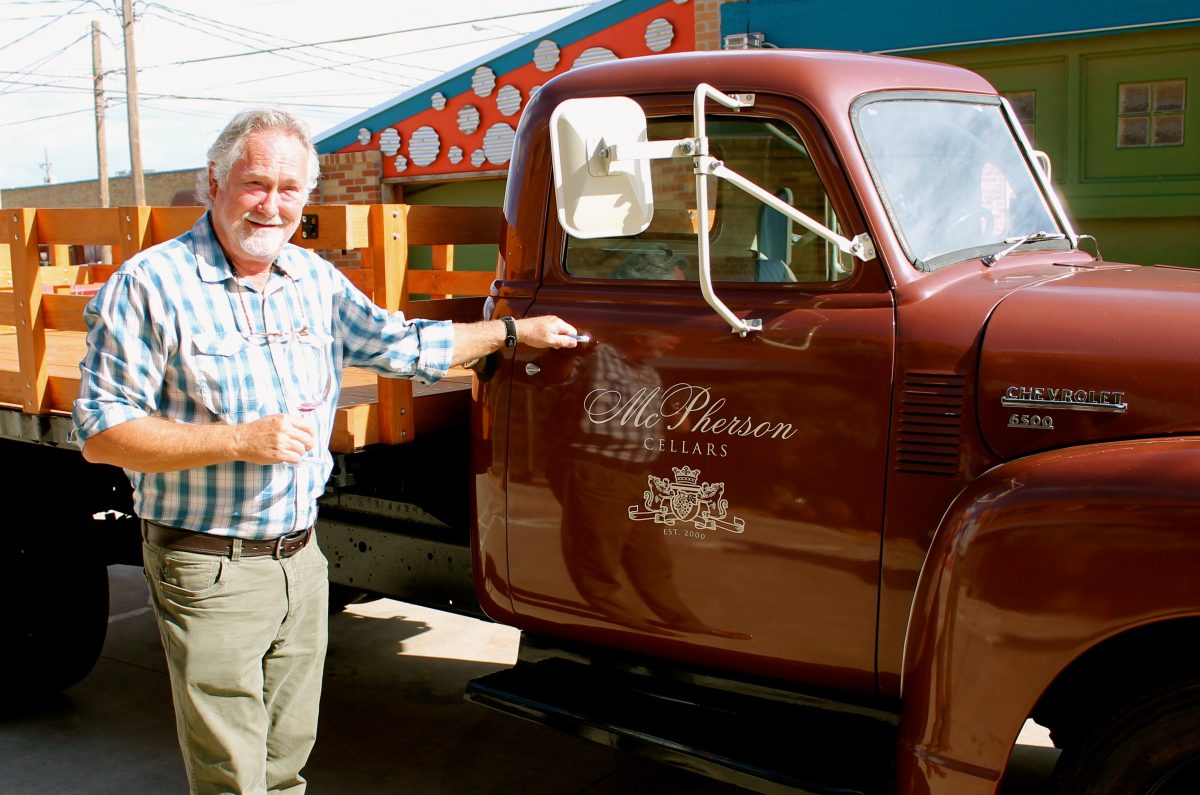 Pheasant Ridge winery opened their doors in 1982 and they make only 1300 cases. Their 2016 Chenin Blanc offers fresh clean soft citrus, kumquat, guava and a mild acidity. Their 2017 Trebbiano ($15) really showcases how well some of these Italian varieties do in Texas soil. There are notes of green apple, pear, a nice minerality and soft acidity. They also, adventurously, make Pinot Noir and while it has more earthy notes including smoky blackberry and black cherry it is a respectable showing for a wine that may not fit well within the confines of Texas. “There is fertile ground out here,” winemaker Bobby Cox tells me, clearly speaking for every winemaker I met in Lubbock and their designs on the future. “We are still in the experimental phases, trying new things…so hold onto your hats.”

Previous post Is Your Tailgate Party A Bit Flat? Spritz It Up