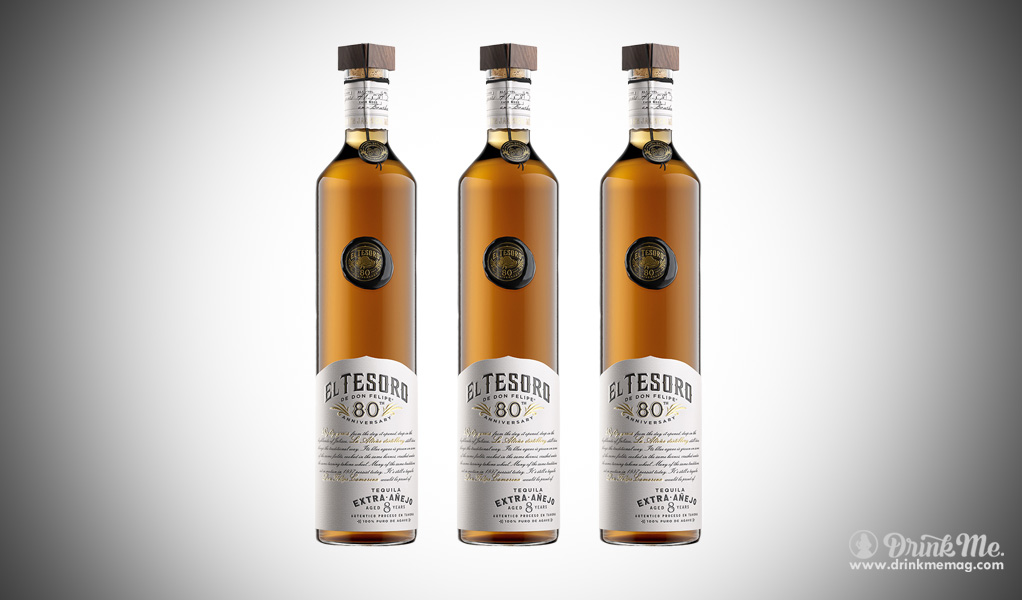 To celebrate its 80th anniversary, the La Alteña Distillery in Jalisco, Mexico is releasing one of its most aged tequilas to date. Eight casks were aged for eight years and are being distributed exclusively in the United States by the brand El Tesoro. Founded by Don Felilpe Camarena Hernández in 1937, La Alteña specializes in a passion for artisanal tequila. Their brand El Tesoro, established in 1990, focuses on the handmade process and maintaining the labor-intensive traditional methods for making tequila.

Carlos Camarena, Don Felipe’s grandson and Master Distiller for El Tesoro, holds to the idea that although faster and more efficient ways of making tequila exist in modern days, El Tesoro is about what creates a better flavor and honors the agave. That philosophy definitely holds true for El Tesoro’s 80th Anniversary Edition. The nose is almost grassy and herbal, with a slight smoky mint character. The taste is exceptionally smooth and light, with more hints of mintiness. The agave comes through in the nose and the flavor as fresh and wholesome, although the finish consists mostly of oak notes that end in a very dry fade. The 83 proof tequila is exceptionally good for sipping, and it exemplifies Carlos Camarena’s thoughts on El Tesoro’s tequila.