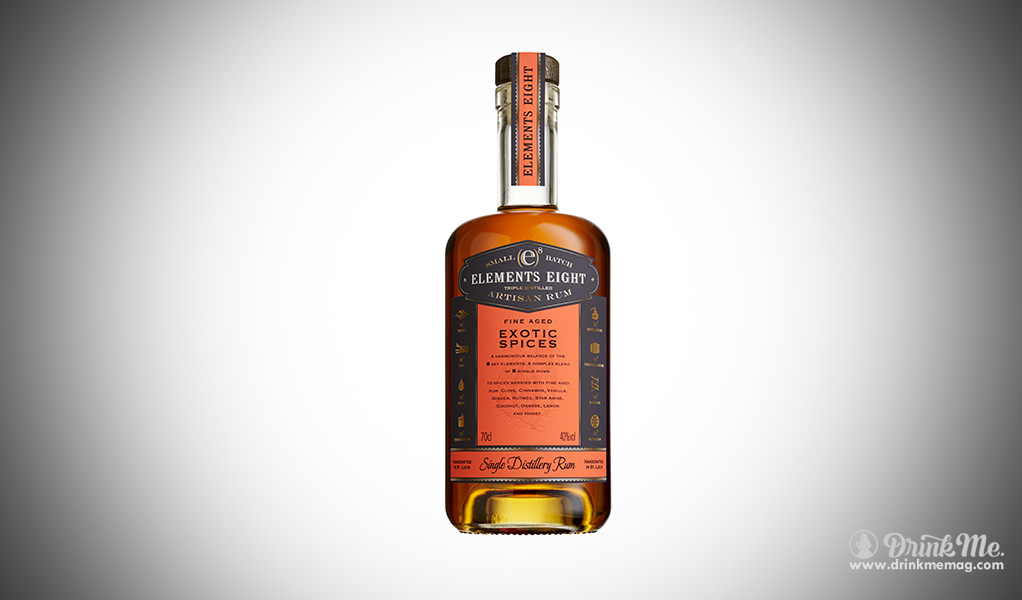 St Lucia is bringing a one of a kind, most complex spiced rum in the world. Elements Eight is a complex blend of eight single rums, handcrafted as a Single Distillery Rum from the Windward Island and when it launched Exotic Spices, it pioneered the super-premium spiced rum category.

It is made with pristine rainforest water naturally filtered through volcanic rock formations and premium molasses that is obtained from hand-harvested top grade Guyanese sugar cane. The 10 fruits and spices, which comprise of clove, cinnamon, vanilla, ginger, nutmeg, star anise, coconut, orange, lemon and honey, are infused in the barrel before finally being blended with the other single rums. It is tropically aged for up to three years in lightly charred Kentucky Bourbon barrels.

The rum fills the nose of lots of light floral spices and hints of vanilla. The palate overall is quite light with a burst of spice in the beginning. There is a long cinnamon spice and vanilla finish that creates a warm palate sensation. With a cork closure, a 40% ABV and a tropical spice, this is the rum you will want to sip on by the fire when the temperature drops. Serve it neat, over ice or in a signature Old Fashioned.