Everything You Need To Know About Ventura County Wines 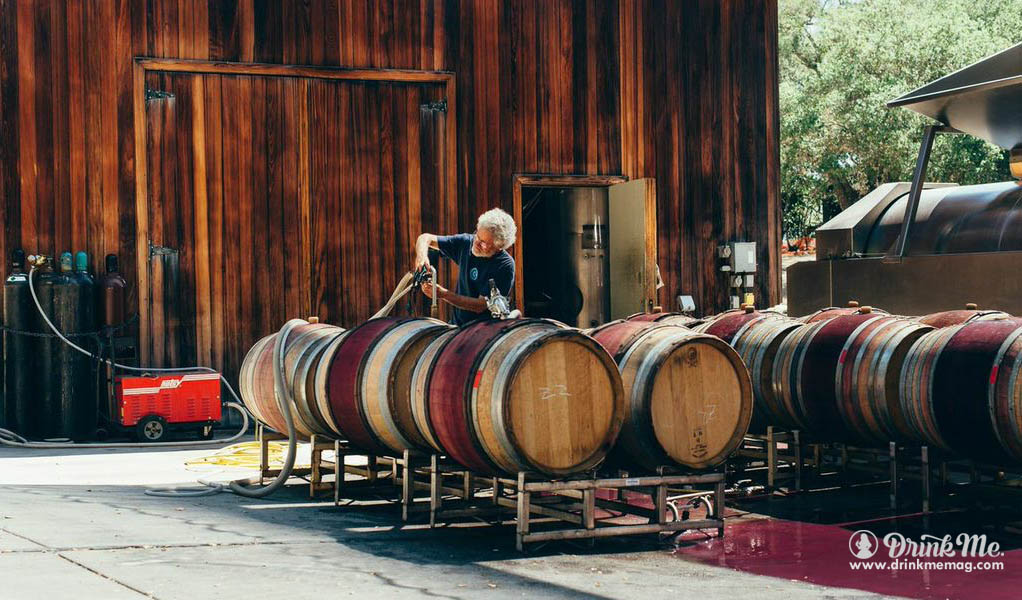 In the upper Ojai valley in Ventura County, just around sunset, the Topa Topa mountain range suddenly bursts to life with pinkish hues that light the ground, the sky, the very air. Locals call it “the pink moment”and it adds to Ojai’s reputation for other-worldly contemplation and a hippy-like groove. The natural phenomenon and its uniqueness have become a symbol for a place many describe as magical.

Just northwest of Los Angeles County, Ventura County’s wine scene is serious and focused and, perhaps, just as magical. It’s also broken—by time, by disease and by development. Grape growing began here before the missionaries sought to convert the local Chumash population and it continued all the way through the 1990’s, when Pierce’s disease brought by the glassy winged sharpshooter, which decimated the crop.

Still, the demand for wine in the region and the proximity to the Santa Barbara and San Luis Obispo wine growing regions have inspired wine growers and wine makers alike, and the county now has its very own Ventura County Wine Trail. From the border with Los Angeles to the border with Santa Barbara, Ventura County’s wine country is serious and deeply concentrated on quality.

Fabien Castel is Ojai Vineyard’s general manager and winemaker Adam Tolmach’s right-hand assistant. “Adam decided long ago that he could not make a quality wine by making 100,000 cases of it,”Castel said. “If the wine is to be good, it needs the attention the winemaker can give it and so we do that here.”The Ojai Vineyard makes about 7,000 cases a year.

The same is true for Bruce Chernof and Daniel Garcia of Ojai Alisal Vineyard. The pair grow three acres of grapes and while other wineries, including the Ojai Vineyard, source grapes from other regions, Chernof and Garcia don’t. “We only make about 250 to 300 cases a year,”said Chernof. “It’s important to us that the wines we make show off this region and this place. Our vineyards express this terroir and we’re pretty focused on that.”

But the county’s rapid growth into suburban subdivisions has taken away much of the agricultural land that the region is known for. That, combined with the threat of Pierce’s disease, which is more or less ever present, mean vineyard growth is fairly limited while wine demand in Ventura County seems the opposite of that.

Like so many winemakers, Mark Wasserman of Vinemark Cellars started making wine at home and in a club called Cellar Masters. A self-professed “wine geek,”Wasserman can sit around and talk about the nuances of making, drinking and selling wine for hours. “I made 650 cases this year and I’ll make 750 next year and after that, the plan is very simple. I want to make as much wine as I can and sell it,”he said.

Mike Brown of Cantara Cellars in Camarillo and Robert Wagner of Magnavino Cellars in Oxnard think in similar terms, though Brown’s own past growing up on a vineyard does enter into his winemaking. “I grew up in Lodi and we had Chardonnay grapes up there. It was the first wine I made and I loved it,”Brown said.

“Mike and I don’t have a vineyard in common, but we both source from Lodi,”said Wagner. “I’ve been in marketing in my day job for 32 years and I wanted to take my own advice and dare to be different. I found the fruit from Lodi and haven’t turned back. It’s fantastic,”he said.

Both men still maintain day jobs along with Wasserman, and like him, started as home winemakers, a phenomenon that is particularly prevalent in Ventura County. Amateurs plying the craft and turning professional harkens back to the apprentice era and is sorely missing in western culture these days.

In Ventura County, wine demand is high enough that local tasting rooms are a welcome entrepreneurial change. Every weekend sees long lines, tasting events and food pairings, and a clientele that is knowledgeable and eager to learn. While the vineyards cannot support the region’s wine consumption, the winemakers can and are expanding their own fruit sources, while also localizing what they can, to slake the thirst of Ventura County.

About the Author Mark Storer

Mark Storer is a writer, educator and wine junkie. Pursuing his passions of the written word and the open bottle, Mark has spent a good deal of his adult life exploring West Coast wine country from the Mexican border to Washington state and living to write about it. He also teaches English literature, journalism and composition at Camarillo High School.

Mark lives in Ventura County, California with his wife, Susan, daughter, Shannon and an assortment of pets. He writes for a number of publications including the San Jose Mercury News, Ventana Magazine, Christianity Today, Decanter Magazine, the Ventura County Star and many others.