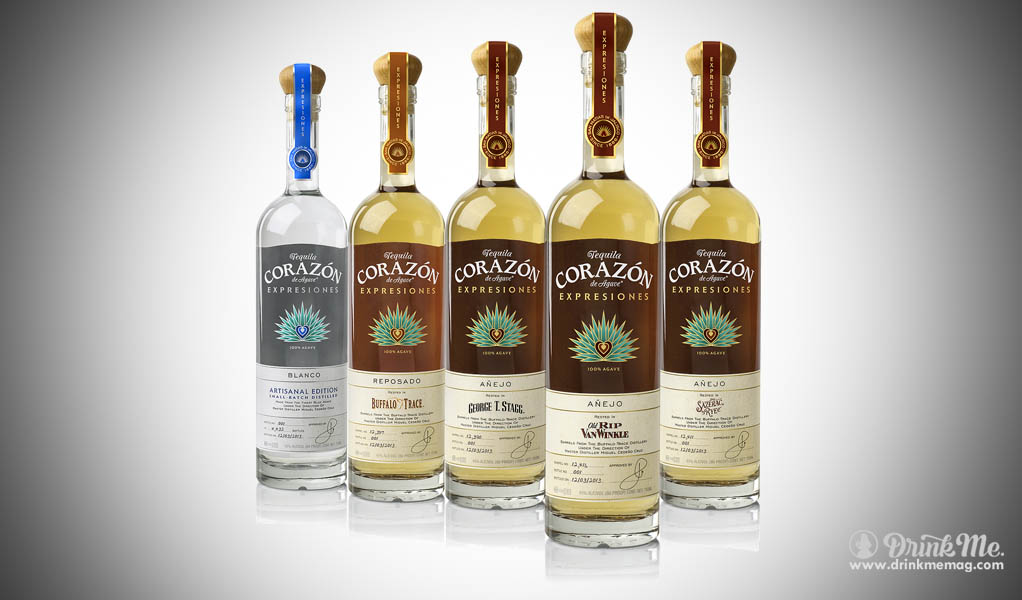 Tequila meets bourbon whiskey in a brilliant madcap experiment gone oh-so-right. In a lineup called Expresiones del Corazon de Agave, Sazerac Rye Tequila Añejo is aged 24 months in Sazerac Rye 18 whiskey barrels. And as Bourbon enthusiasts will attest, these aren’t just any whiskey barrels; in 2010, Corazon acquired the best barrels from the Buffalo Trace Antique Collection‚ including 21 barrels from each category of George T. Stagg, Sazerac Rye 18, Old Rip Van Winkle and Buffalo Trace. Using these celebrity barrels instills an inimitable flavor and unique character – age, char and charm. Admittedly, each part plays a major role in the Expresiones del Corazon project, from the people to the soil and the setting of Casa San Matias. No part is quite as vital, however, as the hand selected barrels to age the blanco, and shines as that genius extra detail that separates this project from each attempted before it. Only 5130 bottles were produced in this first batch.
*Drink Me Magazine 2014 Elite 150 Spirit