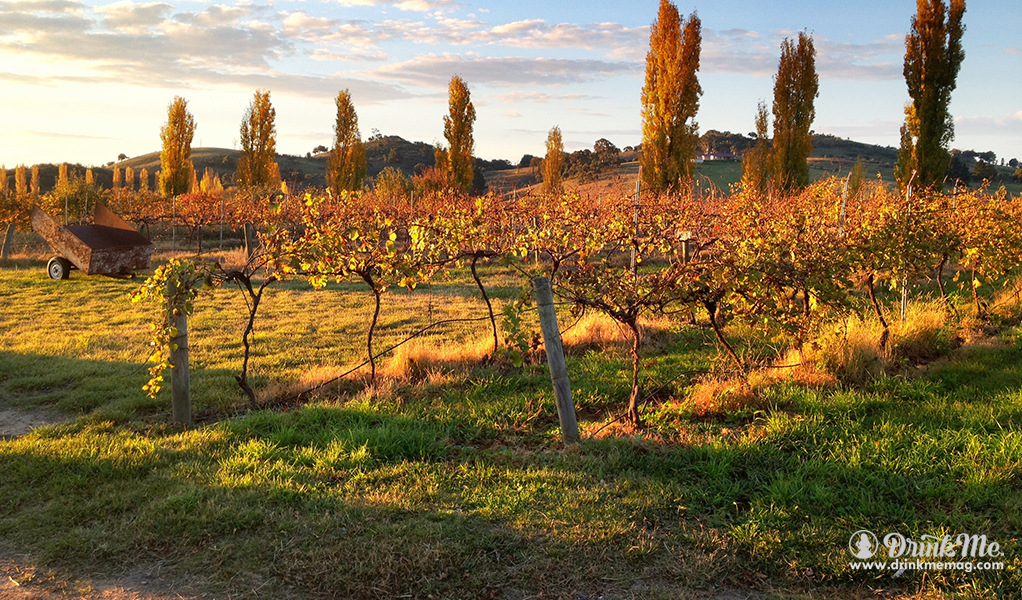 Farm-to-table is a phrase uttered ad nauseam in contemporary dining; it is the guiding mantra of locavores everywhere. But as the culinary landscape focuses its sights on locally-sourced ingredients, innovative brewers have been quietly practicing farm-to-bottle for generations. Now, however, the time is ripe for them to step out from behind the barrel. Why should foodies hog all the fun?

Working hard to promote the ideals of ingredient-minded microbrewing is Jesse Friedman, the brewmaster at Bay Area-based Almanac Beer Company. In 2010 he and business partner Damian Fagan founded the operation with the purpose of creating seasonal ales comparable to the dishes that define Northern Californian cuisine.

“Our Farm to Bottle approach is at the core of everything we do,” notes Friedman. “Every beer we make has a direct agricultural tie, so we can connect our beers to a sense of place.”

It helps that that place happens to have an unrivaled, year-round growing season. The Golden State affords chefs and brewers alike with myriad options regardless of the time of year. Only the ingredients, not their quality, fluctuate.

Almanac follows this annual procession with their Farmer’s Reserve Series. Devoted to local agriculture and an awareness of what grows best when, these seasonal releases highlight the streaming beauty of nature’s bounty.

The first in Almanac’s series showcased the autumn harvest of 2011: Cabernet, Muscat, and Concord Grapes and plums from the neighboring San Joaquin Valley. The second carried them to the end of fall with Northern Californian pumpkins, persimmons, and fresh ginger. With summer approaching, they stepped up the sweetness. Coastal strawberries from nearby Sonoma County and tart nectarines from California’s Central Valley gracefully augmented the distinct esters of wild Belgian yeast.

But with ingredients this fresh, this limited the issue of sustainability arises. The thought of franchising a farm-to-table restaurant is absurd; you’re never going to see Chez Panisse Chicago. Large-scale production runs in diametric opposition to the entire movement. Consequently, a growing demand for farm-to-bottle products presents challenges—both philosophical and practical—to breweries like Almanac

“We want to be measured in our growth into new markets so we can continue to support our local providers as we grow,” Friedman says. “For now, our growth plans are more focused on making more beers to drink here in California.”

Of course, to the beer makers of yore who relied solely on the ingredients at their immediate disposal, a phrase like farm-to-bottle would have been grossly redundant. Furthermore, while Almanac has coined the term here in the States, farm-to-bottle brewing has long been a staple of Old World beer production. Brewers in the states had to bounce back from the devastating effects of Prohibition, which effectively eliminated small market beer for the better part of a century. In Europe, the connection to the past remains seamless.

In the 18th century Belgian farmers popularized a style called saison—or farmhouse ale. Using flora indigenous to their region—grains, malts, botanicals, even the yeasts—they were able to create something distinctly local. No two saisons tasted the same. The elements composing each batch evolved with the calendar. Saison brewed in the early spring would incorporate more acidic lambics to increase refreshment during warmer months. Beers made in the early winter would use freshly harvested hops that also assisted preservation during long months of storage.

It is difficult for a large-scale brewery to work with ingredients from as localized and changeable a source as, say, one single farm. But that doesn’t stop some breweries from trying. Sierra Nevada out of California’s North Valley rose to the challenge two decades ago.

Long regarded as one of the premiere names in the craft brewing world, Sierra Nevada’s Pale Ale introduced countless Americans to the wondrous complexity of beer done right, and their handmade Estate Ale, released in 2010, has taken it another step in that direction. It’s a wet hop ale brewed in the style of an American IPA with a profound twist: all of the organic hops and barley used in production are grown at the brewery. As natural and sensible as this process sounds, this is one of very few ‘homegrown’ ales that make it to market.

This degree of provincial craftsmanship doesn’t come cheap; a 750ml bottle of organic Estate Ale retails around $15. Almanac’s beer, at a similar price, flies off the shelves. And as of late, quality has been enough to drive demand for locally-inspired beer into the stratosphere. If consumers are willing to shell out the dough, skillful brewers will continue to find ways to return to the nearby farm, no matter the associated costs. After all, you get what you pay for.

Look toward beer’s next season, the modern beer drinker will be looking more toward the ingredients listed on the label. The movement will evolve to incorporate other regions of the country; places with growing seasons far less perennial than California’s. As such, the movement won’t exclusively focus on the freshness of ingredients, but it will also expand flavor profiles beyond traditional boundaries like working root vegetables of a Northeastern winter into a spiced ale. When there is a vast array of revolving produce to work with and when that very bounty is in fact the market’s focus, nothing—no matter how unconventional—is off limits.

“Crazy is in the eye of the beholder,” Jesse Friedman reminds us. “Nothing at the farmer’s market is off limits.”

Next post We Just Reviewed 6 Madeira Wines That Will Blow Your Mind.