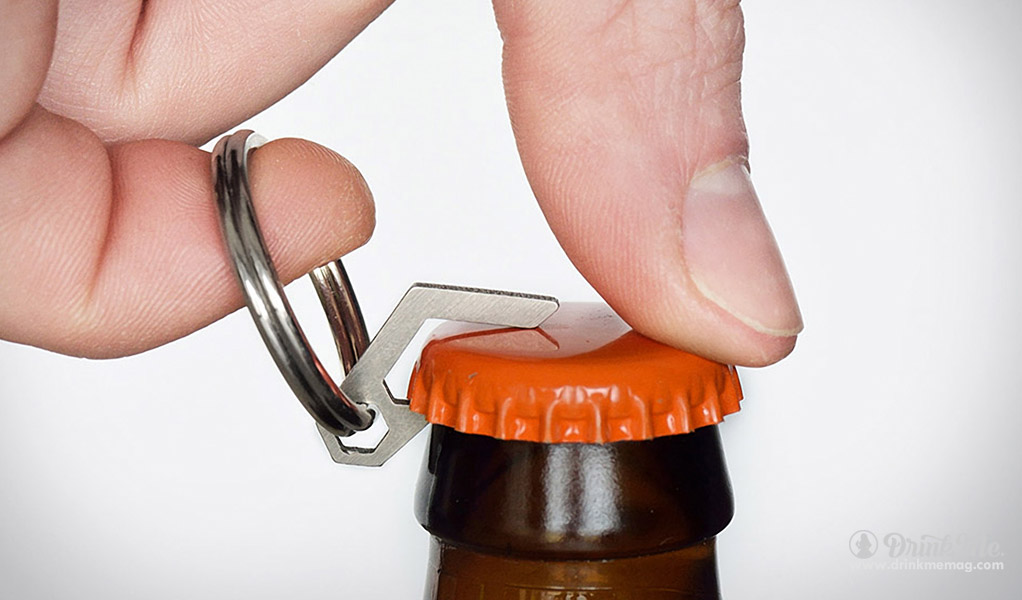 You never know when you’re going to pop open a craft brew, right? That’s why we carry a key chain bottle opener. But don’t you just hate how the “convenient” clunky opener “inconveniently” weighs down your keys?

At least 6,362 people hate it. That’s because this Pico bottle opener had that many backers on Kickstarter when Raleigh, North Carolina-based Pangea Design ran its crowdfunding campaign. Touted as “the smallest bottle opener around,” this tiny piece of functional genius was developed by Michael Dickson, a designer with a knack for industrial materials.

The result is a bottle opener the size of the tip of your finger. And it’s 100% titanium, so it’s not going to bend or break over a bottle that’s difficult to open. The only thing bending is the bottle cap, and I’ll drink to that.