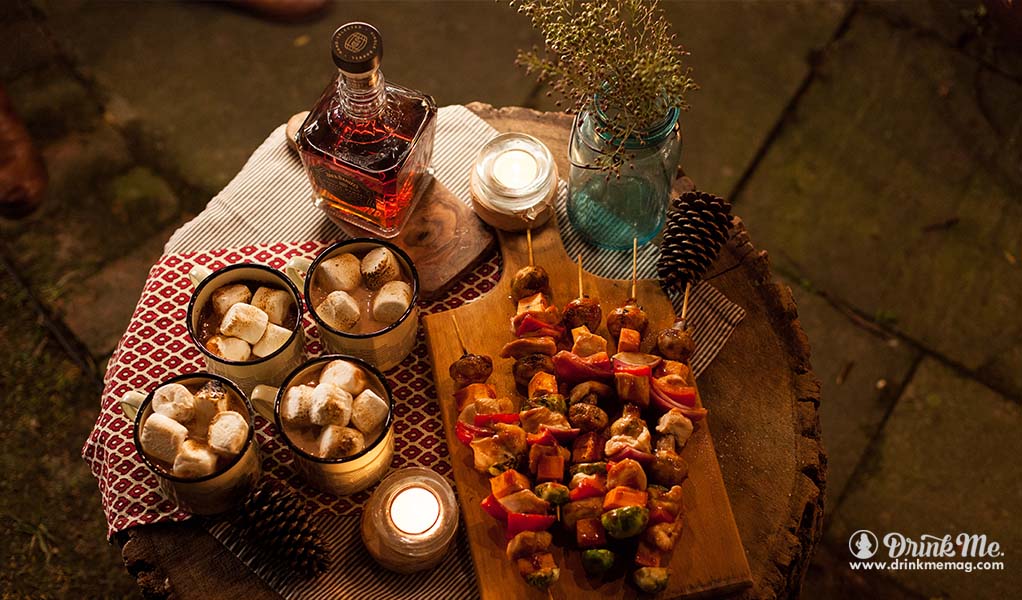 Jack Daniel’s is a brand of Tennessee whiskey made in Lynchburg Tennessee. Founded in 1866 by Jack Daniel himself, this quality brand of whiskey is one of the most cherished whiskeys in the world. The not-so-secret ingredient of Jack Daniel’s is Lynchburg’s natural resource-limestone spring water, which lives within the depths of a two-mile deep cave. Without Jack Daniel’s mash recipe, a mix of corn, rye, and barley, the whiskey wouldn’t be what it is today.

Jack Daniel’s first-cask strength whiskey, Jack Daniel’s Single Barrel Barrel Proof is bottled straight from the barrel from 125 to 140 proof. Smooth, intense, and diverse, this whiskey takes Jack’s trademark vanilla and toasted oak flavors to bold new levels. Curl up by the fire and prepare to get toasty with this spiked s’mores cocktail and easy appetizer!

Assemble kebabs. Season with coarse salt.
Grill over medium high heat for 10- 15 minutes until veggies are all cooked.
Brush with barbecue sauce halfway through cooking and again once more before removing from the grill.

In a pot over medium-high heat, bring the milk to a simmer. Add the cocoa powder and stir until there are no lumps. Add the sugar and chocolate, stirring until it has melted and become incorporated. Divide the whiskey between 4 mugs. Ladle the hot milk mixture into the mugs and serve with toasted marshmallows.