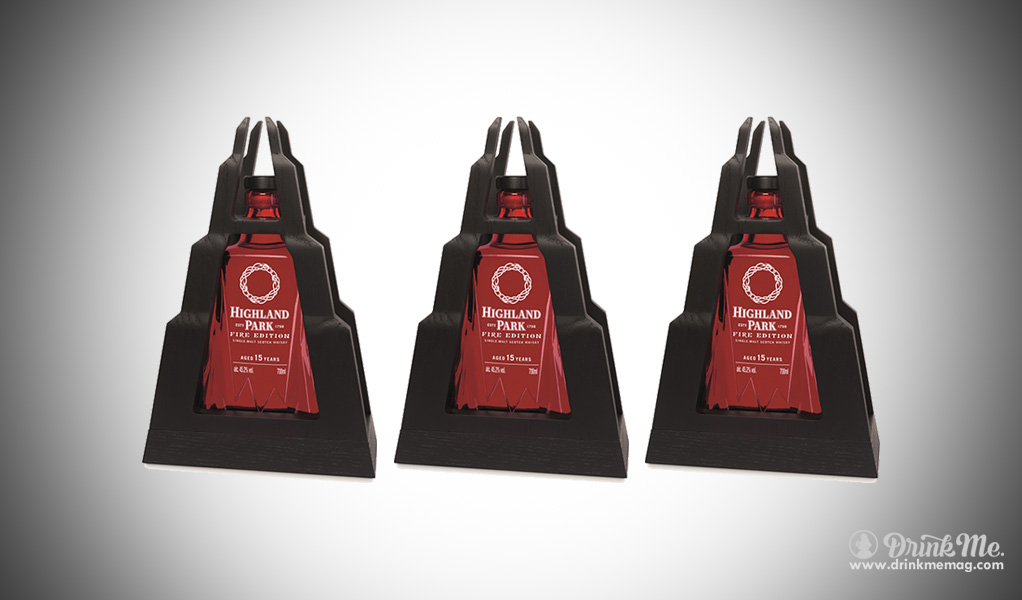 Shrouded in mist and legends, Scottish distillery Highland Park is over 218 years old. Its remote Orkney location flavors the character of the final product—Scotch whisky made according to local tradition. Highland Park’s latest release, FIRE Edition, is a tribute to a period even further back in Scotland’s history. The single malt whisky’s sensual character—a spicy mixture of cinnamon, damson plums, and citrus—conjures up the mythical giant Surtr, ruler of the Fire Realm in Viking lore. Aged for 15 years in refill port wine seasoned casks, FIRE Edition emerges with a smoldering ruby hue (and at 85 proof, the stuff is indeed quite flammable). Highland Park presents this whisky as the complement to its ICE Edition released earlier this year; both bottles come accompanied with booklets detailing their spellbinding Viking settler inspirations.